Jethro, why don’t you try usin’ your head for thinkin’?

Bea played Pearl Bodine, Jethro’s maw. She was originally brought in to play the role of Granny, but she was cast as Cousin Pearl instead. She was great in the show, so great that they gave her another role in a show called Petticoat Junction. Bea played Kate, mother of three darling girls (One who should have been Sharon Tate. The girl that replaced Sharon after the pilot was filmed, Meredith MacRae, died this year, from brain cancer.

Findadeath.com friend John H. writes: Sharon Tate was originally Billie Jo, but Meredith McRae was the third actress to play her. The others were Jeannine Riley and Gunilla Hutton, who ran the “Shady Rest Hotel.”

I used to love it when the Green Acres, Petticoat Junction and The Beverly Hillbillies would merge casts, for special episodes. Remember the Thanksgiving one? Fantastic stuff. 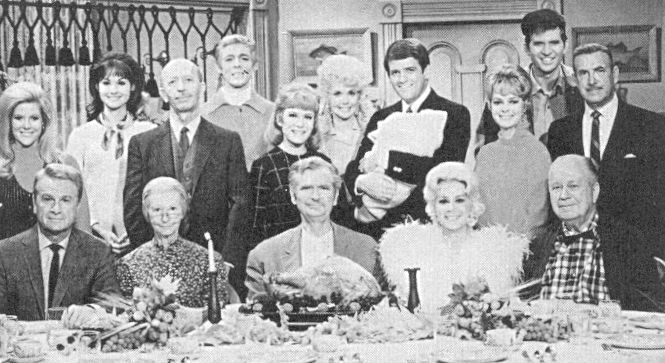 Anyway, I know very little of Bea’s demise. She was married to a guy named Eugene Twombley, and together they lived on Blairwood, in Studio City. 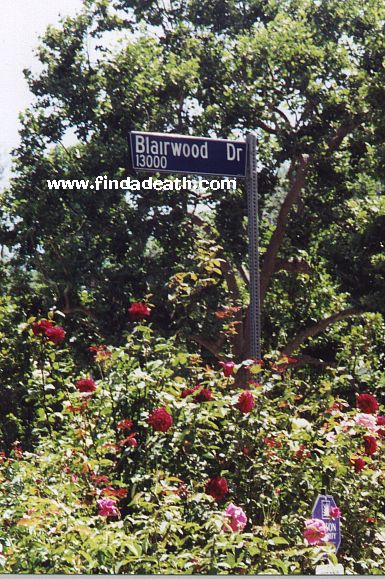 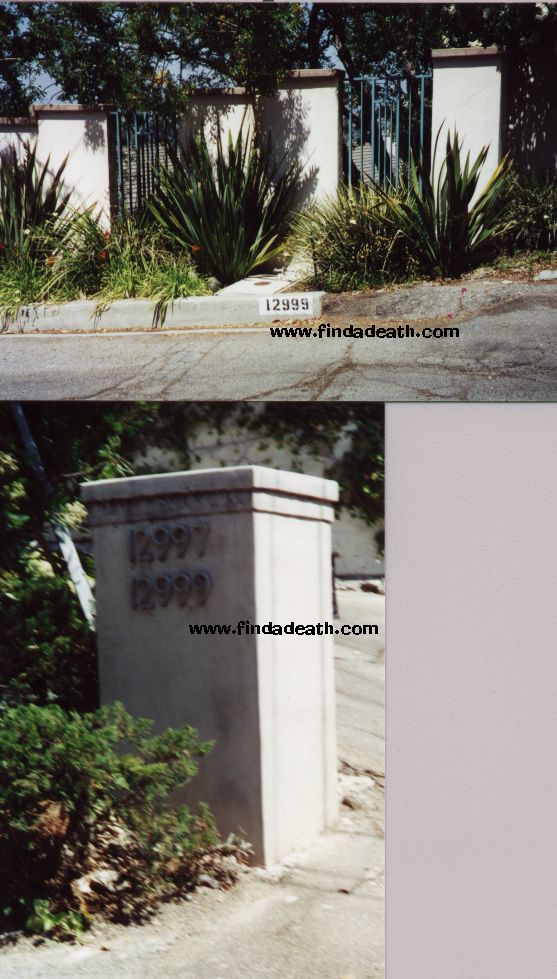 Unfortunately, it’s way back, but Steve Goldstein managed to snap a pic of the driveway, as well as the others. 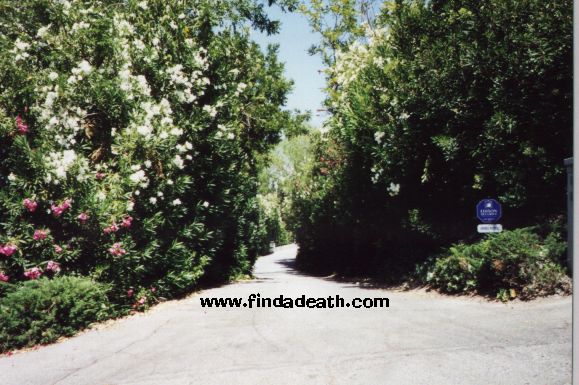 As usual, Steve, thank you. Wanna see her mailbox? 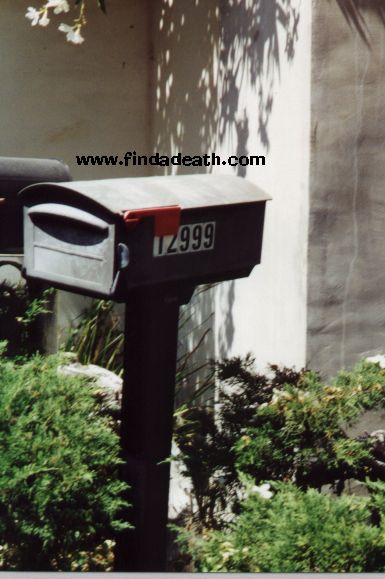 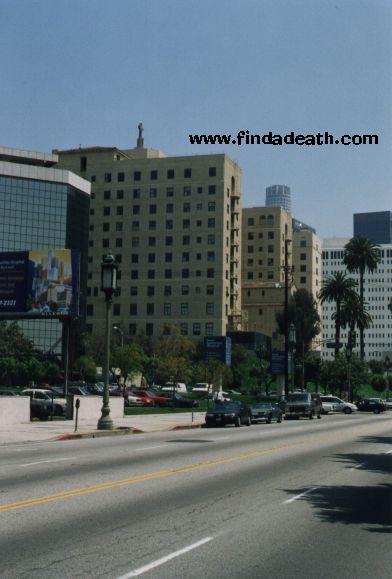 By the way, Bea was the original voice of Betty Rubble, on The Flintstones.

Added May 2002:  Great site! But… I was surprised that the info on Bea Benederet did not mention that she played the “second female lead” on the Burns and Allen Show during its entire run. She played next-door neighbor Blanche Morton, Gracie’s best friend. This was before Petticoat Junction, of course. -Jean Imperatrice

Added September 2002 from Findadeath.com friend Larry Muncie:  Here is some fill in information on Bea Benederet. In addition to her role on the Burns and Allen Show Bea appeared on a few episodes of Ozzie & Harriet. Earlier in her life she did extensive radio work on Jack Benny, Fibber McGee and Gildersleeve. She also did voice work for Warner Bros. Looney Tunes where she played the voice of Granny in the Sylvester and Tweety cartoons. Of more interest was the role she never played: in 1951, Bea was Lucille Ball’s original choice to play the part of Ethel Mertz, on I Love Lucy. But unfortunately, she was unable to escape her radio contract with Burns and Allen. Her husband was a movie sound technician who outlived her by four days.

ALSO: Bea was also some of the female voices of Warner Brother’s characters in the 1940s. You can distinctly hear her voice in a Little Red Riding Hood classic playing an “annoying bobby soxer”. She also did other female characters as well. Tune in to Cartoon Network when they have their 40s WB’s on (the best era I think for the cartoons), and notice if you can hearher voice characterizations. -Linda Ferrington

FAD friend Julie Canfield wrote me last year regarding Bea Benederet, asking for clarification of the following: “There were a couple of episodes towards the end of the time she was on Petticoat Junction, that she was off the show and then returned. When she was in the “hospital room,” with Betty Jo, Steve, and Doc Stuart, she was only filmed from behind. It was her voice, not her body.” I’m not sure, Julie, but I do know that television mother of the universe, June Lockhart, replaced her as the female lead in the show. Thankfully, they didn’t give her the actual KATE part, but gave her another role.

Findadeath.com friend Terry Fielding writes in:  The Bea Benaderet story mentioned that her last appearance was filmed with the use of doubles. That’s true, but she phoned in her last lines that were dubbed over the double. Loyal to the end, her real husband Eugene Twombly died a week after Bea, of heart failure. Their son was Jack Bannon, who was on Lou Grant.     Thanks, Terry.

On the 16th of October, Bea was buried in Valhalla Memorial Park, in Van Nuys, Ca. She was only 62 years old. Thank you Steve Goldstein, for those pictures. 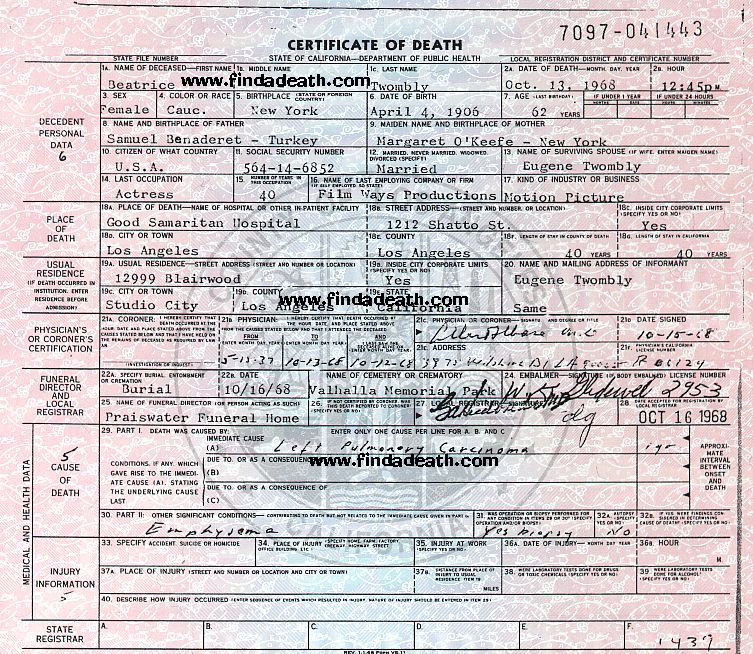