You’ve got to keep trying…
I never danced a step in my life so naturally. My first motion picture was a musical, and Bob Fosse was the choreographer. I didn’t exactly dance for Fosse, I just did the best that I could to do what he taught us to do.
I’ve been blessed. I have no complaints. I’ve been surrounded by people in radio, on stage and in motion pictures and television who love me. The things that have gone wrong have been simply physical things.
Radio allowed people to act with their hearts and minds.
Every time I listened to Lux Radio Theatre, I wanted to vomit.
When I did Inherit the Wind, I learned about teaching school. I also found out what a fundamentalist was.
Anyone who would let Gary Cooper and the entire cast go charging on horseback without first finding out what kind of footing the horses had is nuts and cannot possibly direct a motion picture.
I took pain pills to get to sleep because I didn’t want to go to work the next day exhausted.
We bought an apartment building and were going to live off the rent money. We rented to people who were on welfare and a lot of times they couldn’t pay the rent. We wouldn’t throw them out so we lost the building.
I was seeing everything through pain. I would roll out of bed and do my exercises. I had to do that to work out the remainder of the pain pills. I would drink coffee and go to the set and plunge myself so far into my work.
Show More Quotes
Show less

By far the most popular Darrin (1964-1969), he left the show Bewitched after filming 116 episodes because of a back injury he received while he was on location for the Robert Rossen film, They Came to Cordura, which starred Gary Cooper and Tab Hunter. He also suffered from emphysema and spent his final years in an overstuffed chair hooked up to an oxygen tank. I don’t know if he considered himself an artist, but this is what he sent to me. 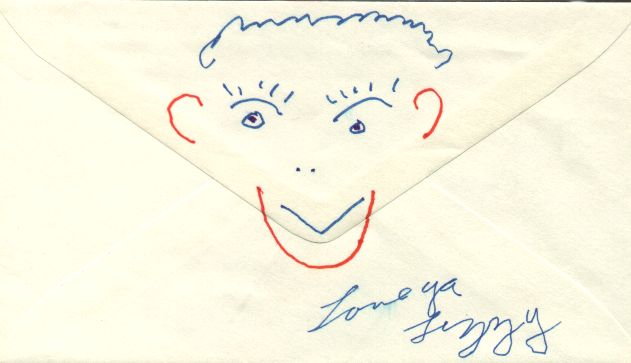 Dick was not a dick. This man spent most of his time on the telephone raising money for the homeless and getting people to donate food and clothing. His group was called “Acting for Life.”

He once said, “You know, three whales get in trouble and people from all over volunteer to help.  Wouldn’t it be wonderful if one old has-been actor with a hose up his nose could help millions?” 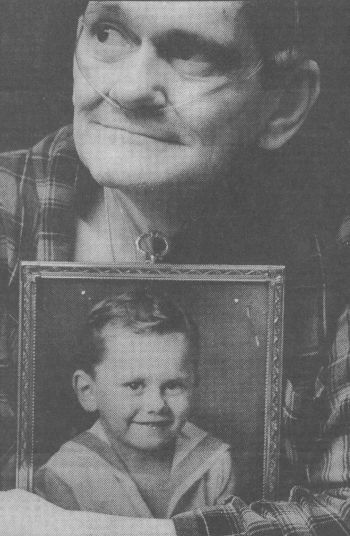 Most reports claim that he died in his home at 5370 Belding Road, in Rockford, Michigan on the afternoon of February 20, 1992. Dick was 63 years old. 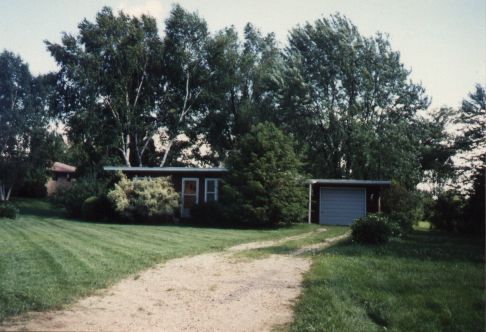 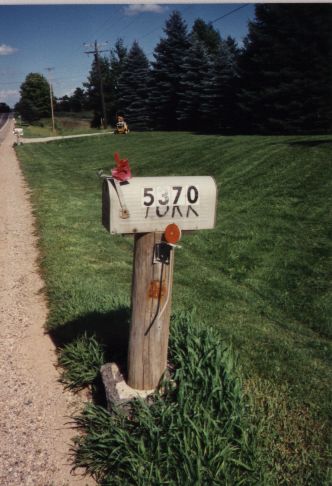 Services were held at 1 PM, on Feb 22, 1992, at the Pederson Funeral Home, 127 N. Monroe Street, in Rockford, and he is interred in the Plainfield Township Cemetery. 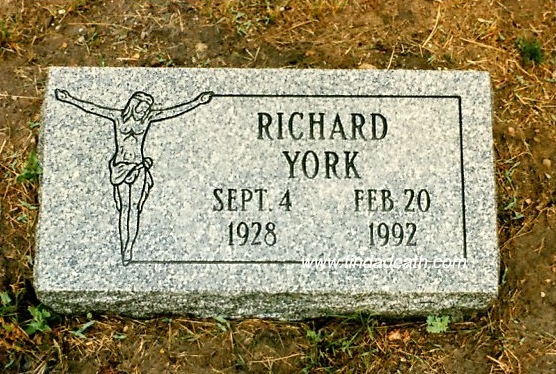 Trivia: When he was replaced by Dick Sargent on Bewitched, the ratings dropped 13 places.

Enjoy your site.  In regard to Dick York, several years ago he would always be on WLUP radio station here in Chicago via phone with Jonathan Brandmeier.  Brandmeier would help York raise money for the homeless, and upon hearing of a donation Brandmeier had raised, York was quite moved. He thanked him and said, “John, that reminds me of something my mother always said, “Reach for the light – a Bud Light,” cracking everyone up in the studio.  Quite a man that could sit in his home in Michigan raising money for the homeless while suffering, and still crack a joke.

Unfortunately in 2011 the York home was demolished.  Thank you FAD friend Glennes Page for letting us know this sad news. 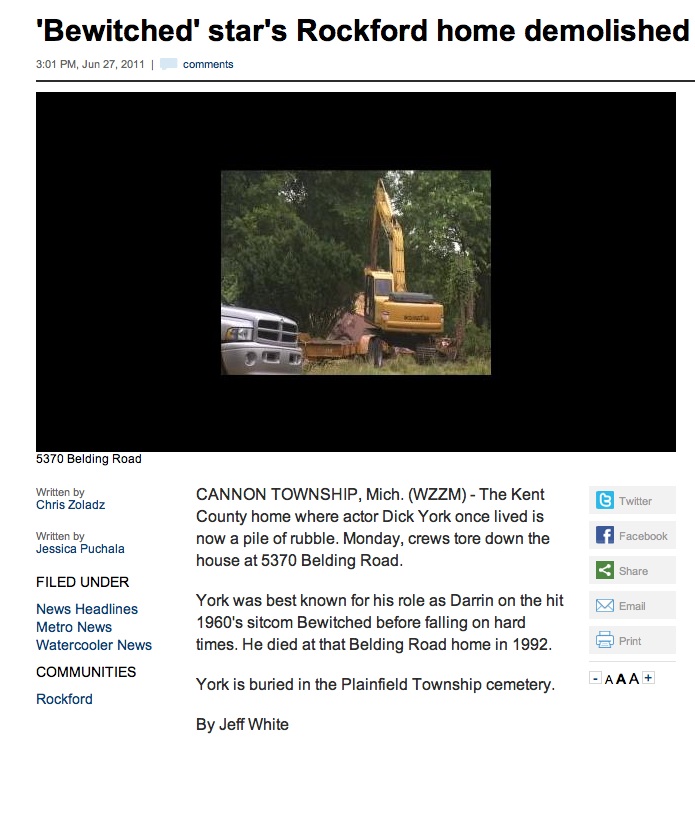