Tell him I was too fucking busy — or vice versa.

If you think your best friend will look out for your best interests after you check out of this life, then listen to the tale of what happened to Dorothy Parker’s ashes after she died in 1967. The celebrity wit, writer and member of the Algonquin Round Table had a deep affection for death-inspired imagery. 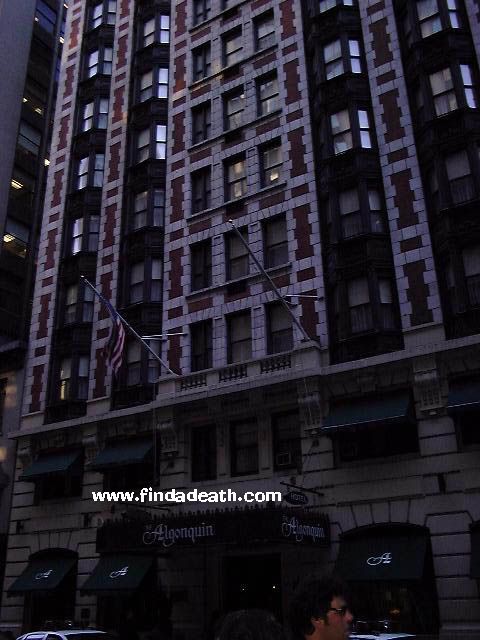 She was asked once to compose her epitaph: “Excuse My Dust,” she wrote. Later, she penned another: “This Is On Me.”

Dorothy Parker was born in West End, N.J., on August 22, 1893 and lived in New York, Los Angeles and Bucks County, Pa. A founding member of the New Yorker, Mrs. Parker was once one of the most-quoted people in America. She wrote poetry, short stories, criticism and screenplays. Her nine books of poetry and short stories have never gone out of print. She was nominated for the screenplay for the original “A Star Is Born” in 1937, and collected literary prizes along with subpoenas to testify to the House Un-American Committee as a suspected Red. Her quips fill up books. In a word game, she was challenged to use “horticulture” in a sentence. Her reply: “You can lead a horticulture but you can’t make her think.”

Both her husbands died with drugs in their blood. On June 14, 1963, when her second husband, screenwriter Alan Campbell, died of a barbiturate overdose at their house at 8983 Norma Place in West Hollywood (same block as Carolyn Jones), a neighbor went to console Mrs. Parker. The friend asked if there was anything she could do. “Get me a new husband,” was Mrs. Parker’s reply. The friend was shocked and told Mrs. Parker it was the most tasteless thing she had ever heard. “Then run down to the corner and get me a ham and cheese on rye. And tell them to hold the mayo.”

Four suicide attempts never worked for Dorothy Parker, probably best known for authoring “News Item” — “Men seldom make passes/At girls who wear glasses.” Death imagery in her work is common, such as the gem “Resume” she penned in 1925 and “Tombstones in the Starlight” in 1929. When she turned 70, she told an interviewer who asked what she was going to do next, “If I had any decency, I’d be dead. All my friends are.” But death waited until she was 73, and a fatal coronary came on June 7, 1967. She was living in the Volney; a residential hotel located at 23 East 74th Street between Fifth and Madison avenues on New York’s fashionable Upper East Side. 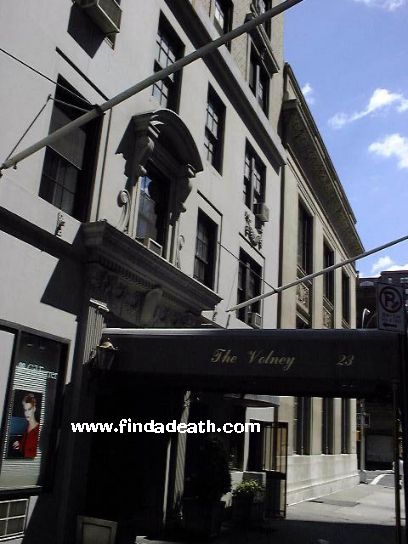 Her memorial ceremony was held at the Frank E. Campbell funeral home, on the corner of East 81st Street and Madison Avenue, just seven blocks from the Volney. 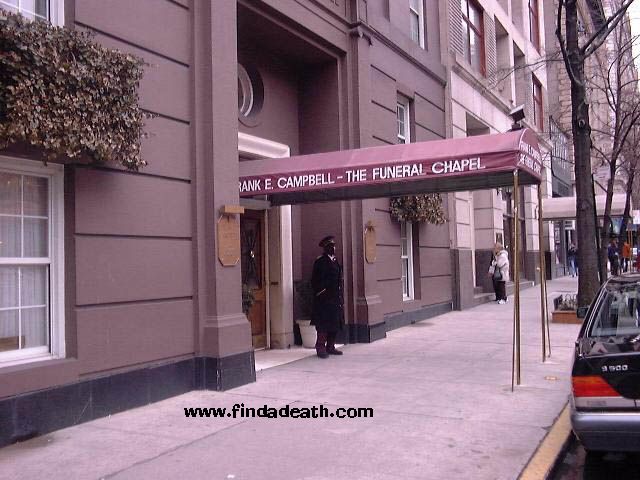 Campbell’s is the funeral home to the famous and infamous, others who have passed through the doors there are Judy Garland, Lou Gehrig and John Kennedy Jr. and his wife.

Her will was plain and simple. With no heirs, she left her literary estate to Dr. Martin Luther King Jr. She’d never met the civil rights activist, but always felt strongly for social justice. She named the acerbic author Lillian Hellman as her executor. Within a year of her death, Dr. King was assassinated, and the Parker estate rolled over to the National Association for the Advancement of Colored People. To this day, the NAACP benefits from the royalty of all Parker publications and productions.

She was cremated, and this is where the story takes a sharp right turn. Parker was cremated on June 9, 1967, at Ferncliff Crematory in Hartsdale, New York. Hellman, who made all the funeral arrangements, never told the crematory what to do with the ashes. So they sat on a shelf in Hartsdale. Six years later, on July 16, 1973, the ashes were mailed to Mrs. Parker’s lawyer’s offices, O’Dwyer and Bernstein, 99 Wall Street. Paul O’Dwyer, her attorney, didn’t know what to do with the box of ashes. It sat on a shelf, on a desk, and for 15 years, in a filing cabinet.

Hellman went to court to fight the NAACP over Parker’s literary estate. Hellman lost in 1972 when a court ruled that she should be removed from executorship. Hellman, also the widow (they had a relationship lasting 30 years.  Common-law.) of Dashiell Hammett, was adamant that she get Parker’s money, and came out of the mess painted as a racist. She was sure the will was supposed to give her a huge sum. Hellman said, “she must have been drunk when she did it.”

In 1988, someone figured out that Mrs. Parker’s ashes were unclaimed, 21 years after her death. New York tabloids ran stories and readers sent in letters about what should be done with the dust. But the NAACP stepped in and took the box from Paul O’Dwyer’s drawer. The NAACP built a memorial garden at the national headquarters in Baltimore, and interred the ashes there. However, Dorothy Parker’s epitaph doesn’t say, “Excuse My Dust.” 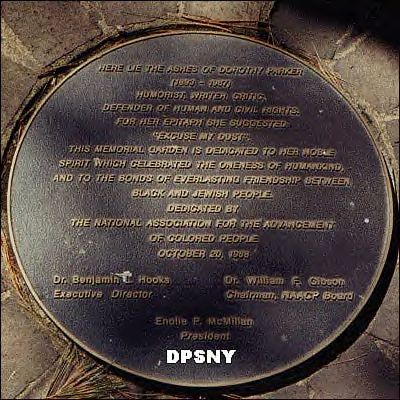 Thank you so much, Kevin.  If you want to know more about Dorothy, go to Kevin’s own website dedicated to her.  Click this link.