I may not get there with you. But I want you to know tonight, that we, as a people will get to the promised land.

When I was in Atlanta a couple of years ago, I went to that God awful Gone With the Wind museum that I rant on and on about in the Margaret Mitchell story. Shortly after leaving that place, my friend and I walked thru the most scary section of Atlanta (I’m originally from Detroit – I’m entitled to this opinion) to get to the birthplace of Martin Luther King Junior. 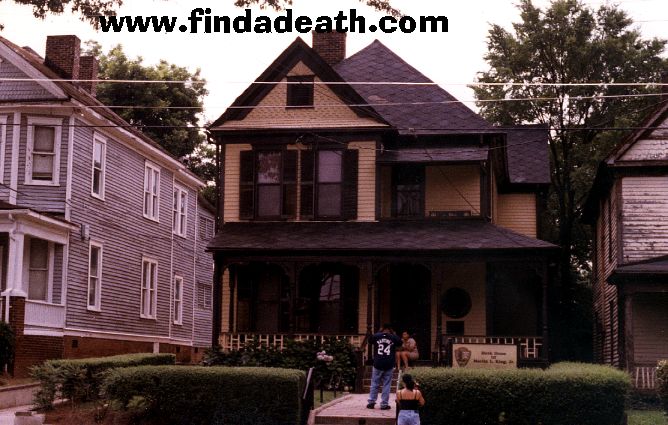 During his life, which is well documented elsewhere – he did many amazing and brave things for all people. He was an inspiration, and had balls of steel.

On April 3rd  1968, King was in Memphis, Tennessee. There was a sanitation worker’s strike and King gave what would be his last speech:

“We’ve got some difficult days ahead. But it doesn’t matter with me now. Because I have been to the mountaintop. And I don’t mind.

Like anybody, I would like to live a long life. Longevity has its place. But I’m not concerned about that now.

I just want to do God’s will. And He’s allowed me to go up to the mountain. And I’ve looked over. And I’ve seen the promised land.

I may not get there with you. But I want you to know tonight, that we, as a people will get to the promised land. And I’m not fearing any man.

Mine eyes have seen the glory of the coming of the Lord.”

While in Memphis, King was staying in the Lorraine Hotel, in room 306. 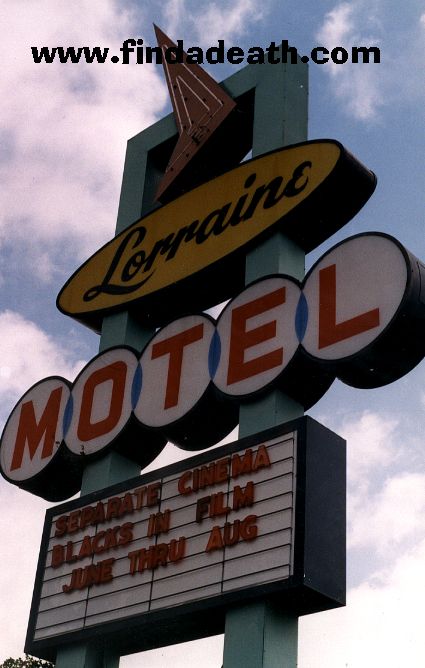 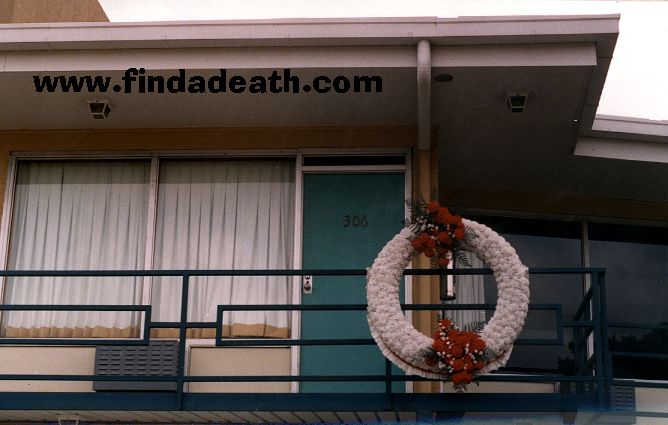 They let us peek into a window to see inside the room, lovingly restored to the way it would have looked in 1968 – complete with dirty coffee mugs. They didn’t let us take pictures, but they did sell these photographs. 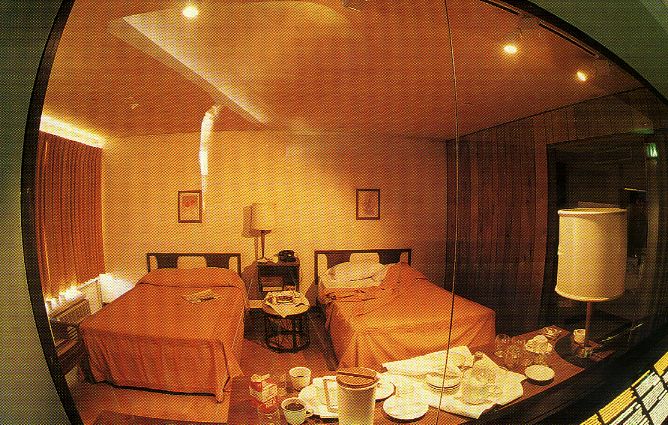 Shortly after 6 p.m. the next day, the 4th,  King and a few other men stepped out onto the balcony outside room 306. 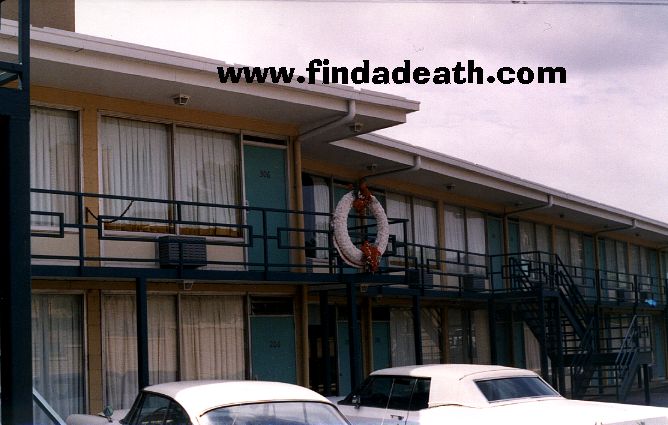 He leaned over the railing to speak to his associate Jesse Jackson (ugh), who was standing below in the parking lot with musician Ben Branch, who was going to perform at a rally that evening. Jackson introduced Branch to Dr. King, and King said, “Yes, that’s my man!” That’s when the single bullet from a Remington pump action rifle tore into King’s neck. His necktie was torn off from the blast. King’s friends heard the direction the bullet came from, and pointed in that direction. 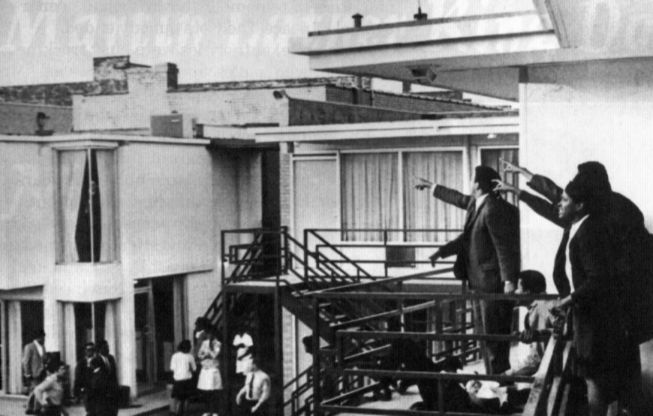 You can see that the men saw where the bullets came from, in the direction they were pointing, at these buildings. 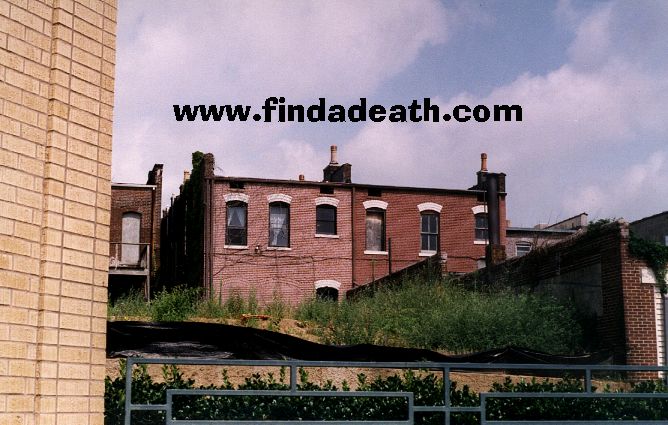 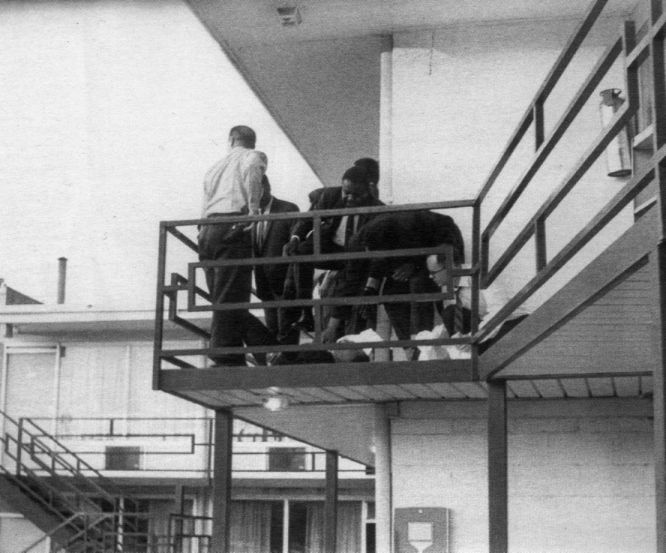 King was rushed to St. Josephs Hospital in Memphis. 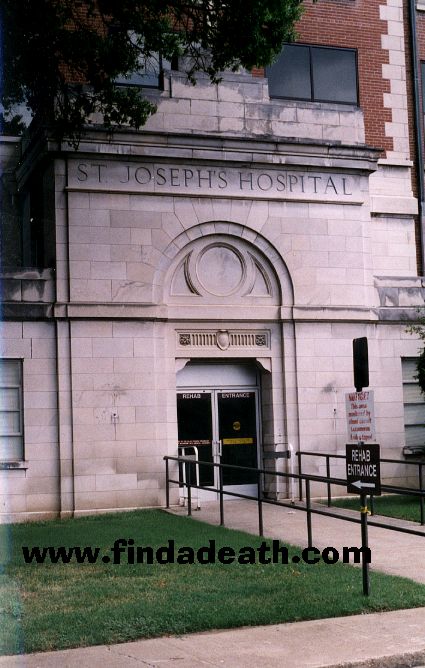 He was taken into emergency surgery, but was pronounced dead at 7:05 p.m.
The sane people of the world went into mourning. Others were angry and started riots, quickly calmed by announcements from Coretta Scott King.
On the 8th of April, King’s body lay in state at Sister’s Chapel, on the campus of Spellman College in Atlanta. A private funeral was held on the 9th at his father’s church, Ebenezer Baptist Church. 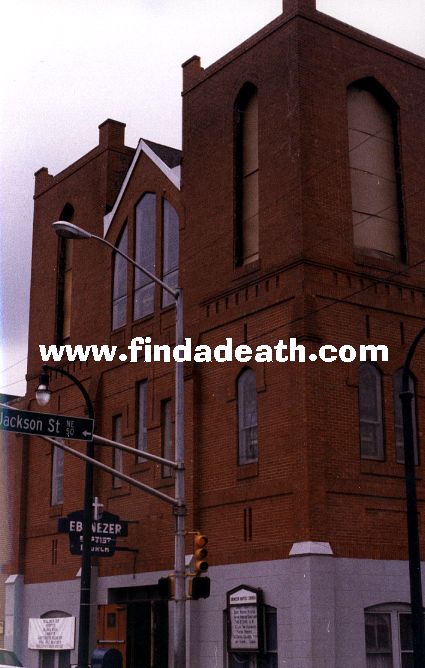 His body was taken on a mule cart pulled by two mules, obviously. 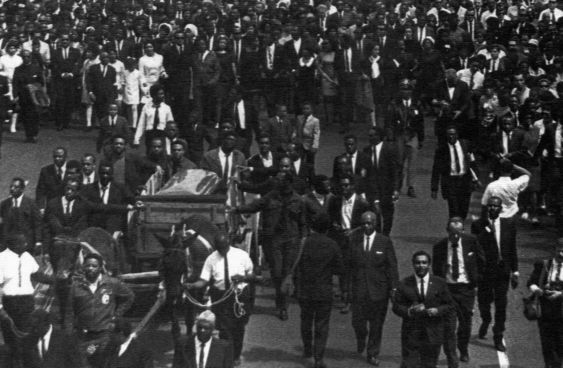 100,000 black and white people followed the procession to the South View Cemetery, in Atlanta, where King was buried.

WARNING!  Dead pic.  Appreciation to Findadeath friend Joab Scott.
The mule cart was obviously symbolic for poor people, and being a humble man. Much like Diana POW and Mother Theresa’s gun carts symbolized, hey wait a second. What the hell did it symbolize?

New pal Darryl sends us this:  The mules are actually a symbol of freedom.  Each slave was given a mule and 40 acres when they were freed by the Emancipation Proclamation.  You’ll also find that Spike Lee’s independent film company is called, “A Mule & 40 Acres”.  It’s a relatively strong symbol of freedom.

On January 12, 1970, King’s remains were exhumed and reburied in the Martin Luther King Memorial Center, just down the street from his birth home. Now it’s called the Center for Non Violent Social Change. 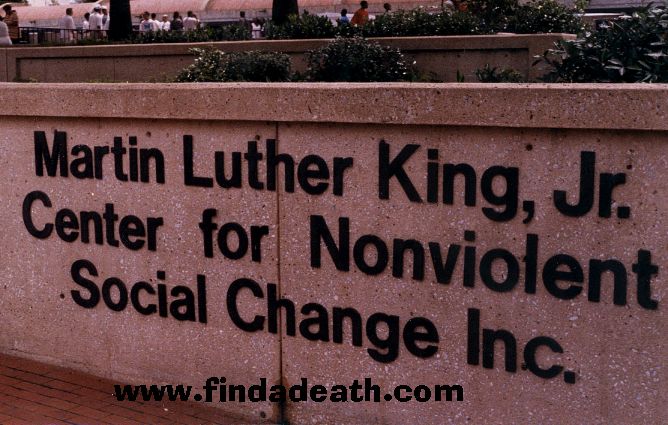 King’s grave is over the reflection pool, and his speeches play constantly on the loud speakers. 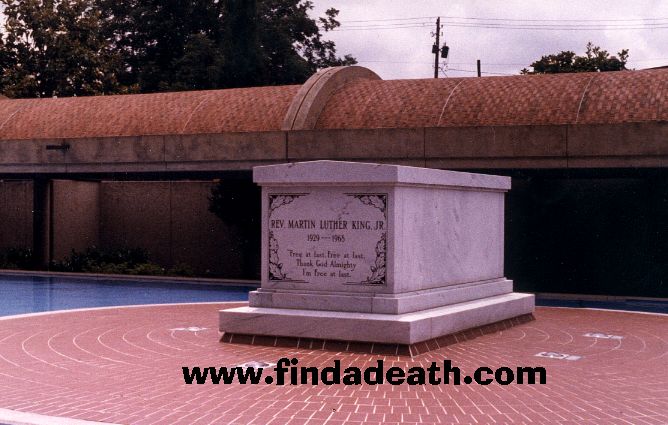 Two months after King was shot, a man named James Earl Ray was arrested in London. 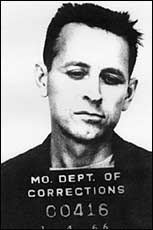 He was a loner, a bigot, and an ex con. Ray claimed he shot through an upstairs bathroom window in one of these buildings.

He said he worked alone, but a lot of people think that Ray was only a small part of a much bigger issue. You can read all about it and another trial they did recently, if you click on this link. It’s so fascinating. Tell me what it says.

Ray was sentenced for 99 years, and inevitably died in prison in April of 1998. He was being treated in the Memorial Hospital in Nashville at the time, for a liver disease. They were actually considering giving him another liver, which would be way generous of them, don’tcha think? But I tell you, if I was one of those surgeons, and my skin tone was a bit dark, you just don’t know how slippery those livers can be! Oh, and Ray’s brother is trying to get the gun back that his brother used to off Martin.

There is now a plaque on the outside of the Lorraine hotel, which has turned into a civil rights museum. 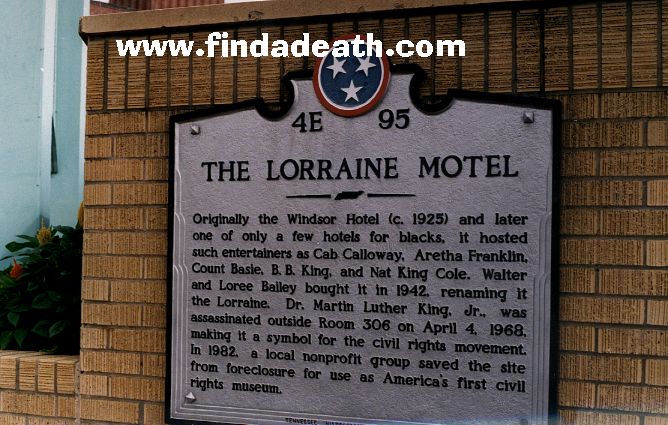 They have a bus that represents the one Rosa Parks wouldn’t move off of, but I just read that the Henry Ford Museum bought that baby, so it will be on display with JFK’s assassination vehicle. Cool.

March 2002, Findadeath.com friend Nutty Nut Buster sends us an article about the bus.

Big snaps to Robert B. Dickerson, Jr, for his book Final Placement, where some of this information was acquired.

Trivia : I don’t know if this is true, but supposedly Martin Luther King paid the doctor bill for Julia Roberts’ birth. Roberts parents were destitute. King was killed 6 months after he helped bring our Julia to the world.  Thanks to Findadeath.com friend Bill, for sending it along.