Anything new and beautiful makes one think beautiful thoughts.

One of my duties here, is to dispel myths – untruths about Hollywood deaths that are perpetuated because of their outlandish circumstances.  These are usually referred to as “Angerisms” after Kenneth Anger, who is responsible for two works of fiction, Hollywood Babylon 1 & 2.  Though good picture books, Anger made up a lot of stories, stories which are unfortunately repeated as fact.  James Dean the human ashtray?  Angerism.  Lupe Velez drowning in the toilet?  Same.

Irene Gibbons was known by only her first name, and was one of the most successful costume designers in motion picture history.  She took over from Adrian at MGM, and went on to establish her own company, Irene, Inc.  Interesting Irene career information available here.

Now, I have heard several stories about what drove her to suicide.  Some say she was in love with Gary Cooper who died in 1961.  I don’t buy this story.  First off, and I might catch some shit for this, but I see her picture, and I think lesbo.  She was also very close with Doris Day, which is what supports that theory for me.  Officially, her husband was quite ill, and she was upset over his condition.  He had several strokes and was paralyzed.  She lived with her husband in this sweet little house in Beverly Hills. 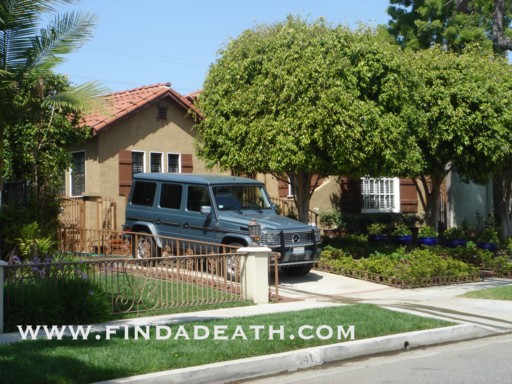 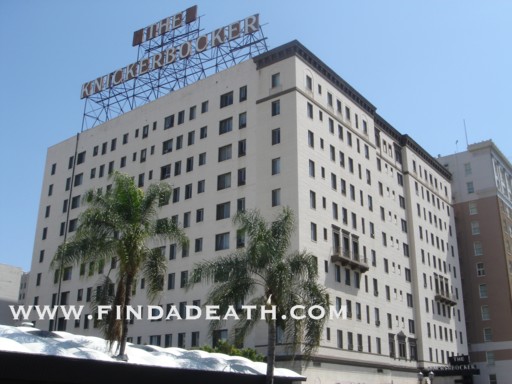 She was hitting the Smirnoff, as they found 2 pint bottles, one empty and one in the bathroom with 2 shots left in it.  During those few hours, she penned a two page suicide note mentioning her husband’s illness, and apologizing to hotel guests for any inconvenience her death may cause.  At 3:12 that afternoon she pushed the screen of her window and jumped. 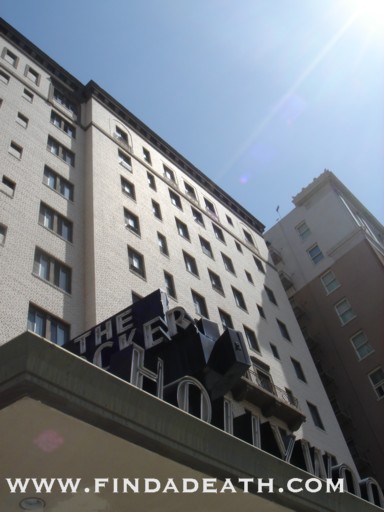 A Mr. Lombardo was staying in room 429 and heard the crash on the roof, and contacted the hotel manager, Mr. Tozzi, who discovered Irene on the 3rd floor roof, 9 feet in front of room 329. 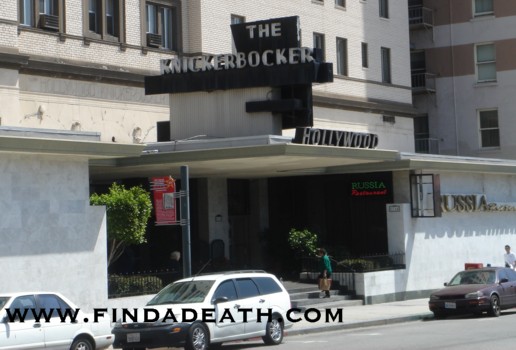 She was found immediately (not several days later) and her wrists were not cut.  She did have a sore on her hip which was bleeding, and they found a bloody bandage in the room

In her purse, which was also left in the room, there was $1.62 in cash, cosmetics, 3 credit cards and a drivers license. 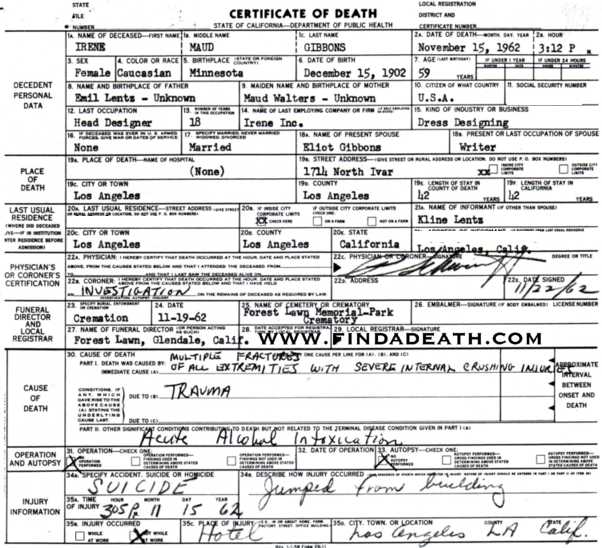 She was cremated and is located in Forest Lawn Glendale.

The Knickerbocker is now a retirement home, the former home of Larry Fine of the Three Stooges, and where Frances Farmer was arrested and William Frawleypronounced dead in the lobby, and director D.W. Griffith collapsed in the lobby and died.  The residents of the hotel are foreign and unfriendly.

Thank you to Craig for your help.