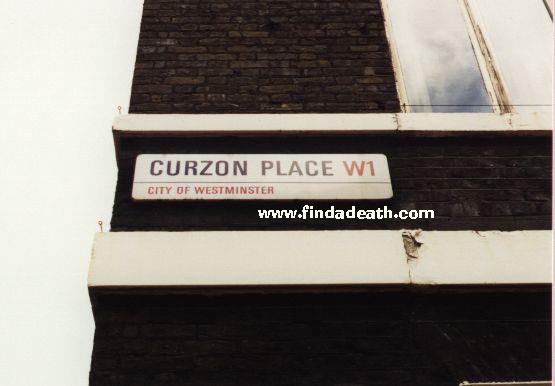 The building address is number 9. 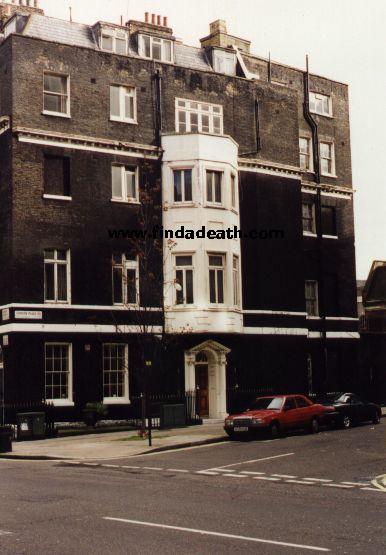 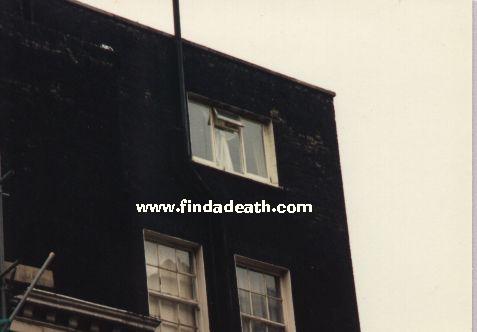 This is a pretty cool bunch of photographs of the interior of the flat.  It was owned by Harry Nilsson. 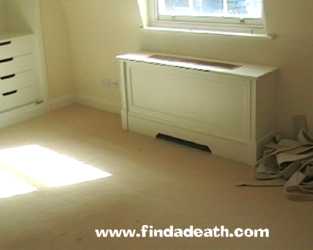 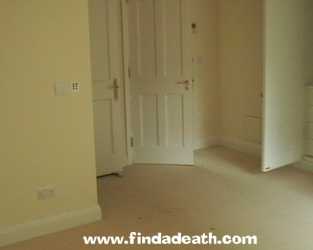 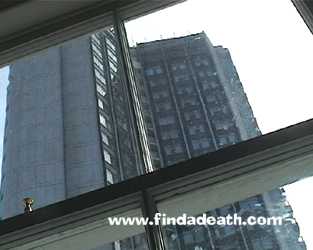 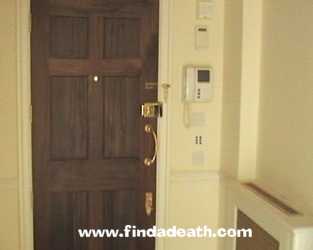 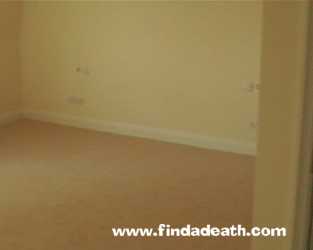 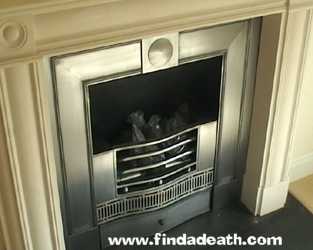 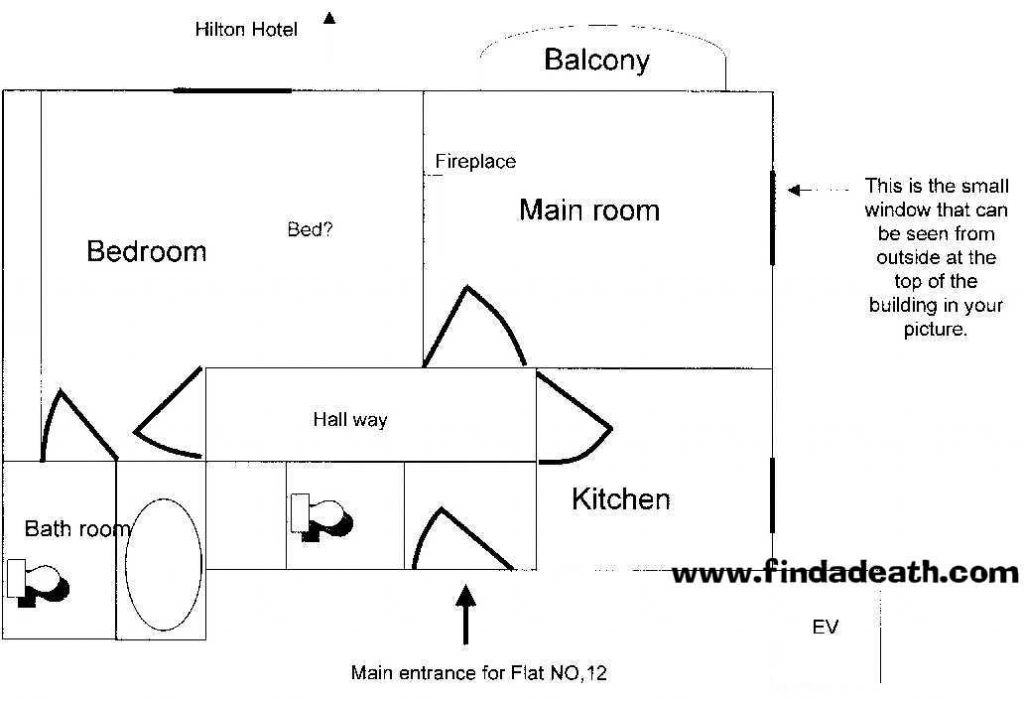 On the morning of September 7th, 1978, Keith woke up at 7:30 a.m., and watched “The Abominable Dr. Phibes.” Annette cooked him a steak, and he went back to sleep. Annette crashed on the couch, as Keith snored a lot. At 3:40 p.m., she woke up, and got spooked. It was too quiet. She tried waking Keith, but guess what? She phoned the doctor, who then phoned an ambulance. She tried giving him mouth to mouth, with no response. The ambulance came and tried jolting his heart, but that didn’t work either. Keith was dead at 32. 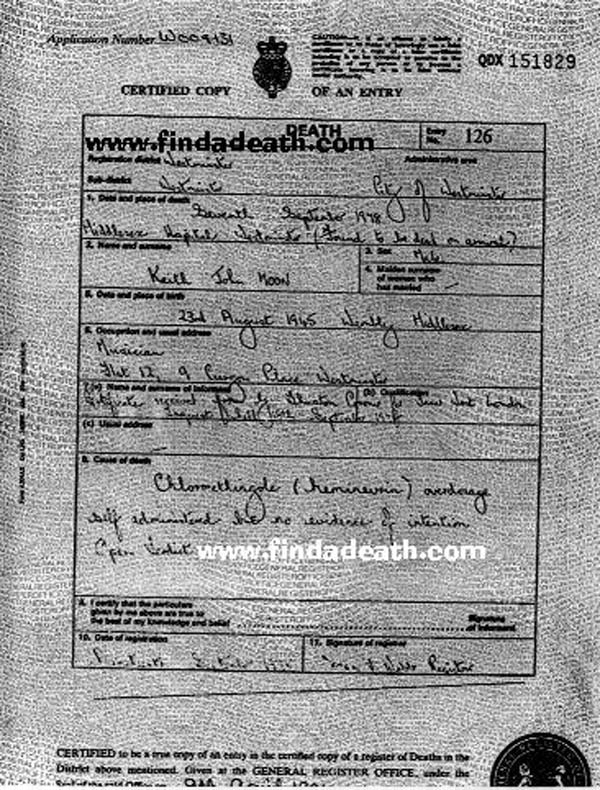 Keith was born in 1946. The death certificate is wrong. Turns out that Keith was taking Heminevrin, a prescription drug used to combat alcoholism. He was given 100 tablets to be administered as he pleased. He must have felt a hell of a binge coming up, coz he downed 32 of the things.

Keith’s body was taken to Middlesex Hospital, where he was pronounced dead on arrival.

His death was ruled accidental.

The funeral took place on Wednesday, Sept 13, at Golders Green Crematorium, which has snazzy new ovens. 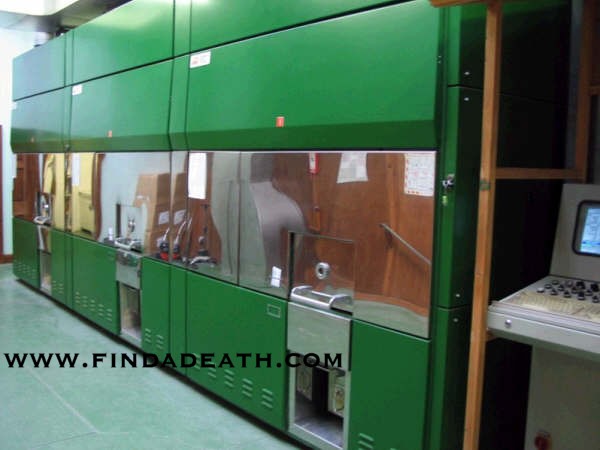 Eric Clapton, Charlie Watts and Bill Wyman were among the 120 mourners that crammed the West Chapel. 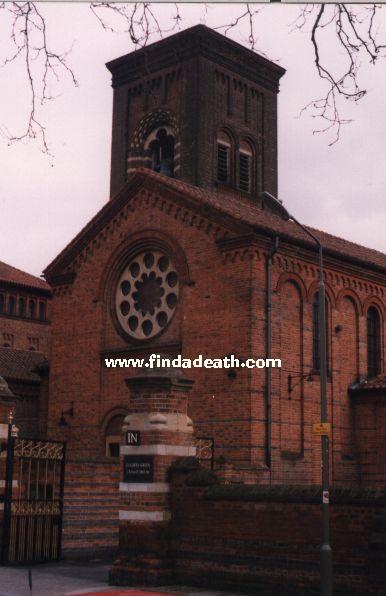 Roger Daltrey cried all through the service in the chapel. 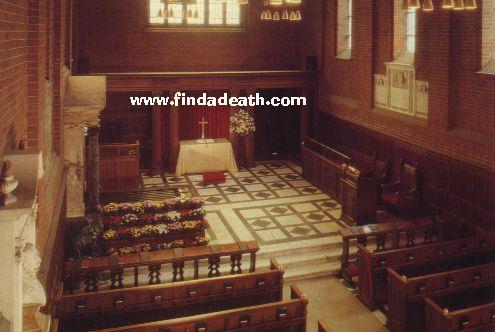 He sent the coolest arrangement, a champagne bottle embedded in a television set. Annette had a heartshaped bouquet of red roses placed on the coffin. A wake was held at Hendon Hall.

Keith was cremated at Golders Green, and his ashes scattered in section 3P. 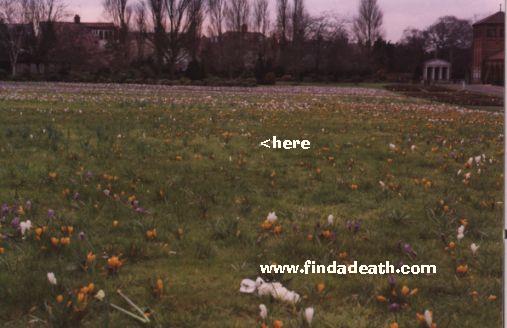 Trivia: Mr. Wacky once ran a guy over that pissed him off. It too was ruled accidental.

UPDATED May 2006:  There was a riot forming at a club he attended, and skinheads and other undesirables surrounded the car. His driver and personal assistant, named Neil Boland, exited the vehicle to try to clear a path for the car to get away. Moon got behind the wheel, and tried to drive. He was drunk, and couldn’t maneuver the car properly. As well, he and the others in the were scared. When they got to the end of the driveway, someone told him there was somebody under the car. When they looked, they saw that Boland got pushed under the car, and in the confusion, nobody noticed it right away. Boland’s skull was crushed, and Moon never forgave himself for it. Pam DesBarres said he thought of himself as a “murderous bastard,” and this haunted him for the rest of his life. He went to court, and was acquitted, because it was a tragic accident. 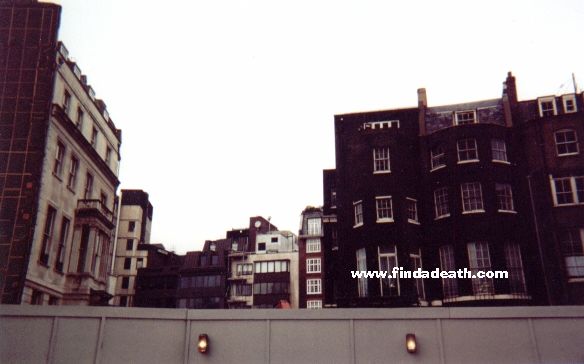 I have a few others from different
angles- this one is from the Hilton Hotel yard.

I asked “Christian”, the doorman at the Hilton, if he knew the history of the brown flats on Curzon Lane. He was surprised but pleased to know. He told me that the house across the street had belonged to a rich old lady who had passed away about 1 year ago. Apparently her entire house is being torn down due to some construction project. The Moon/Elliott house will remain intact- but Curzon Lane as it existed is all torn up and blocked off at both ends. It is still inhabited, but residents have to use an alternate access on the side streets. The building itself has definitely seen much better days. British PM Benjamin Disraeli died in the building next door, and many other famous people lived nearby, including Somerset Maugham and Beau Brummell.

I found it ironic that the Moon home was so close to all these hotels, and was surprised that the building itself was so close to a major road- certainly it is not hidden or inaccessible from view, it is right off Hyde Park and VERY easy to find.

Still more trivia: By a bizarre turn of events, Larry Hagman (from “I Dream Of Jeannie”) checked Keith into detox in 1974.

This just in, January 2004, from Findadeath friend David H. Aron:

Scott,  Just a quick tidbit about Keith.  The original English release of “Who Are You” featured Keith sitting proudly with the back of the chair facing forward.  “NOT TO BE TAKEN AWAY” is clearly written on the chair.  Of course, 3 months after the album’s release, “the loon” was taken away for good.  Kind of weird…. 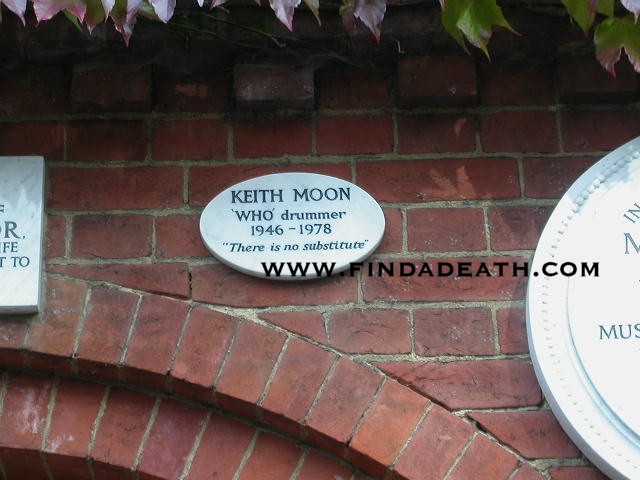 Another friend, Chris from Italy sends this last picture ever taken of Keith alive. 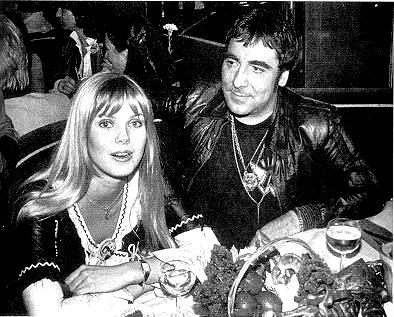 The apartment that Cass Elliot and Keith Moon died in was owned at the time by singer Harry Nillson (Without You, The Point, Nillson Sings Newman, Nillson Schmillson and John Lennon friend). Harry also died prematurely of a heart attack in CA. I read that he was so freaked about the two deaths, he sold the place.