These guys were very funny – for the time. Some people like them and some just don’t. This is all the information I have about their deaths. There is only minuscule information, for which I apologize. I do have the photographs though, thus the story. 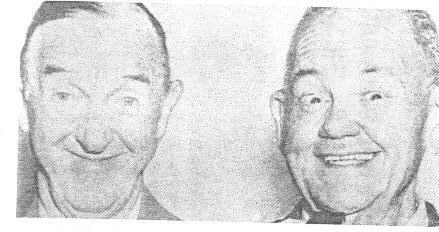 There’s another fine mess you’ve gotten me into.

Oliver Hardy was the first to go. On September 12, 1956 – he suffered a stroke that left him paralyzed (they were planning a come-back at the time). He never regained the ability to speak, and required 24-hour care. He lived out the rest of his days at his mother-in-law’s house in Burbank. The house is located on Auckland Avenue. 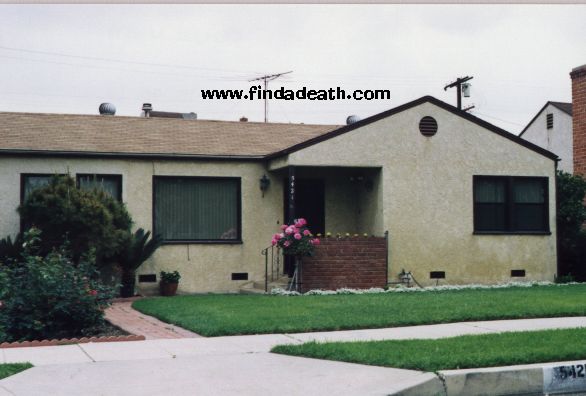 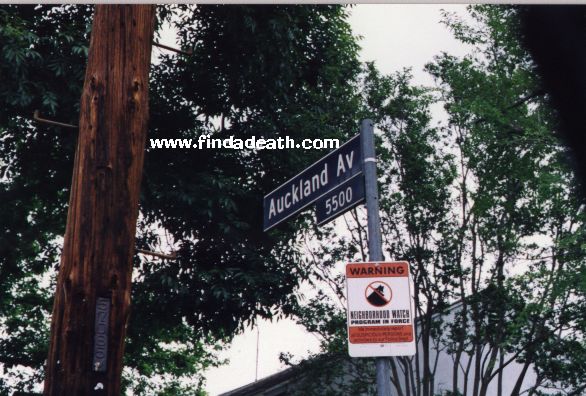 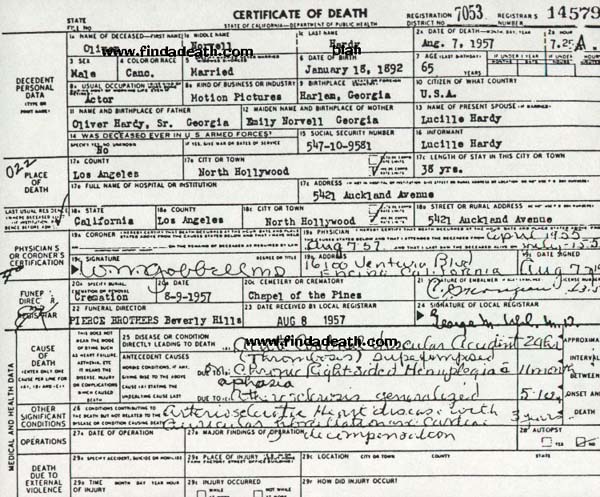 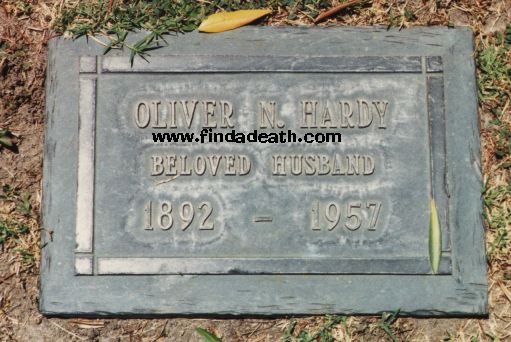 “If anyone at my funeral has a long face, I’ll never speak to him again.” 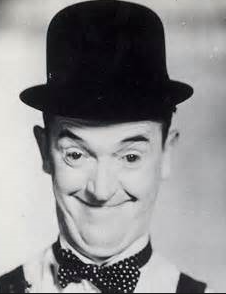 Stan Laurel had a stroke in June of 1955, and at the time of Ollie’s death, he was recovering well. He never made another public appearance after his former partner’s death. 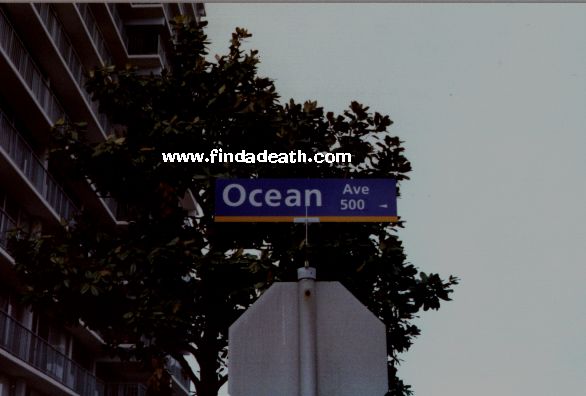 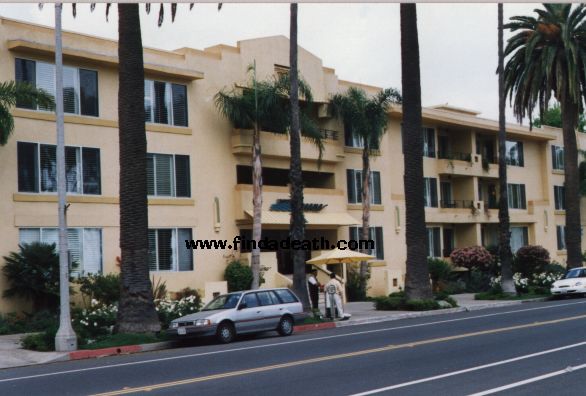 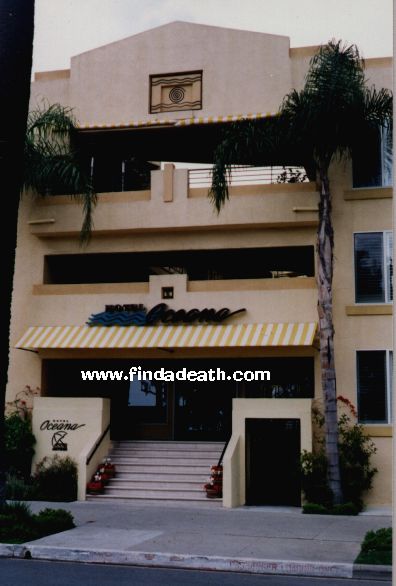 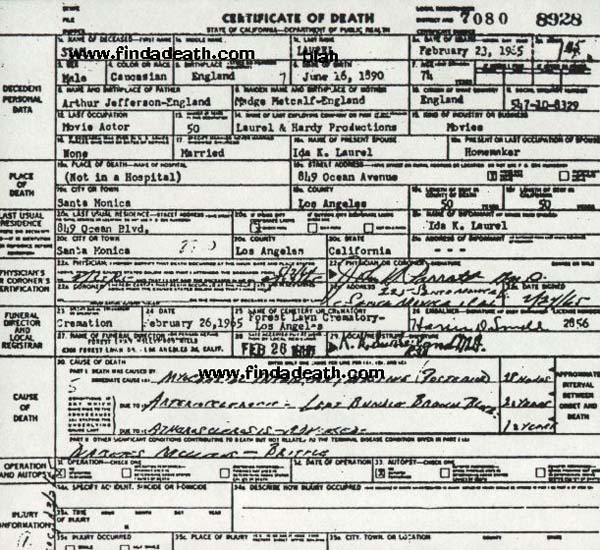 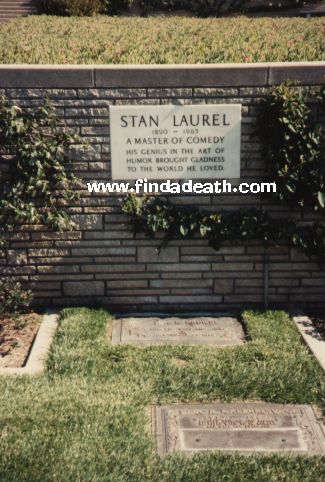 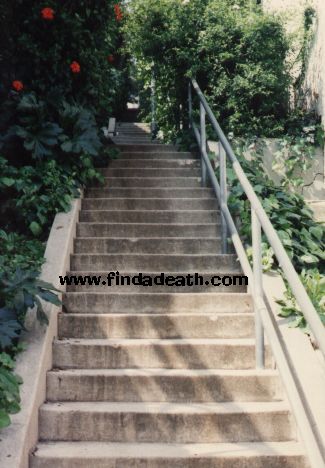 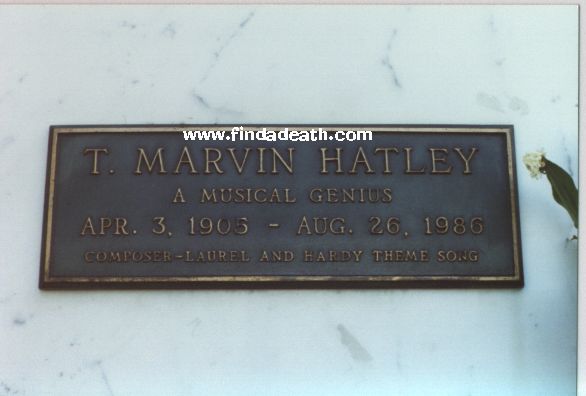 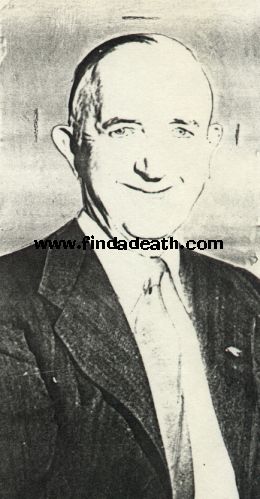 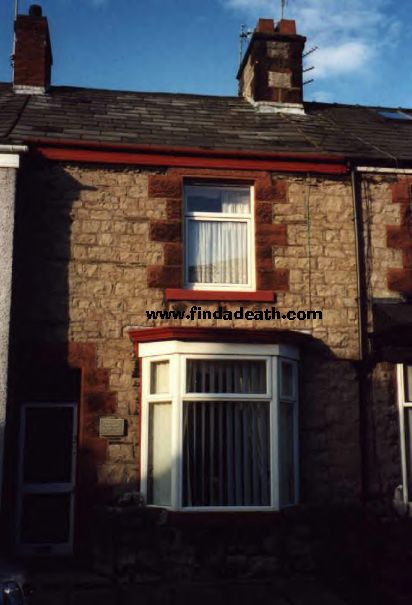 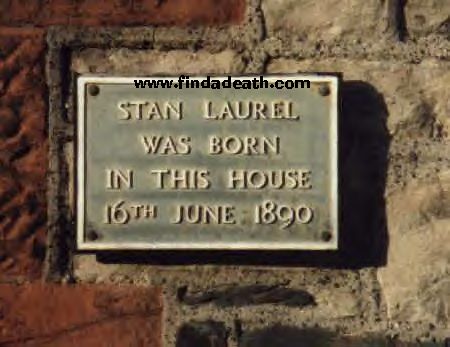 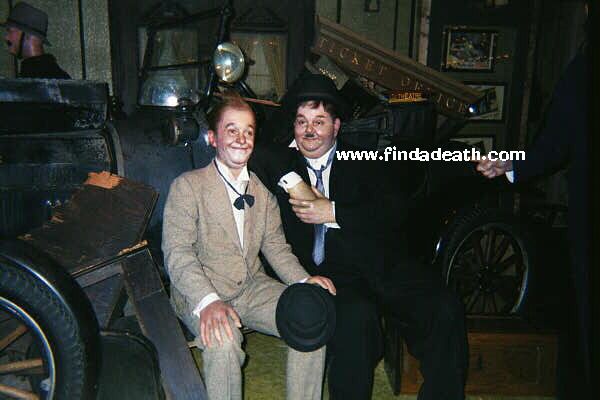 3 thoughts on “Laurel and Hardy”