I make movies for grownups. When Hollywood starts making them again, I’ll start acting in them again.

Remick was married to British film producer Kip Gowans, and had two children, Kate and Matthew, from her first marriage to television producer Bill Colleran. My favorite film of hers was The Omen. I LOVED that film.

In 1989, Lee Remick was making a film in France when she fell ill. Upon examination, they found tumors on her kidneys and lungs. She spent a year and a half fighting the disease, and reached a point where she really thought she had licked it. She called her battle with cancer “drastic and horrible and successful,” after she was treated at the National Institutes of Health in Maryland.

Unfortunately, Mr. C. came back, and Lee had just about had it. She was weak, and losing her fight.

One of her last public appearances was on April 29th, when she purchased a star, on the Hollywood Walk of Fame. 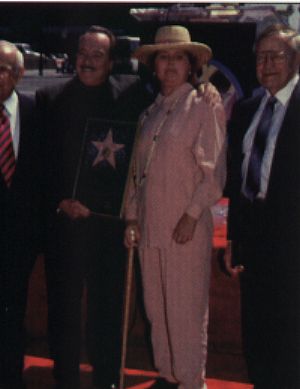 In mid June, the disease had progressed so, that doctors decided to cancel all treatment. Lee could die peacefully in her Brentwood home. 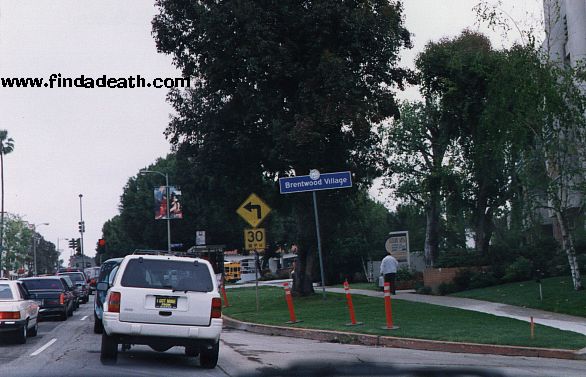 Her home was located on North Bundy Drive. Number 570. 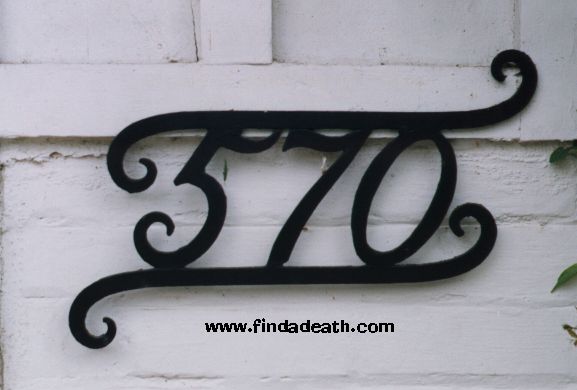 Here’s a view from the street. 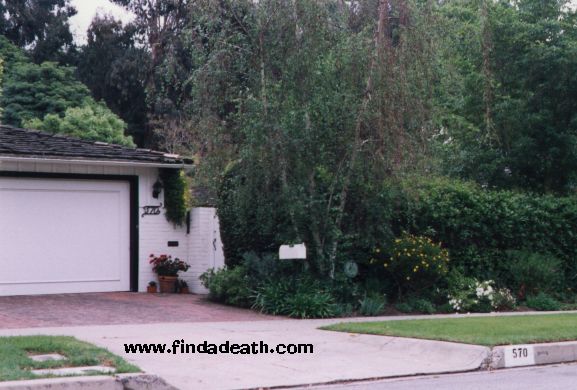 I peeked over the fence, and here is the house in which Lee drew her last breath. 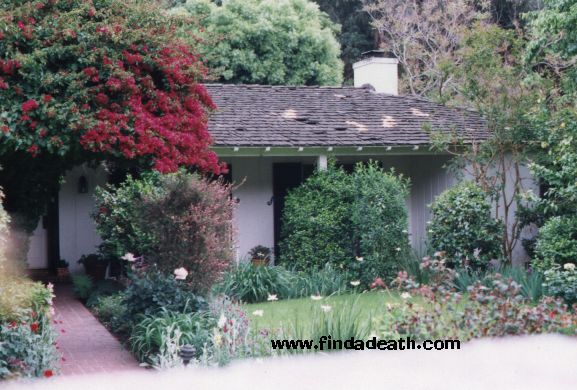 She died on Tuesday July 2, 1991, at 5:15 p.m., with relatives at her bedside. Her mother, husband, her two kids, and two stepchildren survived her.

Lee Remick was cremated at Westwood Memorial Park, and her ashes were given to her family.

“The service was held at Westwood Memorial Park.  Elizabeth Taylor (yippee!) attended. Eulogies were given by Jack Lemmon and Gregory Peck, both long time friends and co-stars. Her children, Kate and Matthew, sang the title song from Anyone Can Whistle, by Stephen Sondheim. Remick starred in the short-lived musical in 1964.”  Thanks Nancy. Great info!

A Fascinating fact/fiction story regarding Miss Remick and Marilyn Monroe, comes from a book called, The Unabridged Marilyn, Her Life from A-Z.

“Lee Remick is, of course, the actress who tried – and failed – to replace Marilyn Monroe. When the front office at 20th Century-Fox fired Marilyn from Something’s Got to Give in 1962, it was Lee Remick who took over Marilyn’s role. However, Miss Remick herself was later dropped from the project when the film’s co-star, Dean Martin, refused to work with her.” GO DINO!

A couple of quotes attributed to Miss Remick:

“I feel Marilyn should have been replaced. I don’t believe actors should be allowed to get away with that type of behavior.”

“I don’t know whether to feel sorry for her or not. I feel she should have been replaced. The movie business is crumbling down around our ears because of that type of behavior.”

Undoubtedly, Marilyn annoyed a lot of people with her antics. I just think it’s ironic that Miss Remick ended up with a far less distinguished career, including one stint hosting a Marilyn Monroe documentary. Marilyn was probably pissing herself with laughter.

This spin comes from the book called “Marilyn: The Last Take” by Peter Brown and Patte Barham.

Since Remick owed Fox two films, Feldman offered her $80,000 to replace Marilyn Monroe in the role of Ellen Arden. Remick was suspicious that this was a publicity ruse, but was told she owed the studio a film and had better do it or else.

Several weeks earlier she had signed to make “The Running Man” for director Sir Carol Reed. Though the film was not to begin shooting until July, Remick didn’t cancel out. She had a hunch that she would never make “Something’s Got to Give”, and only agreed to do the film if they agreed to pay her the $80,000 whether the film was made or not.

It remains unclear whether or not Fox ever intended to replace Monroe with Remick. Before Dean Martin was informed of Marilyn’s dismissal, Remick was whisked to the studio where she was pinned into several of Monroe’s costumes so that the studio could take pictures of her with director George Cukor.

“I was only involved with that film for about 20 minutes,” Remick recalled thirty years later. “It was most unpleasant. I could tell that we were just going through the motions for the benefit of the press.

“I certainly wasn’t interested n it,” she continued. “Marilyn and I were as different as two actresses can be. But the studio told me, ‘We have a contract with you, and we want you to fulfill your obligation.'”

While the stills were being taken, the unit publicist on “Something’s Got to Give”, released several statements to the press in Remick’s name.

“I never said any of those things,” Remick recalled. “Since it was a publicity stunt, they released all those statements in my name. It was all very degrading.”

“Dean Martin later saw me at a party and explained that his refusal to work with me had nothing to do with me, personally.”

A very interesting perspective, and I hope it’s true.  There you go, people.  Decide for yourselves.  Thanks so much Allison.

Fuel to the fire, October 1, 2000, courtesy of Findadeath.com friend Bob Siler:  I just finished a bio on Dean Martin called “DINO -Living High In The Dirty Business Of Dreams” by Nick Tosches. It states that Dean, who hated to work because it got in the way of golf, dropped out of the film “Something’s Got To Give” when Marilyn was fired because he had signed to do the film with her and no one else. Marilyn was fired June 7 and that evening it was announced that Lee Remick would replace her. The next morning Dean let the studio know that he was quitting. His statement to the press read: “I have the greatest respect for Miss Lee Remick and her talent, and all the other actresses who were considered for the role, but I signed to do the picture with Marilyn Monroe and I will do it with no one else.”

Trivia: Lee Remick died within a day of Michael Landon, both of cancer.