Here’s a treat for you.  Lately I’ve been on a Mary Tyler Moore Show jag.  I bought the greatest hits on video – and the box set is fantastic.  That, and the new Mary and Rhoda show that I was kindly given by my sister, has made for many hours of TV fun.  So much fun, I’ve dug up some photos of the home in Minneapolis, where the exteriors were filmed.  See the house the way it looked then, and how it looked a couple of years ago.  The newer picture was donated by my friend Hilton. 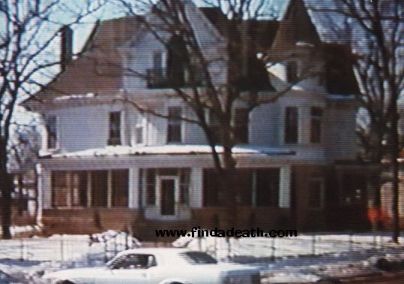 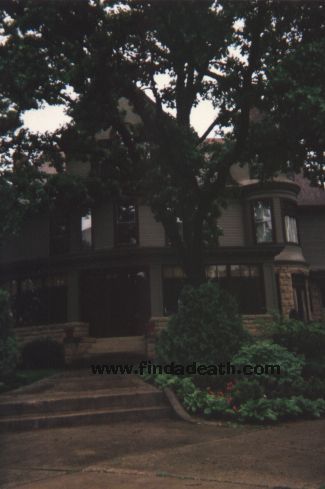 A recent obituary tells me that the woman you see under Mary’s arm in this photograph – and we all know her – recently passed away.  Her name was Hazel Frederick, and she died in the Maranatha Care Center, in Brooklyn Center, Minn on November 28th of last year.  Hazel just happened to be shopping in Minneapolis on the day they filmed this scene, in 1969.    Lucky woman.  What a cool claim to fame. She was 91 years old. Rest in peace, Hazel.

Other Mary Tyler Moore deaths include Ted Knight, who played Ted Baxter – who died in 1986, and Priscilla Morrill, who played Lou Grant’s wife Edie.  She died in 1994.

Remember when Mary went to prison, because she refused to divulge a source?  Well, one of the prostitutes in that episode was played by Barbara Colby (her story on Find a Death).  She and another actor were walking to their car after teaching an acting class in LA, and were gunned down.  No motive, and the murder was never solved.  That was on July 24, 1975.  She was only 36 years old.

You’ve probably gotten a MILLION mails about this already, but there’s going to be a Mary Tyler Moore statue placed on the site of the hat-toss on Nicollet Mall in Minneapolis. It should be up whenever the sculptor (a Wisconsinite) finishes it.

Comments on the Mary Tyler Moore pix, from a Minneapolis-type person…….

The statue is in place, the only problem is it’s actually across the street from where the filming took place. But, the site it is in now provides easier access to tourists and others taking pictures, as well as providing a better background for said pictures. It’s just outside the doors to a big fancy department store that was called Dayton’s for years. It was recently bought by Marshall Fields’, but I can guarantee you that it will continue to be called Dayton’s by the vast majority of the population. For the first month or so that Mary was ensconced in front of the store we were forever banging into the statue on the way out of the store.

Also, do you remember when Mary moved from the house to a regular apartment-do you know the real reason? The house was used during the Nixon administration, and the lady who owned the house plastered it with IMPEACH NIXON posters and bumper stickers and refused to remove them. I have to say I would agree with her.

In reference to the Hazel Frederick comment.  I’ve heard that because her face was visible (and that she wouldn’t sign off on it ) AND that the MTM producers liked the image of her looking over at the last second….that Hazel was paid a royalty each time the episodes ran.  It sounds like a reasonable story, and really cool if it’s true.