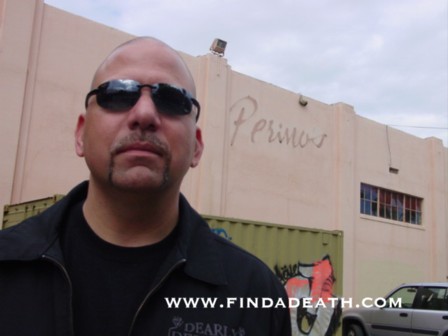 In the April edition of Los Angeles Magazine, they are supposed to be running an article about the new tour.  They wanted to do a photo shoot, and asked if I had any suggestions for locations.  Perino’s came to mind.  We’ve been here before.  I suggested it, and they went for it.

This time we were supposed to get IN.  The owner was willing to tear himself away from his busy schedule of destruction, and open Perino’s doors to us.  Just the week prior, he was nice enough to let the fire department rip through the roof of the joint and soak it, for an exercise. 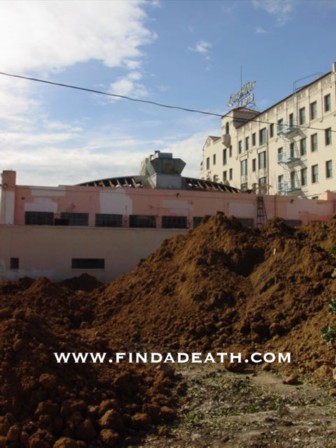 Good for them, I mean, you may as well, right?  This house is also being demolished in the process. 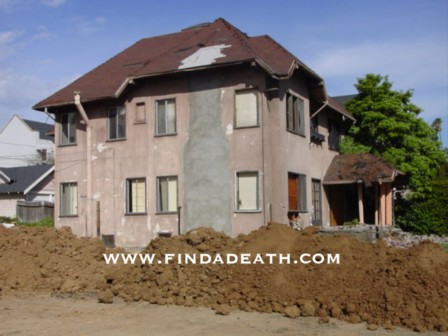 Well, the owner showed up, and didn’t have the keys.  Idiot.  I had to giggle when he mentioned, “looks like someone stole a column…”  I’ve always been a pillar in society. 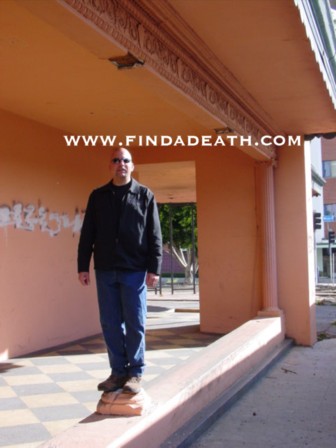 I did manage to pry open the doors enough to see the inside, and was able to compare it with another pic I found on the net.  Cool. 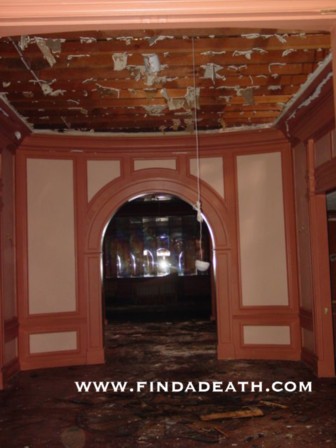 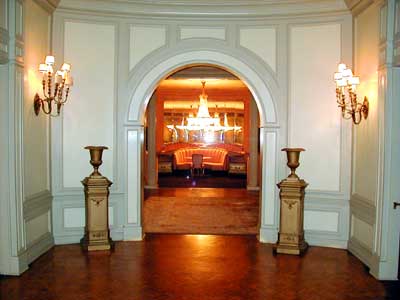 Then something caught my eye. 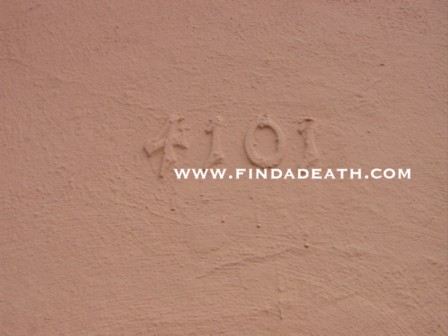 Fancy a bit of guerilla preservation? 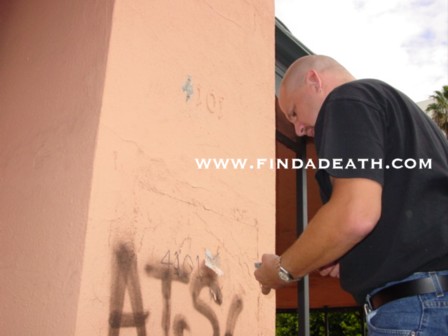 Yeah, I thought so. 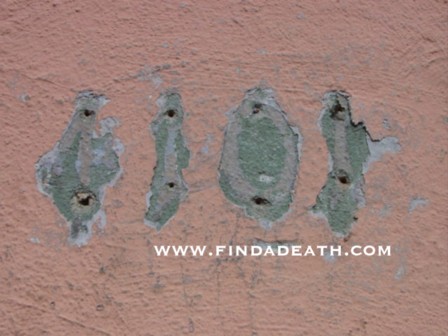