My guests! I am Mr. Roarke, your host. Welcome to Fantasy Island.

Ricardo Montalban is best known as Mister Roarke from TV’s Fantasy Island. Alongside scene-stealer Herve Villechaize, Montalban was a Saturday night staple for a generation of  70s TV watchers.

Born Nov. 25, 1920, in Mexico City, the son of Spanish immigrants, young Ricardo was brought up to speak the Castilian Spanish of his ancestry. He was jeered by his Mexican schoolmates for his “effeminate” sounding speech and formal manner of dress (lace collars and short pants). As a teen, he followed his older (actor) brother to Hollywood and attended Fairfax High school. He faced prejudice in Los Angeles and recalled being refused entrance to a dance because he and his friends were Mexicans.

After graduation, he acted in NY summer stock and returned to Mexico City to care for his ailing mother. He landed leading roles in Mexican films from 1941 to 1945 – which led to an MGM contract. He was cast opposite Esther Williams in Fiesta, and starred again with the swimming beauty in On an Island with You and Neptune’s Daughter.

During the 1950s and 1960s, Montalban was one of only a handful of actively working Hispanic actors in Hollywood. With his good looks and athletic body, he was often cast in “latin lover” roles (as in Sweet Charity with Shirley Maclaine) or as the occasional handsome priest (as he played in 1966’s The Singing Nun opposite Debbie Reynolds and Agnes Moorehead). 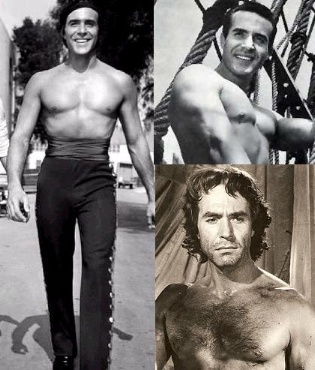 In 1971, troubled by the way he was asked to portray Mexicans, he helped found Nosotros (“We”), an advocacy group for Latinos working in the movie and television industry.

In the mid-1970s, he was the commercial spokesperson for the Chrysler Cordoba with its”soft Corinthian leather” (a marketing term made up strictly for its linguistic appeal). 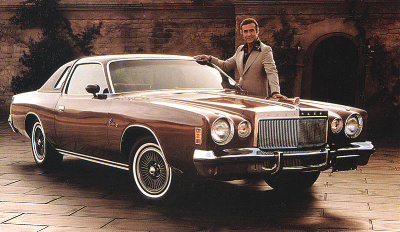 Starting in 1977 (until its cancellation in 1984), Montalban became a household name as the omnipotent resort owner and fantasy granter Mr. Roarke, who was either some supernatural entity or practitioner of tourist mass hypnosis. Montalban never learned of his character’s secret – and executive producer Aaron Spelling didn’t care as long as people kept watching. The series followed Spelling’s Love Boat on Saturday nights and it was a huge hit. Filmed at LA’s Arboretum, the series used the Queen Anne Cottage and the lush grounds for its many outdoor scenes. 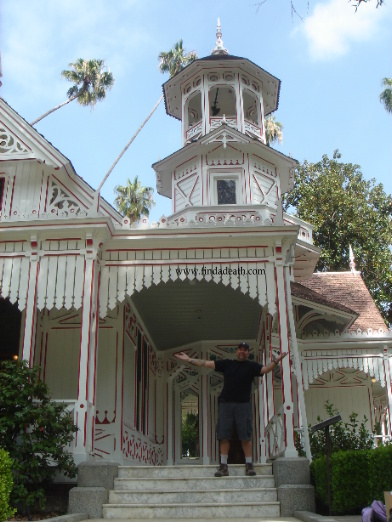 Montalban, at age 62, whipped himself in shape with endless pushups for his reprisal of villain Khan in 1982’s Star Trek II: The Wrath of Kahn. Despite later speculations that he was wearing a fake breast plate, Leonard Nimoy confirmed (in his 1995 book: I Am Spock) that Montalban was displaying his own “enviable pecs.” 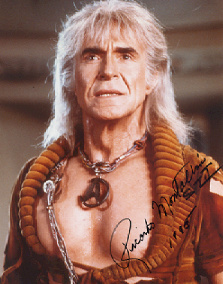 When Latin screen goddess Rita Hayworth died in 1987, Montalban was one of her pallbearers at her Beverly Hills funeral. 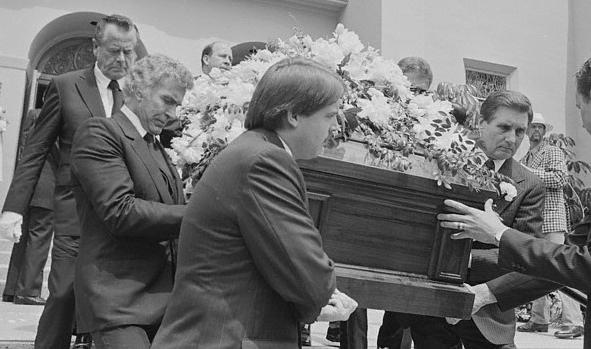 In 1994, Montalban hosted a 30-minute infomercial for “Nativity Stones,”  jewelry said to contain actual stones from the cave site of Jesus’ birth. The cross necklaces sold like hotcakes and the ad played for years. Montalban was honored with a knighthood from Pope John Paul II on January 4, 1998. The Nativity Stone Foundation later aligned themselves with the Vatican Treasury in 2000.

Montalban struggled with health problems and a spinal injury in his final decades, often appearing with a wheeled-walker in public. Director Robert Rodriguez coaxed him to play the wheelchair-bound but active grandfather in two Spy Kids films in 2001 and 2002.  Here is (I think) a rare picture of Ricardo, sans toupé. 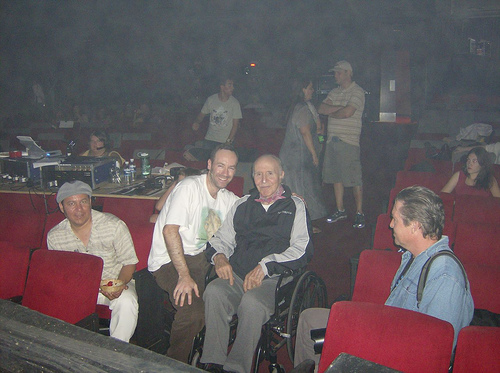 In his private life, Ricardo Montalban was a dedicated family man who shared a love for football often attending LA Rams games at the Stadium following Sunday 10 a.m. Mass.

Montalban reportedly enjoyed chocolate malts at half-time. His youngest son (of four children) Victor told the press that his father “treasured every moment with his fans…He was a very personable guy…Everybody loved my dad.”

At the time of his death, the Emmy-winning actor was living in this 6 bedroom, 5.5 bath Hollywood Hills home at designed by architect Ricardo Legoretta. 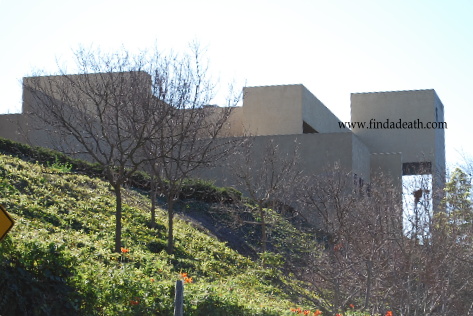 Here are the gates that Leonardo DiCaprio has to drive past, to get to his own house. 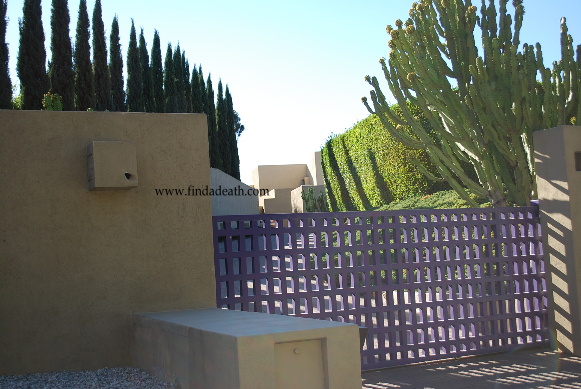 Here is the front door, 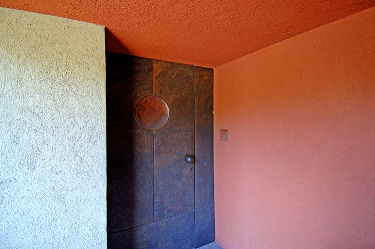 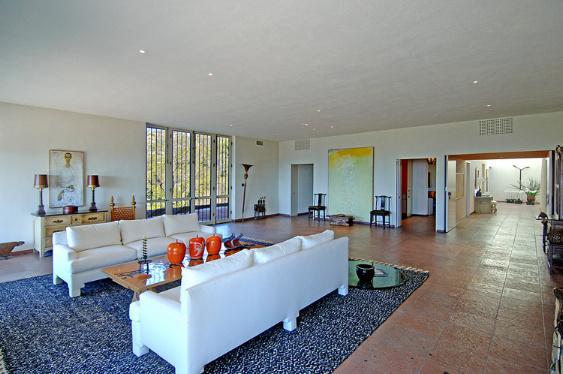 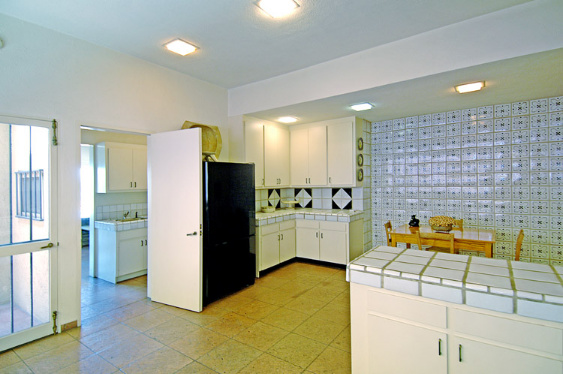 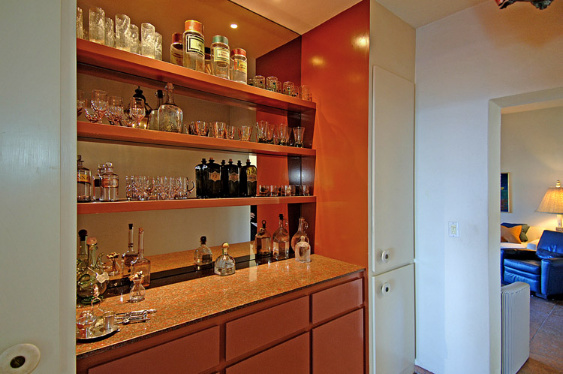 (How cool would it be to have a shot of Patron with Mr. Roarke?)

The home has framing views of city, canyon and ocean – 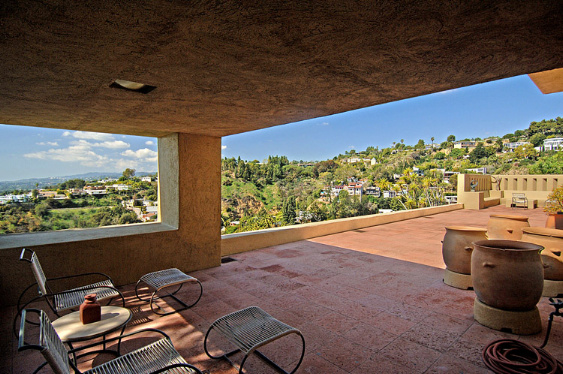 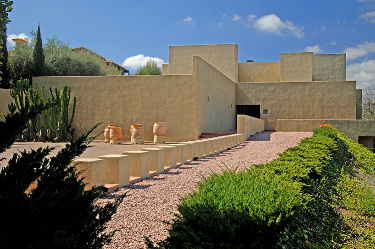 In 2009, months after his death, the estate was put on the market for $20 million.  Not that you would, but if you bought the house, I bet you could pee on Winona Ryder’s roof from the backyard.

Ricardo Montalban, age 88,  passed away at home on January 14, 2009 of congestive heart failure, with his family at his side. A private funeral was held and he was buried alongside his wife at Holy Cross Cemetery in Culver City. 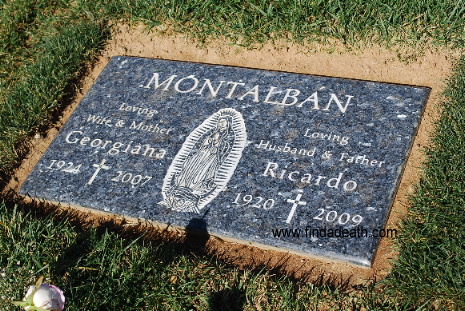 The Ricardo Montalban Theatre in Hollywood and its Foundation’s Endowment Fund remain as a legacy of this well-loved star and true gentlemen. 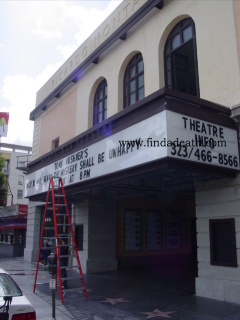 Upon news of his death, the marquee read: 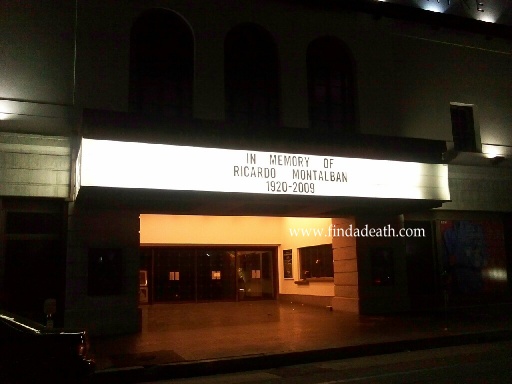 Trivia: It was from the side steps at the Montalban Theater (at the time, The Huntington Hartford) where Steve Martin mumbled the words, “I was born a poor black child…” in The Jerk.  Agony.  Some films are best left a memory.

The Mail!  The Mail! 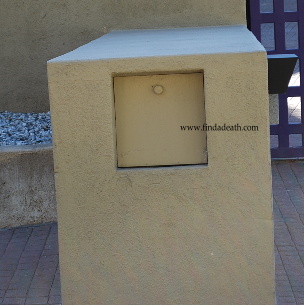 More:  He was related by marriage to Loretta Young and Sally Blane.

Findadeath friend Jamie sends this:  I love the new section on Ricardo Montalban (especially all the pictures of his cool home) but there was no mention of one of his best roles. Montalban did a great job of self-parody as Vincent Ludwig, the villain in the first of the Naked Gun films. His character also tried to do the world a favor by eliminating OJ Simpson (as Detective Nordberg) before he got his hack(s) at Ron and Nicole.

Thanks to my buddy C, and Richard Kappler for help with the information on this page.