Roseann Quinn was a 28-year-old single woman in Manhattan who was brutally murdered by a one-night-stand in 1973.

Her life as schoolteacher for deaf students by day and sexually liberated singles bar patron by night became the inspiration for the novel Looking for Mr. Goodbar and the subsequent 1977 film adaptation starring Diane Keaton. 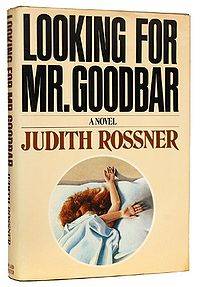 At age 11, Roseanne’s Irish-Catholic family moved from the Bronx to suburban New Jersey. Roseann was one of 4 children (2 brothers, and a sister) with a Bell Labs executive father and housewife mother. The deeply religious family rallied around Roseann at age 13 when she became afflicted with polio and was hospitalized for a year. Roseann overcame the illness but she walked with a slight limp for the rest of her life. Roseann graduated from Morris Catholic High School in 1962 and graduated from Newark State Teachers College in 1966. Roseann then moved to her first apartment in New York City while teaching special ed in Newark. In 1969, she accepted a position at St. Joseph’s School for the Deaf in the Bronx, where she taught small classes of 8-year-olds.

With her lanky attractive figure, strawberry blonde curly hair and granny glasses, Roseann became a fixture in the singles bars of NY’s Upper West Side. Friends and neighbors recalled to the press that she often would sit at local bars (The Copper Hatch, W.M. Tweeds) by herself sipping wine and reading books or reading the lips of people across the bar (to strike up a conversation). Her colleagues described her as being “outgoing” and “generous” with a “great sense of humor .”

By December 1972, Roseann was working on her Master’s Degree at Hunter College and had moved to a studio apartment at the West Pierre Apartments.  Thanks, Chris Wilmore for the pictures. 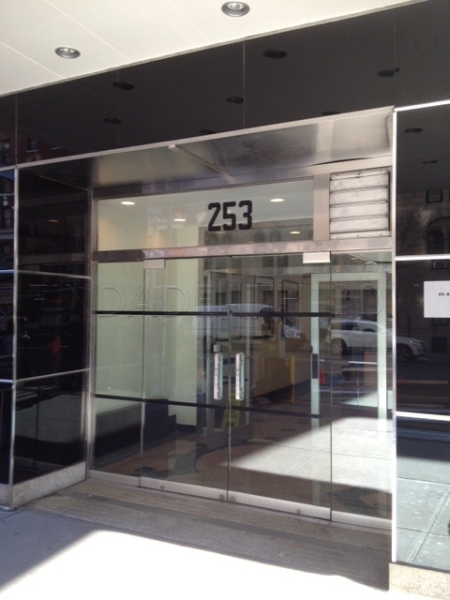 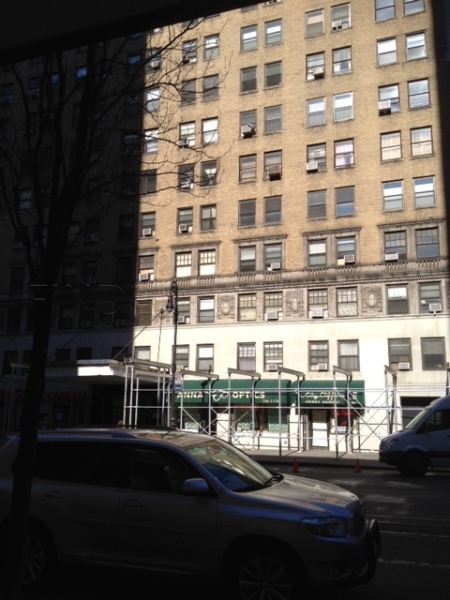 Roseann chose the 250 sq foot, 1 room with kitchenette because of the increased security of the doorman building and its 72nd St/West End Ave location. She was also across from a favorite singles bar haunt called W.M. Tweeds. The novel and film depict the Roseann character as having a taste for picking up “rough trade” or working class men beneath her social & educational background. The novel/film portray her fondness for casual sex, recreational drugs, and insulting various bar flies with flippant emasculating insults. In the film, the Roseann character (played by Diane Keaton) meets a shifty thug (Richard Gere) with whom she begins to explore dangerous sex and role-play. He whips out a glow-in-the-dark switchblade in one scene for kicks. 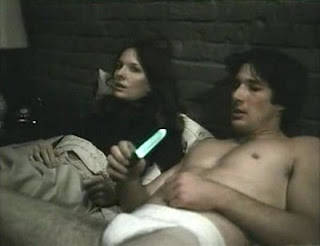 Roseann’s real life neighbors told the press that Roseann “had no regular boyfriend” and “was the type of girl who would have a guy in if he brought her home.” They also recalled incidents of regular yelling and brawling coming from her studio apt (leading them to assume she liked the rough stuff).

Here are recent photos of the West Pierre apt lobby and one of their studio apartments (now renting for $1950/month).  Roseann’s place was on the 7th floor. 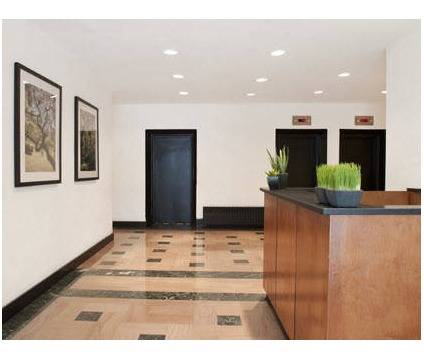 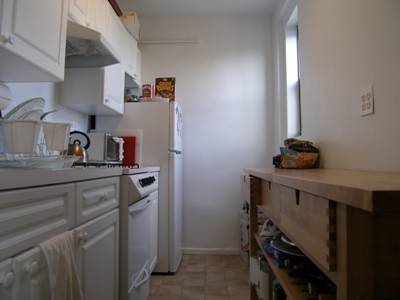 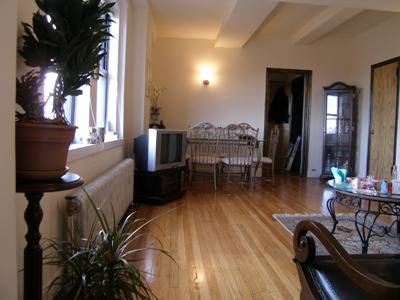 Roseann reportedly spent New Year’s Eve 1972 alone and on the first day of 1973 she may have been feeling a familiar restless urge. She went across the street to W.M. Tweeds and met a gay accountant named Geary Guest and his divorced/father of two, bi-sexual, jailbird buddy named John Wayne Wilson (In the novel he’s named Gary Cooper White). Geary Guest and John Wilson were lovers and had lived together for almost a year. Wilson turned to hustling in seedy Times Square after escaping a Florida prison where he was sentenced for robbing summer cottages. Guest left the bar around 11p.m. leaving Roseann and John Wilson to hook up and head over to her apartment around 2 a.m. That was the last anybody saw her alive.

On January 3rd, Roseann’s teacher colleague became concerned when Roseann didn’t show up to teach her classes for 2 days. The superintendent of the apt building was called and he and Roseann’s friend entered her 7th floor apartment. They found the mutilated body of Roseann on her sofa bed. The walls were splattered with blood. She was stabbed 18 times in the abdomen and neck area, and struck in the face with a hollowed sculptured bust of a woman. The attacker also raped her and left a table candle in her vagina.

Roseann’s body was taken to the city morgue and her brother John identified the body. The newspapers rolled out the details of the shocking story to a stunned city.

Her family were photographed at her funeral on January 6th attended by more than 200 mourners and she was buried in St. Mary’s Catholic Church Cemetery in Dover, NJ. 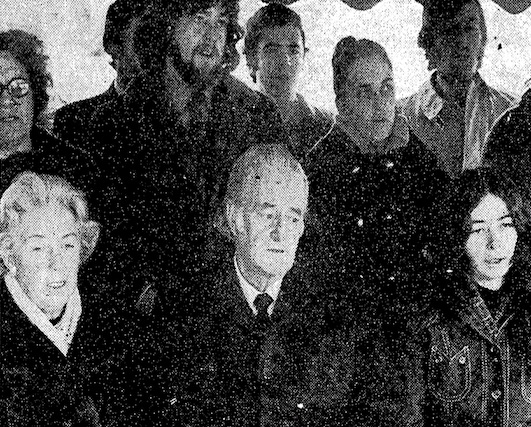 Police spoke with a hundred witnesses and eventually decided to post a sketch of one of the men who was last seen with the victim. They gave newspapers a sketch of accountant Geary Guest – who in turn became scared and cooperated with authorities to turn in his low-life lover for total immunity. 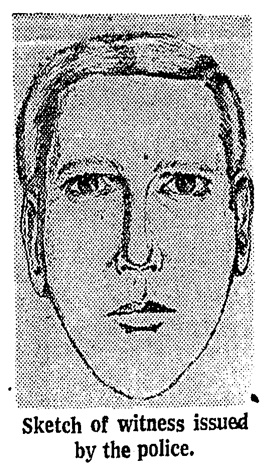 Wilson had confessed to Guest the next day when Wilson returned to their apartment. Guest gave him money for a ticket out of town. Guest said later he didn’t think Wilson’s story was true – but decided to come forward (weeks later) after the story broke and he himself became a suspect or at very least, accessory after the fact.

John W. Wilson was apprehended at his brother’s home in Indiana and brought back to New York. He told his attorney that after he arrived at Roseann’s apartment and smoked pot, he had trouble getting aroused. After she reportedly mocked him and told him to leave they began to argue. He picked up a knife and threatened her and she reportedly yelled “Kill me!”  (In the Goodbar film’s climax Diane Keaton yells “Do It!” and she is murdered while a strobe light blinks down slower and slower until the screen goes black.)

John Wayne Wilson confessed to killing Roseann Quinn, then showering and wiping away his fingerprints before he left her apartment. The 23-year-old career criminal was sent to The Tombs prison where 5 months later in May 1973 he hanged himself in his cell with bed sheets (reportedly supplied by a prison guard).

After Roseann’s murder, the infamous W.M. Tweeds singles bar was closed for a few weeks by owner Stephen Resnick. It reopened as the All-State Cafe and stayed open as a popular hangout through October 2007. Locals recall that John F. Kennedy, Jr. and Darryl Hannah were seen arguing by the phone booth. The bar is now an Irish pub called P.D. O’Hurley’s and still attracts the single ladies.  Thank’s again, Chris. 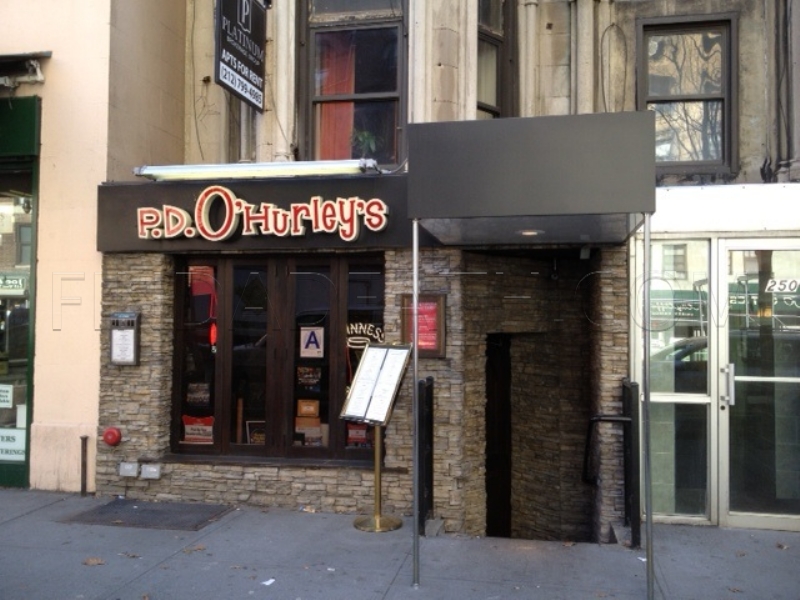 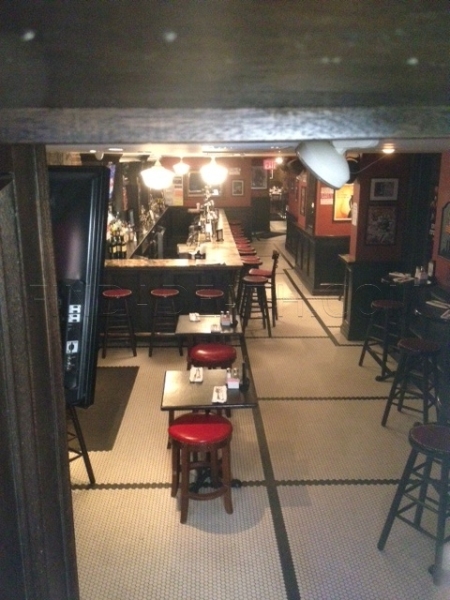 In the 1975 NY Times book review for Looking For Mr. Goodbar, critic Carol Eizen Rinzler has no problem breaking down the rich and complex character flaws of the Roseann-inspired character “Theresa” and how her early insensitive lovers (namely a bastard of a professor) had developed her taste for encounters “in which no rejection is possible; all she asks of men is that they want to use her body.” Rizler writes that the Goodbar female novelist is clearly showing that despite the illusion of control, the main character’s life “is one of consummate passivity and emotional impotence.” Rizler adds: “What is ironic and instructive is that at her most passive–dead–she makes the most happen: the death of her murderer; the disgrace of her name; the misery of her family.” When the film version came out in 1977, film critic Roger Ebert noted that compared to the novel the main character of the film seems “more of a hedonist than masochist. She’s looking for a combination of good times, good sex, and a father figure, for psychological reasons the movie makes all too abundantly clear. But she isn’t looking for danger, mistreatment, or death. Maybe (director) Richard Brooks thought audiences would find Rossner’s masochistic heroine too hard to understand.” Ebert summarizes the biggest difference from the film and the novel is that “In the book, Theresa might have picked up the guy because she knew he’d be trouble.” 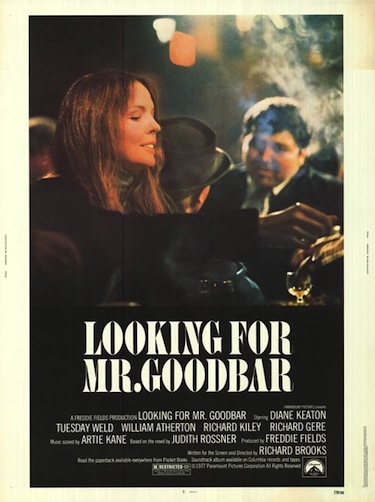 The $5-million budgeted 1977 film Looking For Mr. Goodbar earned $22 mil at the box-office. It has gone out of print on VHS and as of early 2012 (maybe due to disco music rights and a cheapo studio?) has yet to be released on DVD/Blu-Ray. Diane Keaton received good reviews and was nominated for a Golden Globe. She won an Oscar that year for her other big screen role in Annie Hall. Her Goodbar costars Richard Gere and Tom Berenger (as her killer) went on to long film careers.

The film was parodied on SNL  in 1977 (season 3, episode 13) with Gilda Radner as a little girl in a commercial for the ‘ LOOKING FOR MR. GOODBAR SLEEPYTIME PLAYSET.’ The announcer informs the little girl that she doesn’t “win” until she “gets killed”- but she decides to make up her own rules and trashes the playset. 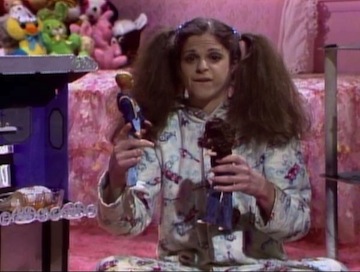 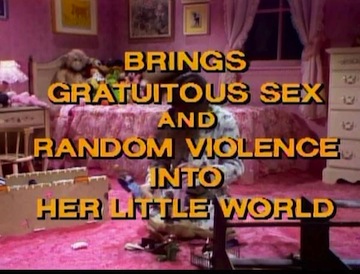 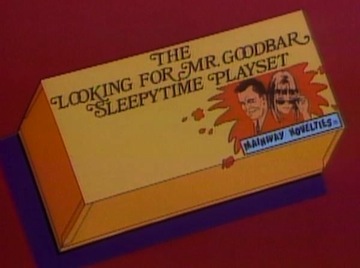