Ted Cassidy played Lurch, and “Thing” if you can believe it. Ted lived in Woodland Hills on a street called De La Luz. 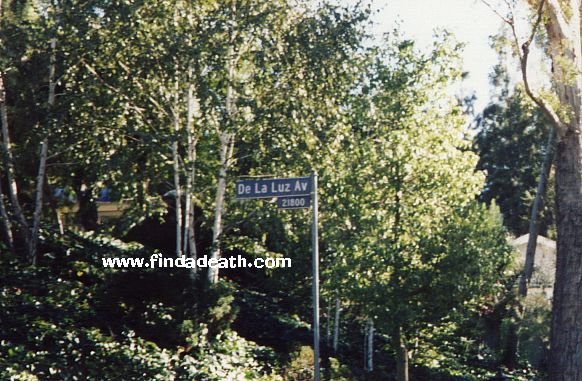 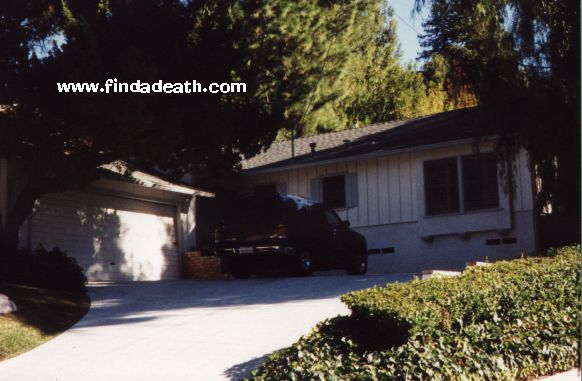 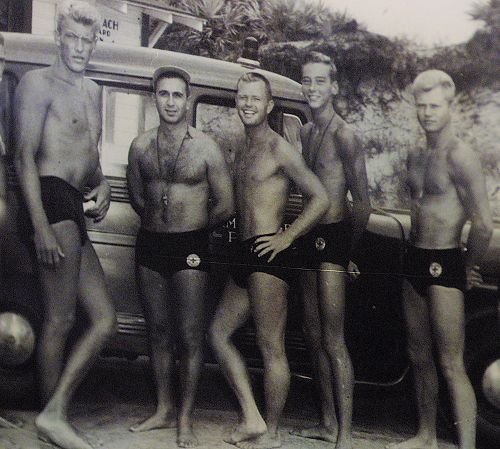 and he had a freakin’ song. 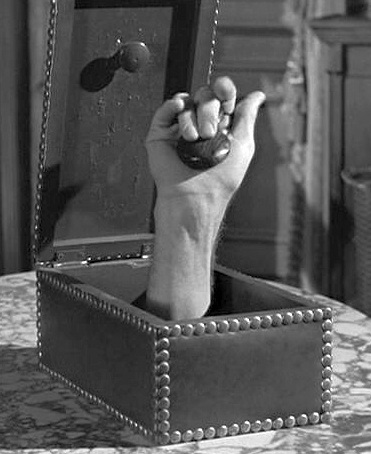 In late December 1978, Ted had open-heart surgery in the hospital, to remove a non-malignant tumor. Doctors had given him the all clear, and he was sent home. He went back into St. Vincent’s Hospital, in LA. 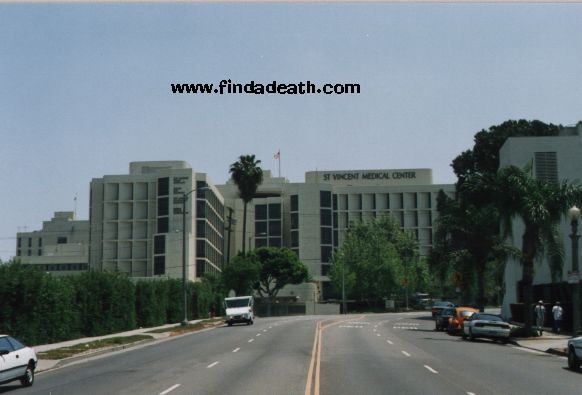 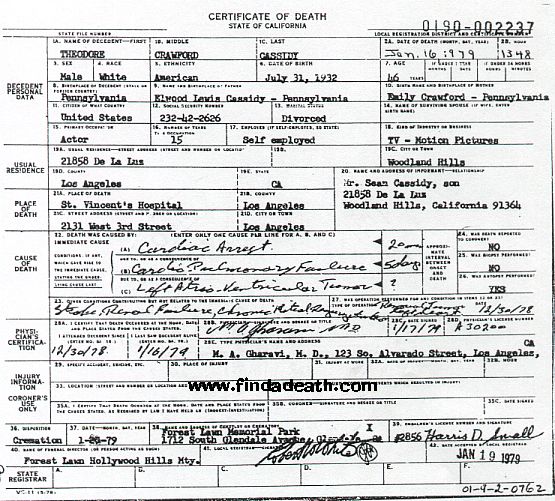 He had a private funeral at Forest Lawn Hollywood Hills the following Friday. After the service, he was cremated. Now it gets interesting. His children buried Ted’s urn in the backyard of the home, then MOVED AWAY. I swear it’s true. There is one unproven rumor that some gardeners stumbled upon it, and stole it, but I’m not sure I believe it. None the less, Lurch is missing in action. That’s pathetic. Steve didn’t chance getting busted photographing the yard, and I can’t say I blame him. It’s back here. 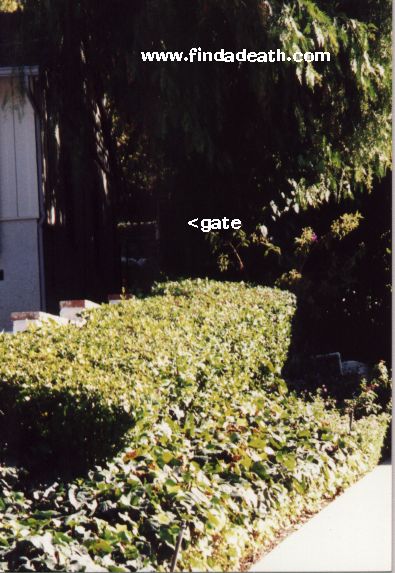 I just found your website, and am going thru it now. In ’77 I lived in Hollywood, and Ted Cassidy was always very visible and accessible. He would always say hello, or return a greeting. One thing many people probably don’t know is that he drove a red Valiant I think it was, from the back seat! His height always amazed me as did the astonishing fact (to me) that he was bald.

Findadeath.com friend, Grant Brenna, writes in: I attended a Star Trek convention in Dallas some time in early 1977. Ted Cassidy was a featured speaker. He was in one Star Trek episode which everyone viewed before he spoke. Anyway, he stayed to sign autographs. One guy had a poster of the scene from Butch Cassidy and the Sundance Kid where Butch (Paul Newman) kicks Cassidy in the crotch. The poster was a shot of the instant Newman’s boot hit Cassidy’s crotch. Cassidy was very kind and signed it right over the boot/crotch part of the picture. He said that he was often asked to autograph that shot and that is the spot he always signed.

Findadeath.com friend, John Bowers, writes in:  I read somewhere in the early ’80s, that Ted Cassidy (Lurch, Addams Family), did the growling sound for The Incredible Hulk (Bill Bixby/Lou Ferrigno)…. I’m sure this info. can be found true somehow by your connections. I noticed this wasn’t included in Ted’s info. in your site, and thought it would be an interesting bit of history.

I just verified that it’s TRUE!  I didn’t know that, John.  Thanks tons for that.

Hi Scott, I was browsing through your sight and started reading the articles on the deceased celebs I remembered on TV shows I watched as a child in the 70’s and 80’s.

I was reading Ted Cassidy’s tribute and it made me remember he had a role in the Bionic Woman in the early 70’s.

Big Findadeath.com thanks to Steve Goldstein again for those pics. Steve is a huge contributor, and I am very grateful. 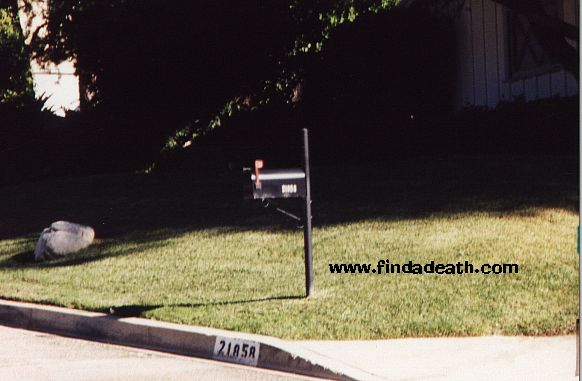 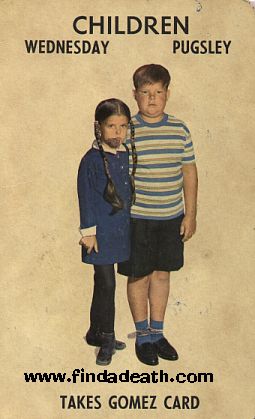 Ken Weatherwax and Lisa Loring played Pugsley and Wednesday, the two Addams kids I was so jealous of, when I was a kid. Still am, actually. Ken works in the industry, and God knows what Lisa does now. I met her once a few years ago, and she was really nice, and signed this picture for me. 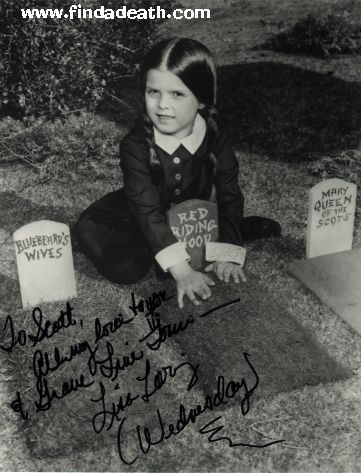 She was also involved with the death of another actor, Eraserhead’s Jack Nance.

Ken Weatherwax is the nephew of clod-hopper Ruby Keeler.

Thanks again Bob Siler and Steve Goldstein for all the help.

I saw the surviving cast of the Addams family on the CBS early show and it was just sad. Lisa Loring prattled on about her new project or something. I had a hard time listening after the “took 14 years off to raise a family” line. After reading your site it was really hard to swallow. I copied their bios from the Early Morning show so you could see for yourself. I also included an Addams family website that actually shows some scenes from the show.

Here are the bios:

John Astin (Gomez Adams) is touring with a one man show based on Edgar Allan Poe, called Edgar Allan Poe: Once Upon A Midnight. He is also a visiting professor of drama and directing at John Hopkins University. His son Sean Astin was recently seen in The Lord of the Rings as Samwise ‘Sam’ Gamgee.  Ken Weatherwax (Pugsley) quit acting after the show. He works as a grip. He has been doing that for 23 years.  Lisa Loring (Wednesday Friday) is returning to acting after taking 14 years off to raise a family. She has a production company and is producing two films. She is single again.