I sometimes feel that I’m impersonating the dark unconscious of the whole human race. I know this sounds sick, but I love it.

Mr. Price was one of the coolest ghouls in film. No doubt about it. One of his last roles was in the film “The Whales of August.” I knew someone that worked on that film, and they told me, “You could smell the death on that set.” His very last film role was in Edward Scissorhands. He deserved every second of that film. Class, all the way.

Vincent was married for many years to Australian born actress, Coral Browne. 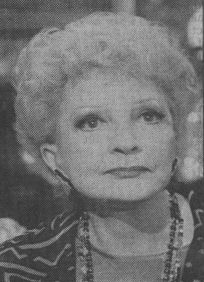 Remember their appearance at the infamous Rob Lowe/Snow White (which I loved!) Oscars? They were Hollywood royalty.

Vincent and Coral lived in the Hollywood Hills, on a street called Swallow Drive. 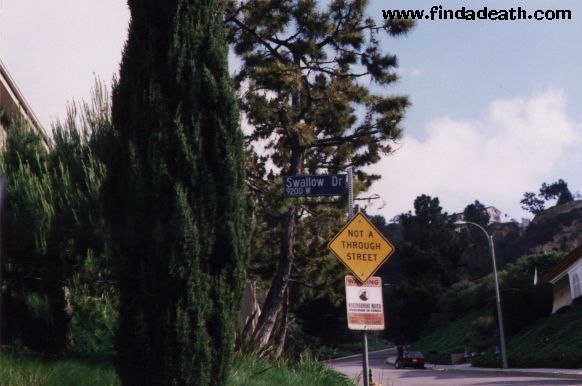 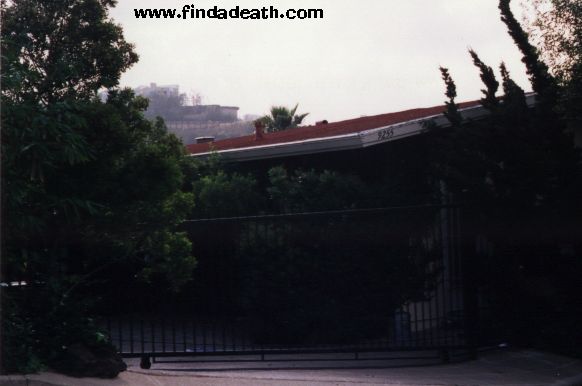 Here’s the best view of it, I could get on film. 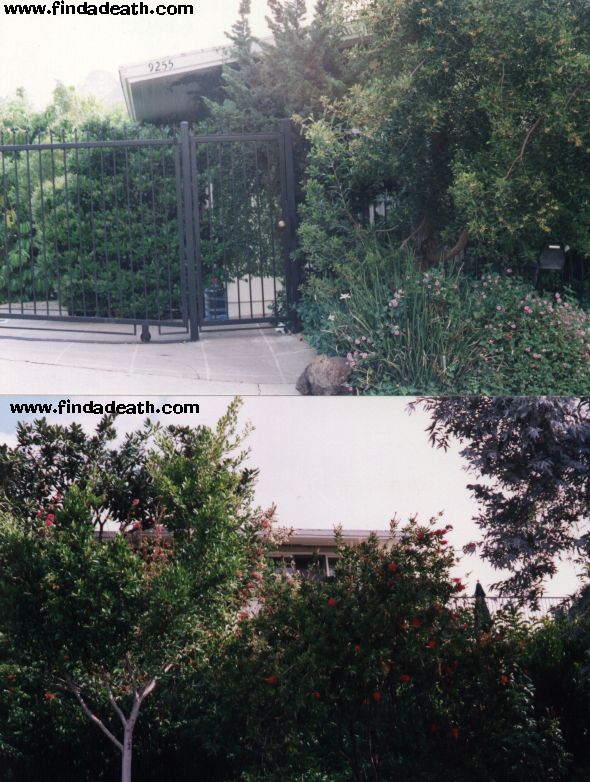 Sadly, Coral died in May of 1991, of breast cancer. Although it is said that their marriage was one of “convenience,” Vincent never really got over Coral’s death. Here’s a note I received from him, when I sent him a condolence card. She was his third wife. 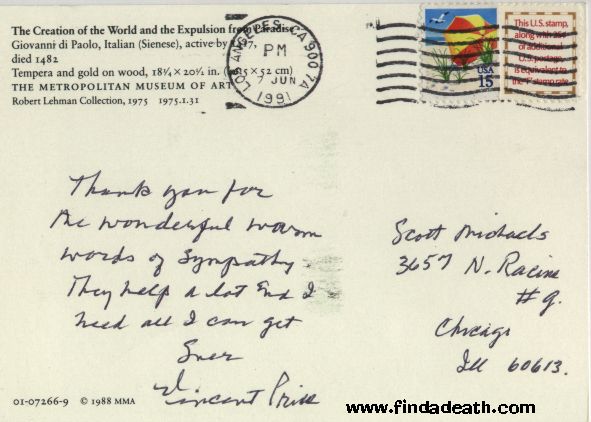 Coral was cremated and scattered in a rose garden, at Hollywood Forever Cemetery.

Update:  July 2001 – I didn’t mention this before, and I really don’t know why. About 6 months after Coral died, I was scrounging through my files on Vincent, and found his phone number. So, one drunken Sunday afternoon (actually it was my friend Bo’s birthday, and she adores Vincent) I called him, and had Bo get on the other phone.  He answered the phone (many dogs barking in the background) and I said, “Hello, Mr. Price, my name is Scott Michaels from Chicago.  How are you?” Well, he was honest.  “Not very well at all.”  He went on to talk about how he missed his wife, and I expressed my sympathy again. Really sweet man. He did take a second out of his day to wish Bo a Happy Birthday, and was genuinely not bothered (at least he seemed) about talking. After a couple of minutes I wished him well, and hung up  A real nice guy. He died a few months later.

Vincent eventually met his own end in his home, on Monday, October 25th, 1993. Lung cancer claimed the 82-year-old star. 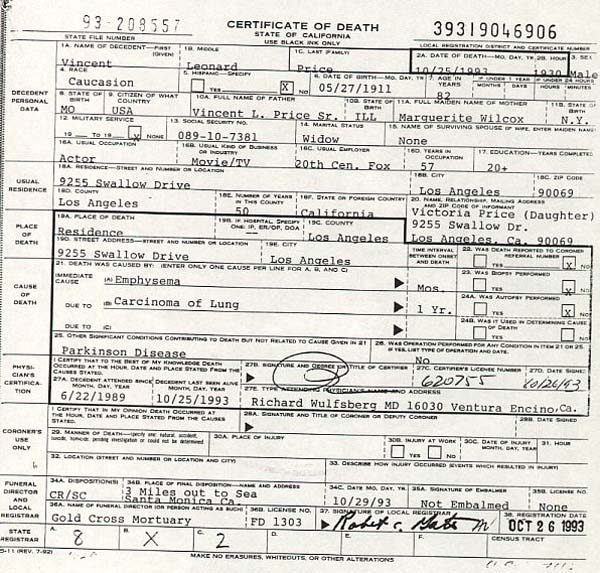 Vincent was cremated, and was scattered at sea.

Findadeath.com friend Lou Carradi sends this in: As almost everyone knows, Vincent did the “rap” session on “Thriller”, the song on the album of the same name. For this work, he was paid a flat fee (probably scale), and thought nothing of it until the album took off like (forgive the pun) a bat out of hell, and became the biggest selling album of all time. Had Vincent and his agent worked out a deal that gave him a percentage of total sales, he would have scored, perhaps, the largest payday of his career. What bothered “The Abominable Doctor Phibes” most, however, was that he thought Michael should have come to his home with another check, just to say “thanks”. Vincent let it be known in Hollywood circles how Jackson had given him the shaft (I resist the temptation to add a Michael Jackson joke here). Lo and behold, one day, two of the Jackson brothers showed up at his home with a gold record plaque for Vincent….but that was it! No check….no Bubbles the Chimp….no Elephant Man skeleton! Vincent accepted it graciously, but later scoffed at the gift, exclaiming, “What am I supposed to do? Build a shrine for it?!” Years later, as child molestation charges surfaced against Jackson, Vincent was asked if he thought they were true. He sarcastically replied, “They must be true….after all…..he fucked me too!”

I saw Vincent on the Tonight Show shortly after that song was released. When whomever the host was asked him to do his famous laugh, he replied (laughingly), “That one will cost you,” and didn’t do it.  Don’t blame him. Funny story tho.

UPDATE December 2004, from Findadeath friend Michael:  Hi,  A small piece of trivia to add to the Vincent Price page.  Vincent Price attended The Country Day School in St. Louis, Missouri.  This is a private, non-denominational high school for wealthy students.  Currently, the tuition is in the neighborhood of 15K/annum.  Everyone who attends is from a well to do family and Vincent was no exception.  His father owned a candy company, the name of which escapes me.  The father inherited the company from his father.  Vincent lived a life of leisure in that he was allowed to travel overseas to Europe and spend summers their and semesters abroad, etc…Given his background and the time he was raised, Vincent was probably a ‘class act’ all the way. Michael

December 2004 again, from Findadeath friend Mari:  Hey Scott, It’s Mari again… still glued to your great site. Re: Your notation that Vincent Price worked on Thriller with Michael Jackson, it may be true, but I NEVER listen to Michael Jackson. I noticed you failed to mention his part on Alice Cooper’s Welcome to my Nightmare…. Price was the veritable spooky voice in The Black Widow. Later! Mari