I am bewildered at the length to which people will go to portray me so negatively.

I understand how celebrities can affect people’s emotions.  We spend so much time watching them.

I was in London for Diana POW’s funeral.  It was almost impossible not to get choked up as her coffin passed by.  I was very sad when Gilda Radner died.  Jackie Kennedy too, for different reasons.  Some people are obsessed with Elvis, and others Kurt Cobain.  It goes on an on.

Regarding Michael, people I’ve met, really sane people – are still reduced to tears over him.  Over a year after he died, it still affects them that deeply.  Is it because his music was the sound track to a lot of people’s youth?  Probably.  Who is to say why people act or react the way they do?  I don’t know.  But I do know this:  Michael Jackson’s fans can be positively rabid.

Do I think he molested little boys?  No, I do not.  I do think that he was extreeeeeeeeeeeeeeeeeemely in appropriate with them?  Yes, I do.  Extremely.  I believe that he was shoved into the limelight at a very early age, and failed to develop emotionally.  He lived with the brain of a terminal 10-year-old.  I’m no psychiatrist, but this seemed pretty obvious to me.  Maybe they did a little penis comparing, that wouldn’t shock me.  I am not saying it’s right, I’m just saying it wouldn’t shock me.   In defense of the exact description of Jackson’s penis by the young man, someone in the Jackson camp said recently that Michael liked to pee in front of people.  Extremely inappropriate, but it does explain how the boy could identify Michael’s penis.  |I understand wanting horrible things to go away, boy do I.  I think Jackson’s biggest mistake was settling the first molestation trial out of court.

I find it fascinating that the accusing child’s father committed suicide recently.

“I will say again that I have never, and would never, harm a child. It sickens me that people have written untrue things about me.”

Was he hot and heavy with Brooke Shields?  Please.  She is a Barbie doll.  They made a great cake topper.  Did it ever seem like being with a woman came natural to him?  Hell to the no.  That appearance/kiss with Lisa Marie on the MTV awards could not have been more uncomfortable to watch. 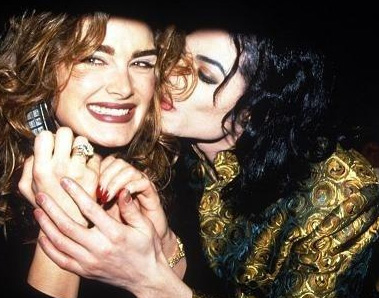 Does it matter at all?  No, not in the broad scheme of things.  He was just a man, a pop star, and now he is dead.

We became aware that there was no way we would be able to transport the body by land due to the ever increasing number of fans and traffic CHP could not escort us on the freeway and putting a vehicle with the remains of Mr. Jackson on the street or freeway at rush hour would most likely result in a low speed chase (a la OJ Simpson) by the media or snarling traffic with efforts to block the vehicle or even attack the vehicle by spectators. These were our concerns.

We asked about air and were told that LAPD and CHP were unavailable.  We called LASD Aero Bureau to check on their availability. (LASD-Aero Bureau flies Coroner staff with some regularity to Angeles National Forest , Catalina Island and into the Antelope Valley on certain cases, so it is not a problem for them subject to their availability.

When we called, Air-5 (the large search & rescue helicopter) was already in the air from Barley Flats (their normal posting for search and rescue efforts), heading back to Long Beach Airport (their home base each evening).  When we called, they agreed to transport the body and a staff member and their ETA to the hospital was about 5 minutes.

They flew the body and our staff to LAC+ USC Medical Center , where there is a helipad about 200 yards from our facility.  We met the helicopter with our van and moved the body to the Forensic Science Center in about 3 minutes after landing, by this time, Los Angeles Police and Los Angeles County Police had begun controlling access to the campus.

It wasn’t so much a favor as it was a request subject to their availability.  If they were busy we would have had no choice but to try the roads and all the congestion that would cause.

You can use that.

There are some who quote Michael as saying that he wouldn’t be caught dead on stage with the Jackson 5 again.  Oh, the irony.

There was that weird moment I had amongst Elvira’s posessions.