Everything gives you cancer these days, doesn’t it?  I mean, every time a f*ckin’ rat dies in a laboratory we lose somethin’ else good to eat!

Wayland handmade all of his puppets and had several characters besides Madame. Jiffy the Harlem Harlot, Crazy Mary, the old Man Mr. Mackelhoney and Baby Smedley. Madame always remained his favorite. He had several Madames made, even one he could go swimming with. He was known to sit her up in a chair and leave the tv on at night for her. He was incredibly shy and really never went anywhere unless she was with him

”I’m an illusionist. I’m right out there on stage beside Madame, but within two or three minutes it seems that I disappear.’‘

My friend Philip of Felix in Hollywood told me that Madame was at least partially based on a hostess of a diner called TRIO NYC.  Her name was Margo and apparently Madame was the spitting image of her, aside from what Philip described as “Margo’s holiday eye shadow.” If it was the July 4, it was red, white and blue.  Christmas?  Red and green… plus Margo had a much filthier mouth.   LOVE.

Madame’s very first incarnation was for a dirty puppet play called Kumquats.  She played a foul mouthed Mother Goose character that would introduce the other stories. One of the bits was a singing vagina puppet that would sing “Hello Dolly.”  Madame would chime in with, “Is that c*nt still singin’?”.

Once that play was over, Wayland traveled around gay bars in the New York area where he was known to sit on top of a jukebox with Madame and tell jokes for drinks. He met retired fireman Steve Whalen, the two fell in love and moved to Hollywood in hopes for of a career in show business.

Wayland was introduced to the world on The Andy Williams Show. After that, the bookings came non-stop. A show in Vegas, a guest spot on  Laugh In…  In 1976 he appeared with Madame on the Redd Foxx gay-themed blacksploitation flick Norman Is That You?  A stand up special on the Showtime Network called Madame in Manhattan eventually led to a lucrative stint on the innuendo based The Hollywood Squares.  Wayland took over the center square for Paul Lynde for a short time. 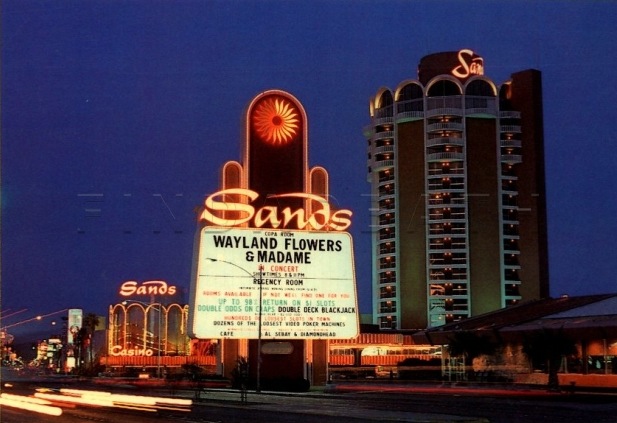 In 1983 Madame became the first puppet to get her own sitcom, Madame’s Place. Though the show only lasted one season it went into syndication very quickly. It was during this time that Wayland started using drugs.  Rumor around the set was that he had to be jacked up on coke just to handle being on a dolly for hours on end while shooting.

Wayland moved on to the show Solid Gold for four years.

“God, I’d like to slap the taste right out of your mouth.”

They lived in this house in Hollywood,  located across the street from where Divine died in 1988. 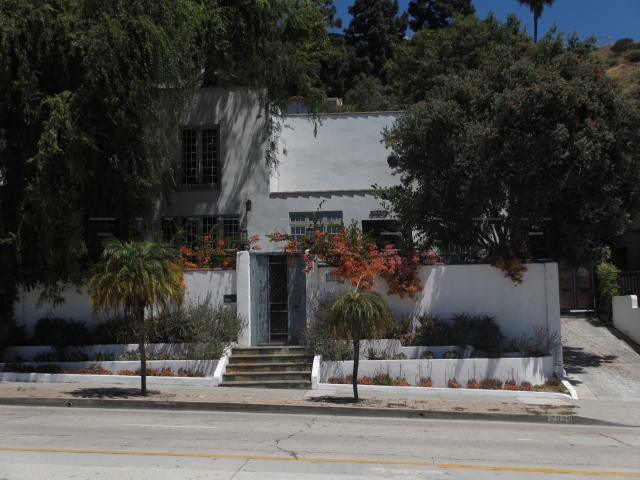 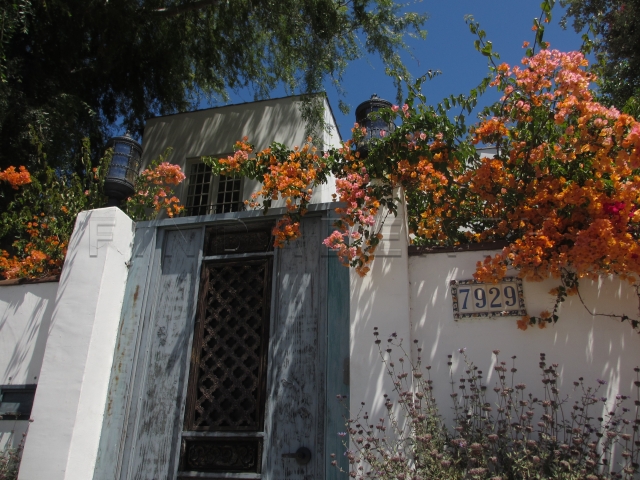 After Flowers’ stint on Solid Gold ended, he discovered he was infected with HIV and eventually AIDS.  He dove deeper into his drug habits, alienating almost all of his friends and associates.

On September 2, 1988, during a gig at Harrah’s resort in Lake Tahoe, Wayland collapsed onstage.  When released from the hospital he flew to Dawson, GA to visit his family for the last time, then returned to Los Angeles.  Some say that, while delirious, Wayland was taken advantage of and signed away the rights to his puppets. 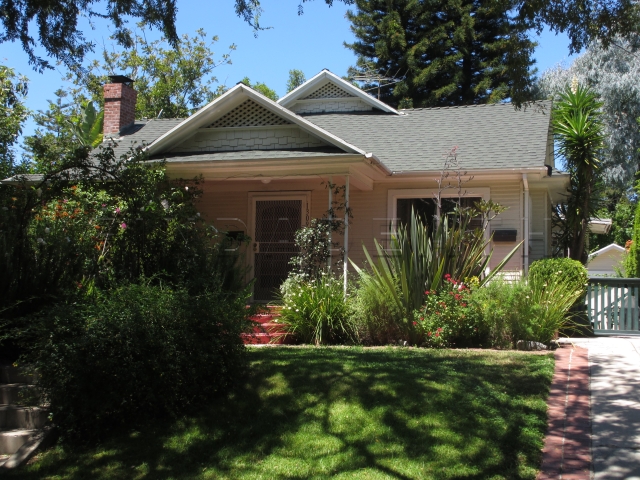 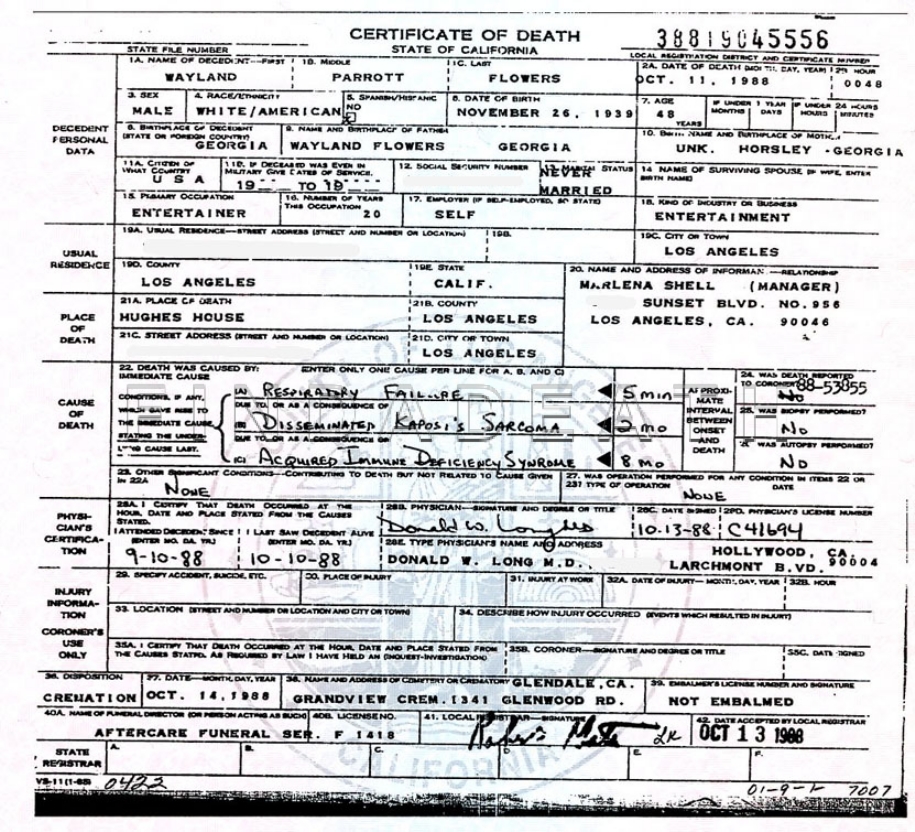 There was to be a private memorial service in Los Angeles on October 22, and another in Georgia.

It’s rumored that Wayland is buried with a Madame puppet.  He was cremated, so who knows?

A Madame puppet is on display at The Center for Puppetry Arts.

But… it didn’t end there.

Madame is owned by Marlena Shell Rumor.  The puppet has gone through several puppeteers in an effort to revive Madame’s career. One of these puppeteers was Thom Fountain (Salem from Sabrina the Teenage Witch), Joe Kovaks and others. All seemed to leave under a year due to alleged management “issues.” The current handler is entertainer Rick Skye who sparingly does anything with her.

More recently a LA based puppeteer Mark Paquette and Marlena Shell were in a legal battle over the rights to Madame as it seemed the copyright had run out sometime in the late 90s. It led to a rather colorful race to get the rights again.

Not all puppeteers are bad. 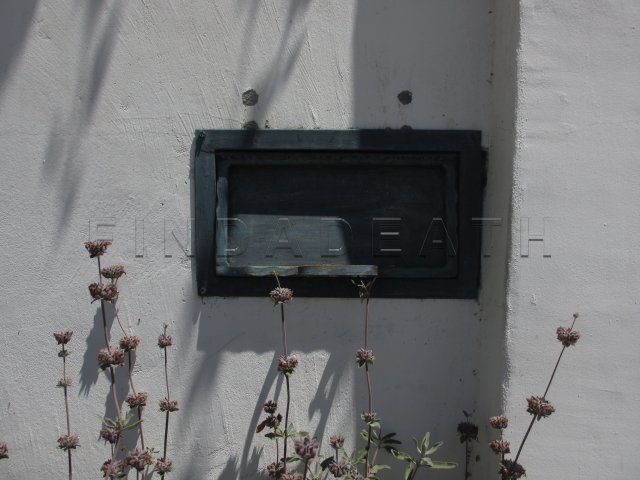 Thank you to you know who you are.

4 thoughts on “Wayland Flowers and Madame”