Aside from being frightened of clowns, wax statues do it for me too.  These are a collection of some of the worst, starting with the worst, sent in by my friend Cayley.
Cayley, you win.  You have officially scared the shit out of me. 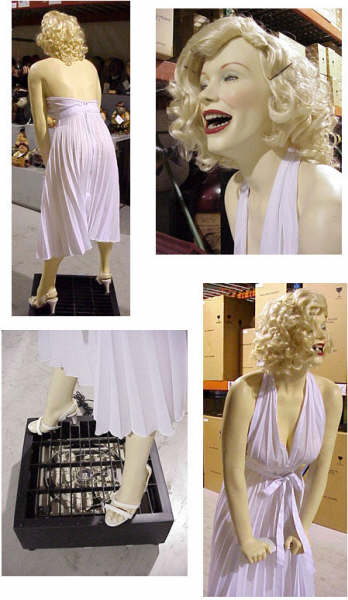 There are people – unemployed people – that stand in front of the Chinese Theater dressed like superheroes.  There’s Wonder Woman, Superman, Batman etc.  They ask if you want to take a picture with them, then after you do, they hit you up for money.  Avoid this.  There is one particular LUCY that gets right up my nose.  Hate.  Anyway, one chick dresses like Marilyn, in a terrible wig that looks like you could kick it across a room and it would keep its shape.  Well, chick gets knocked up.  Chick continues to show up as her belly grows.  I took this unbelievable picture a few months ago.  If I were Marilyn, the real Marilyn, I would find a way to crawl from my grave and slap this whore. 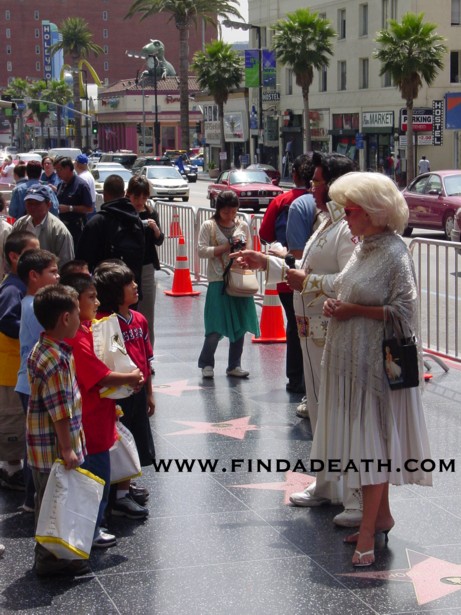 Which reminds me, there is a guy who’s gig is to be “Dead Marilyn.”  I love the pictures I’ve seen, and would love to see this atrocity LIVE.  She has been in touch with me, after finding these pictures on findadeath, and is hinting at a public appearance, and I await with ragged breath.  I adore her, and worship at her shrine.  Please come back and perform! 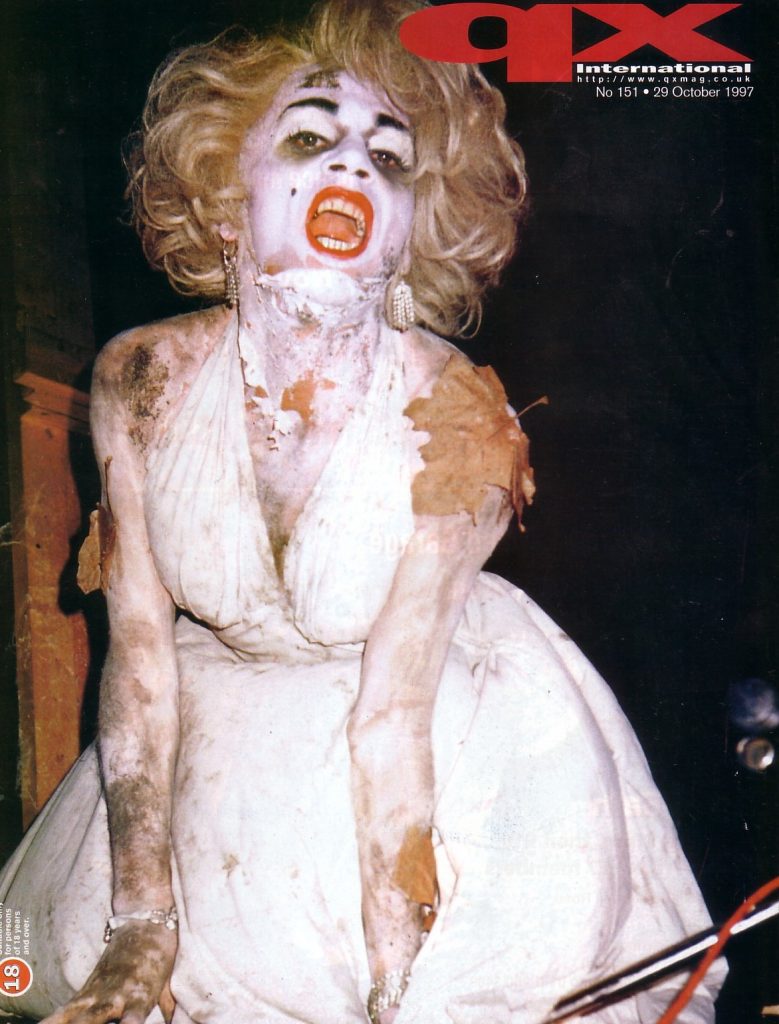 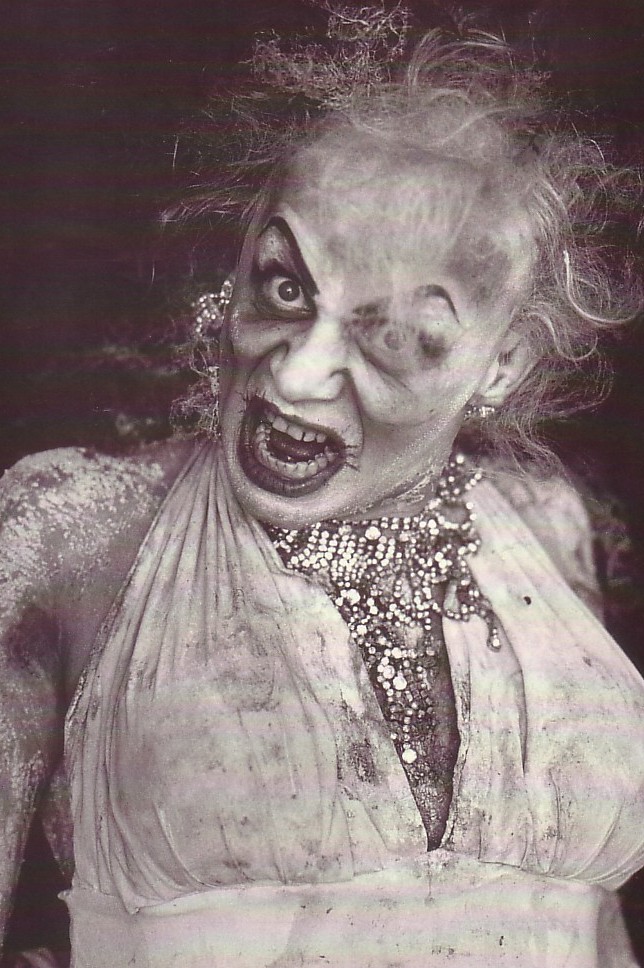 Findadeath friend Julie had a picture of the Scarilyn at the Hollywood Wax Museum.  That place totally sucks, and is great at the same time.  I remember this Marilyn having stains on her dress. 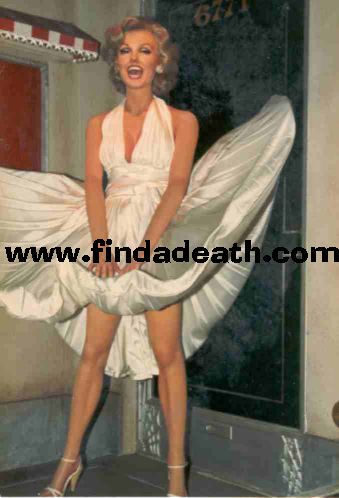 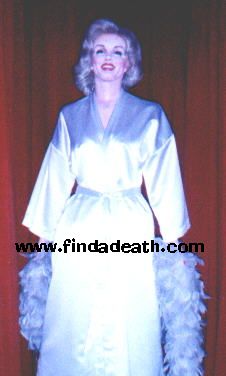 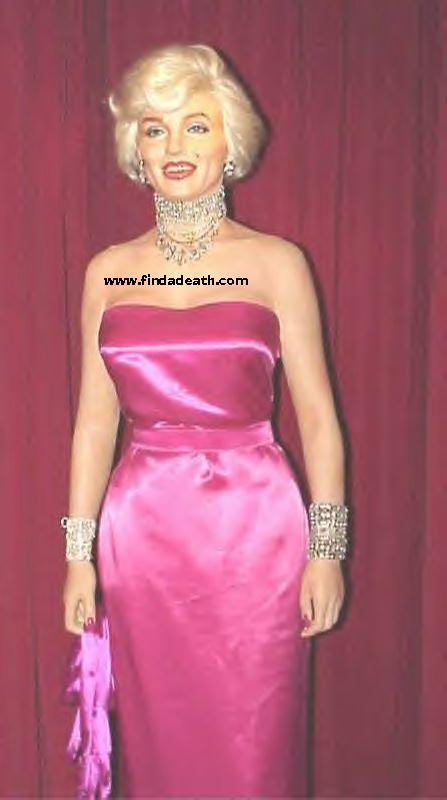