I find men terribly exciting, and any girl who says she doesn’t is an anemic old maid, a streetwalker, or a saint.

The woman explained herself quite well in the opening paragraph of her autobiography, LANA. I quote “One June evening in 1937, I sat in a Hollywood theatre, waiting for a preview of They Won’t Forget. I played a Southern schoolgirl, Mary Clay, who would be raped and murdered. An innocent teacher would be blamed and lynched before he came to trial. I hadn’t really understood the significance of the script, but I remember what I wore – a close-fitting sweater with patent-leather belt and a well-contoured skirt.”

This is the way this broad lived. Not an intellectual giant, but she always looked damn good.

Anyway, as legend has it, in 1936 Lana was attending Hollywood High School. 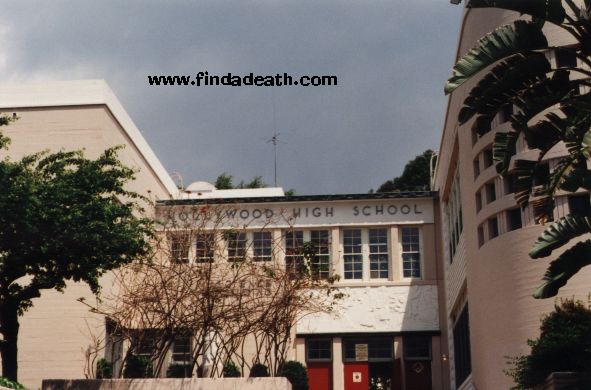 She ditched a typing class and went to a malt shop. It wasn’t Schwab’s as everyone used to think, but it was called The Top Hat. It’s long gone, but this is where it used to be. 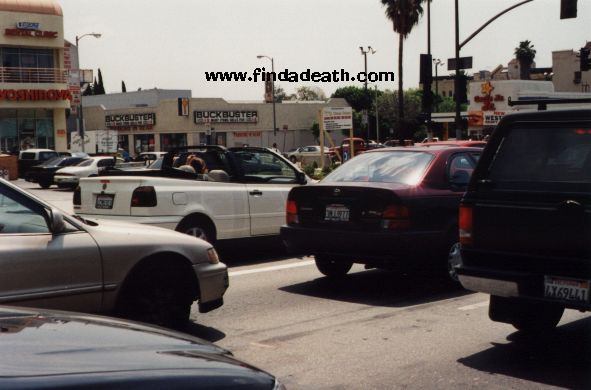 We all know what happened there, so I won’t go into it. She was discovered.

I read one account that Lana was diagnosed with cervical cancer, in 1981. 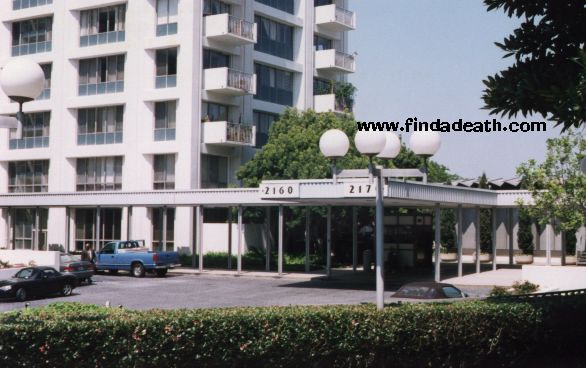 She lived in suite 2006, on the twentieth floor. She called it her “ivory tower.” 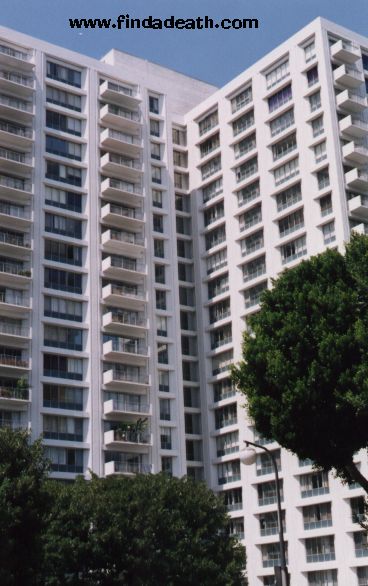 In 1992, she was diagnosed with throat cancer. With treatment, she thought she had licked it, and announced in 1993 that she had recovered. Supposedly in remission, Lana started showing up on the Hollywood social scene. Guess what? It returned and spread to her esophagus.

One of Lana’s last public appearances was in September of 1994, when she attended the San Sebastian Film Festival in Spain. She was to accept a lifetime achievement award. She should have taken a note from Bette Davis about that one, and given it a miss. Friends and family tried to talk her out of attending, but she went anyway, in a wheelchair.

Check out those nails. 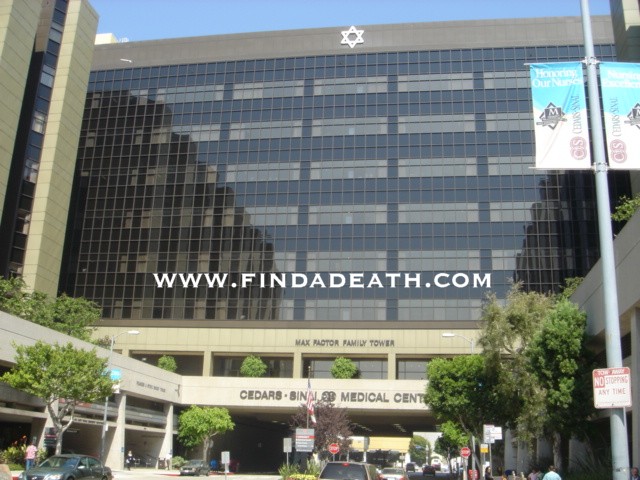 because her jaw and neck were severely swollen. At that point, she weighed only 85 pounds. One report stated that the doctors wanted to remove Lana’s jawbone. The actress supposedly replied, “My face was my fortune and I want to be able to look in a mirror right up until the end. I’m going to go out like a star.”

They treated her, and released her, stating that she “was in good spirits,” and “seems to be in good shape.”

Lana had her daughter Cheryl, 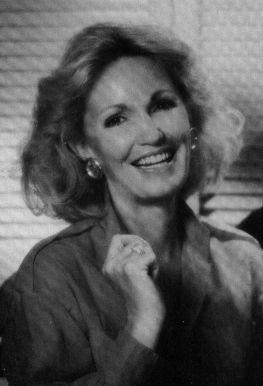 move in with her, to help nurse her. Lana had stopped eating, and had to be fed through a tube implanted in her stomach. She went through 7 weeks of radiation therapy, and seemed to be on the mend. But she wasn’t. 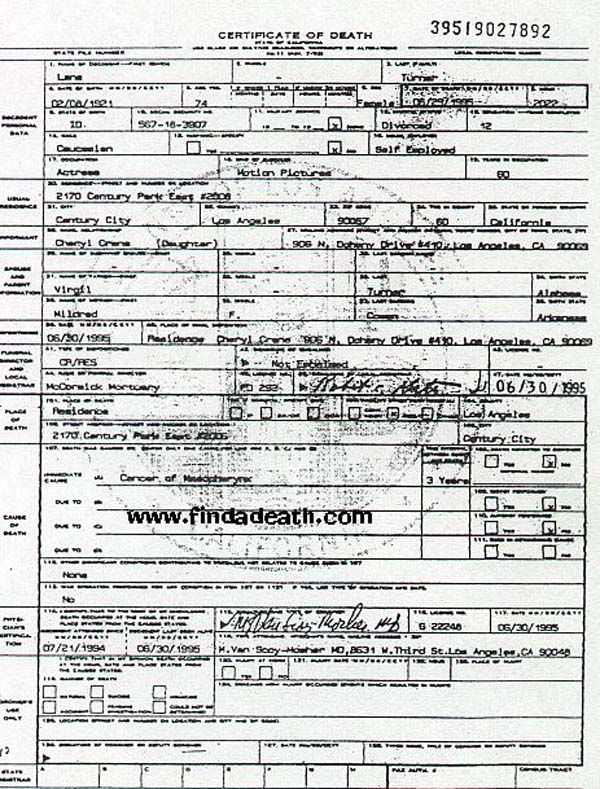 Cheryl issued a statement: “This was a total shock. She was doing fine. She just took a breath and she was gone.”

Lana was cremated, and her ashes were given to her Cheryl. Cheryl and her girlfriend Josh scattered Lana’s ashes over Oahu, Hawaii.

In Lana’s will, she left Cheryl 50 grand. She left the rest of her estate to her “close friend and long-time employee, Carmen Lopez Cruz. Carmen claims to have been there the night of the murder, Cheryl denies it. Interesting.

Trivia: Lana was obsessed by the O.J. Simpson trial. “He’ll get off,” she predicted.

More:  Lana dated Judge Wapner, when they were in high school together.  Ew.

As much of a drama queen as she was on the screen, the real drama in her life was off screen, in her highly publicized affairs with men like Howard Hughes, Tyrone Power and Frank Sinatra.

8 marriages and 7 husbands were:

This is my favorite quote by Lana:

Sorta sums her up all in one gulp, don’t ya think? 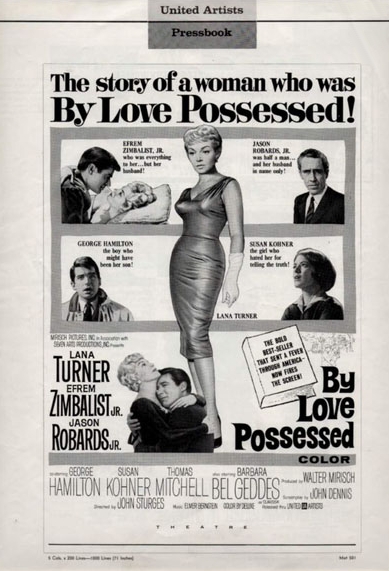 It’s her all over! What a gal.

BTW, A&E did a biography on her recently, and they claim that only her maid was with her the night she died. As a matter of fact, they interviewed the maid, who described (in Spanish) how and when Lana died. The maid called her “Laneeta”, and claims she laid down in the bed with her and held her until she died. She kept saying to her “Oh no Laneeta, don’t go! Don’t leave me Laneeta”.  (I know how you love this kind of morbid detail.) She claims that Cheryl was in Hawaii when her mother passed away.

The fact that she left the bulk of her estate to her maid and not her daughter, sort of explains the relationship she had with Cheryl. From what they reported, Lana left Cheryl her fur coats and a small amount of cash…. that’s it. The maid had been with her for over 40 years, and had been through everything with her, including the Johnny Stompanato thing, so she got it all.

Great stuff, Nancy. Thanks so much!