People call me all the time and say, ‘Richard, I heard you were dead.’ I say, “You’re talking to me.  What do you think?

Whether you knew him from his stand-up comedy routines, or from his movies, such as Silver Streak or Stir Crazy, Richard Pryor was a very funny man. So funny, that he was voted the number one stand-up comedian of all time in April of 2004, by Comedy Central. We won’t get into any career details here, as there is enough information on the IMDB.

He had almost died in 1980, after setting himself on fire while freebasing cocaine. He would later claim that it was a suicide attempt, and even joked about it in his act.  He would hold up a lit match moving it from left to right and say, “What’s that? It’s Richard Pryor running down the street.” Good one.

In 1986, he was diagnosed with multiple sclerosis, and that cinched his physical downfall. During this period, he made some lousy movies, the last one being Another You with Gene Wilder in 1991. Pryor admitted that the quality of his films had gone downhill, but that he only did them for the paychecks. At least he was honest. In 1990, Richard suffered a mild heart attack in Brisbane, Australia.  He underwent quadruple bypass surgery in 1991.

He lived in Encino.  His daily regimen included waking at 8 a.m. by a nurse who would massage him, shower and dress him.  At noon, he would enjoy lunch and a few hours in front of the television.  Crank Yankers and Dave Chappelle were two of his favorites.  Once a week, a physical therapist would help him exercise, otherwise he would listen to music or sit by the pool with his pooches.  At 3 p.m. he would nap, then greet visitors.  At night, he would get massaged again, and while sleeping he was monitored by an assistant, and moved to avoid bedsores. 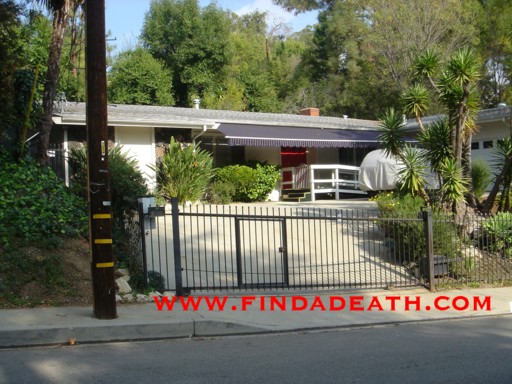 The tabloids have been running the “Tragic last days…” stories for about 5 years.  According to one report, Richard had to have several teeth with fillings pulled to lower the mercury level in his body.

In 2001, Richard remarried his former wife Jennifer, who divorced him in the early 80s for physical abuse.

In 2004, his daughter Rain said that her father was no longer able to speak, due to his MS. She said that for him, not being able to speak was the same as being dead. I also remember hearing that he was under severe financial hardships, and was having trouble with the rights to his comedy albums. Either way, this man was in bad shape.

His last public appearance was in July of 2005, at an event called “Richard Pryor at the Helm of Comedy.” It was sponsored by the African American Steering Committee.  Here is Richard with comic Eddie Griffin, 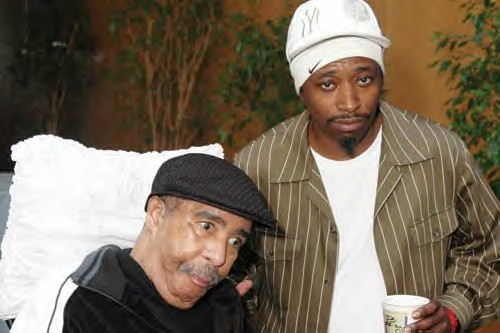 and in this shot, his wife is on the extreme right. 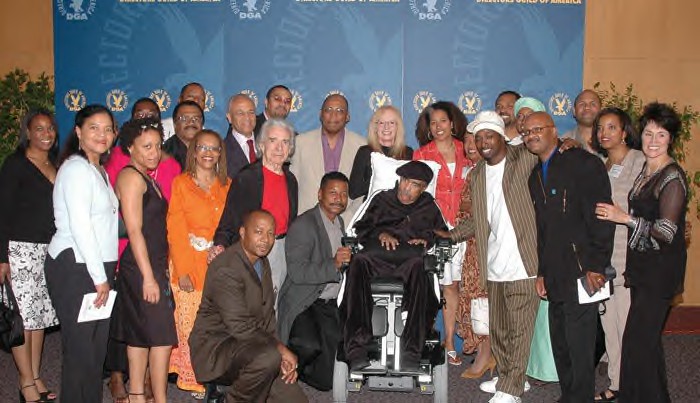 These are sad, sad, pictures.

On December 10, 2005, just before 8 a.m., his wife found him unresponsive in bed, and tried to revive him.  She called for emergency services, and paramedics took him to the Encino Hospital in Los Angeles, trying to revive him on the way. 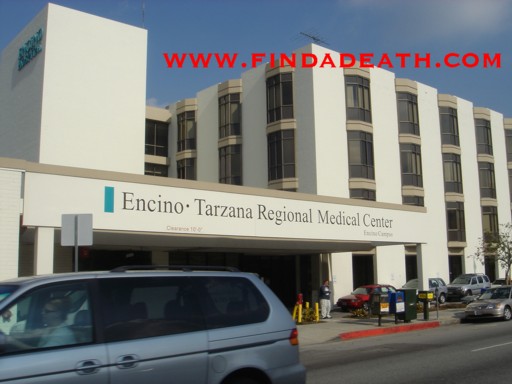 He was pronounced dead in the Emergency Room. 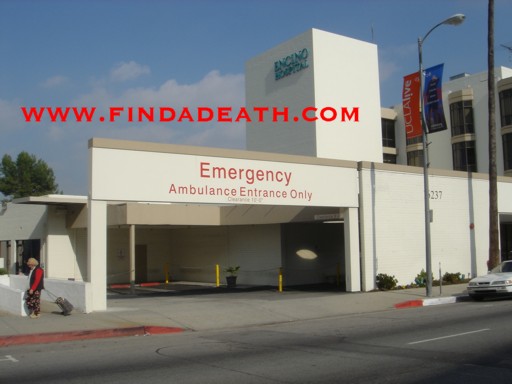 Said his wife, Jennifer, “He enjoyed life right up until the end,” “At the end, there was a smile on his face.”

He had turned 65 the week before. 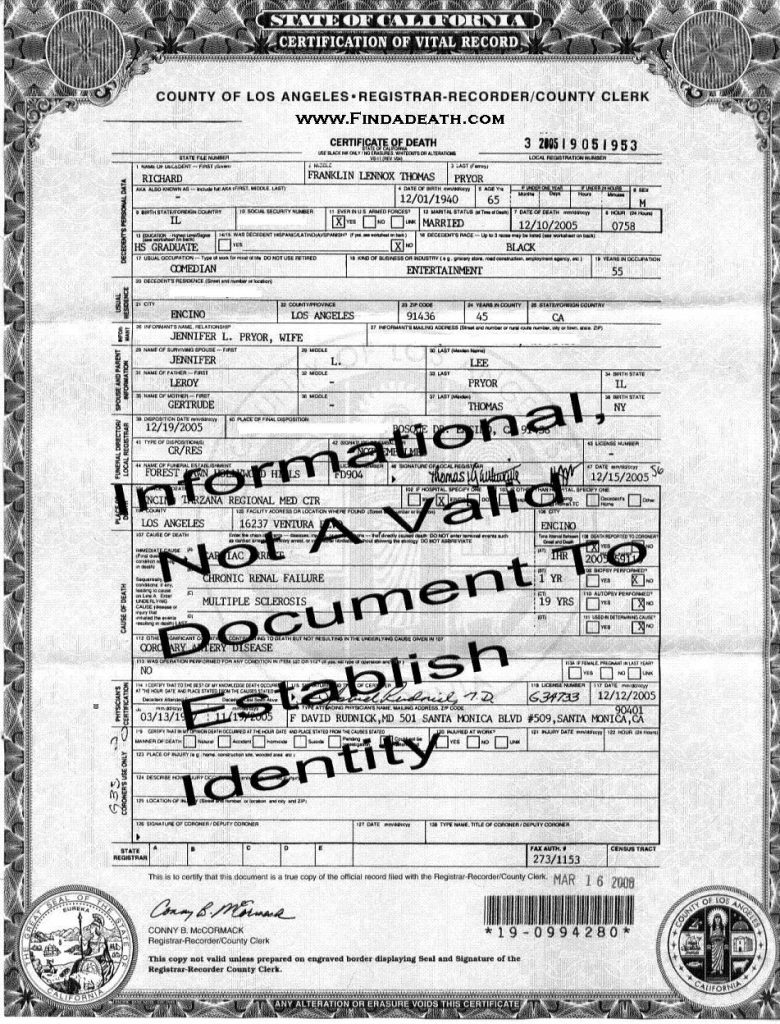 The Hollywood Chamber placed these flowers on his star. 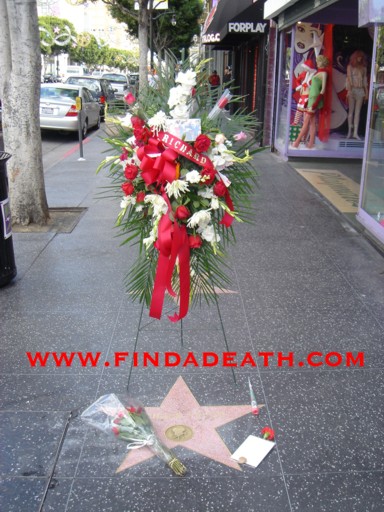 Upon hearing of his death, fellow comedian (and serial womanizer) Bill Cosby issued this statement: “I wish that every new and young comedian would understand what Richard was about, and not confuse his genius with his language usage.” Uh, Bill, have you read Pryor Convictions?  Talk about a back handed complement.  Take off your sunglasses and shut up.

Richard’s funeral is Saturday, the 17th of December.

My friend Kim sends us this report:

Richard Pryor Remembered at Funeral         By Julie Keller 7 minutes ago

Richard Pryor got a send-off fit for a King of Comedy.

Anecdotes, tributes and tears flowed Saturday in Los Angeles, as family and friends gathered for a private funeral service memorializing the iconic–and iconoclastic–funnyman, who died a week earlier of a heart attack at age 65.

Diana Ross, George Lopez, Pauly Shore and Mike Epps were among those lining the pews at the Church of the Hills at Forest Lawn Cemetery.

The service included a video montage of Pryor’s film and stage performances, a rendition of “Amazing Grace” that included vocals by Ross, who starred with Pryor in The Wiz and Lady Sings the Blues, and shared memories among attendees.

“There was a very intimate, very small and we all just got together and kissed him away,” Mo’Nique told reporters afterward. “See you later, Richard, see you when we get there…But don’t call me no time soon, uh-uh.”

Considered one of the greatest, most influential comics of all time, Pryor showcased his skills in a trio of award-winning concert films–Richard Pryor Live in Concert (1979), Richard Pryor Live on the Sunset Strip (1982), and Richard Pryor Here and Now (1983)–and starred in more than 30 films, including Silver Streak, Uptown Saturday Night, Stir Crazy, and the autobiographical comedy-drama Jo Jo Dancer, Your Life Is Calling.

Pryor battled drug addiction throughout his life, and was nearly killed in a freebasing incident. But his biggest health challenge was multiple sclerosis, which essentially sidelined his career in 1991, after tag-teaming with frequent partner Gene Wilder in Another You, and left him confined to a wheelchair.

Although he rarely appeared in public in his later years, Pryor did turn out to receive the inaugural Mark Twain Prize for American Humor in 1998, and was featured in the 2004 Comedy Central special I Ain’t Dead Yet, Motherf*cker, where he was lauded by the likes of Dave Chappelle, Margaret Cho, Jamie Foxx, Whoopi Goldberg, Steve Harvey, Chris Rock, Denis Leary and Robin Williams.

On Saturday, Lopez told reporters that Pyror “meant everything to me.”

“He was the one person who filled my house with his voice and made me not feel lonely, and made me feel my life could be worth something and that my pain could be currency for laughs,” Lopez said.

Though no official announcement has been made, sources say a public memorial service for Pryor will be held in January. His widow, Jennifer Pryor, says a major benefit celebrating her husband’s life is also being planned.

Richard was cremated, and his ashes were given to his family.

Rest in peace, Richard, and say Hi to Lenny, Rodney, Sam, and everyone else up there.

Trivia:
He was good friends with Redd Foxx, and wrote for Sanford and Son.

He was a good friend of Sammy Davis, Jr.

He was also good friends with John Belushi, and was almost at the Chateau Marmont the night Belushi OD’d.

He smoked pot with Jackie Gleason during filming of The Toy.

He had an affair with Margot Kidder during the filming of Superman III.

He co-wrote Blazing Saddles, and was going to star, but the studios refused to finance the movie unless Pryor was replaced. Thus, Cleavon Little was cast in the role.

He was a big fan of Bob Newhart.

He was married seven times, and had seven children.

Most of the above info was taken from Pryor’s autobiography, Pryor Convictions. Check it out if you don’t believe me. 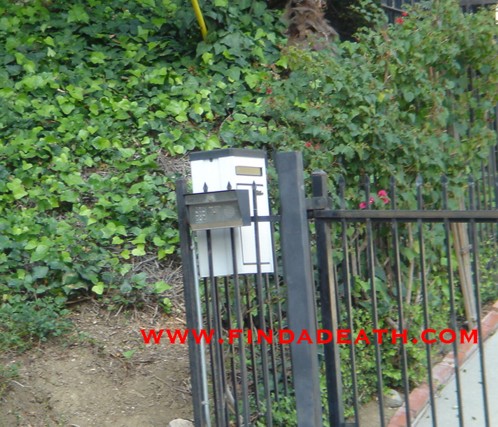 Special thanks to Jim J.