If any of you are fans of the show Bewitched, you’ll know him. He was 1/2 of the singing duo “Boyce and Hart,” that sang “I’ll Blow You a Kiss In The Wind” on the best ever episode, 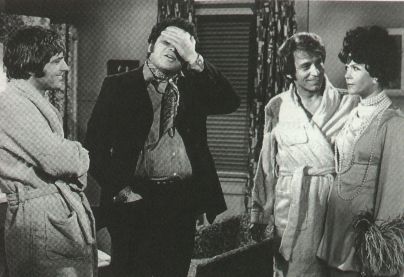 when Serena was the entertainment director of the Cosmos Cotillion. They also had a top ten hit with, “I Wonder What She’s Doing Tonight,” and composed the Monkee’s theme song.

Despite all this success, Boyce was (in the words of Roseanne Roseannadanna) depressed as a dog. In 1994, he was 55 years old, and living with his wife in Nashville. They lived on Fairfax Ave., at Convent Ave. 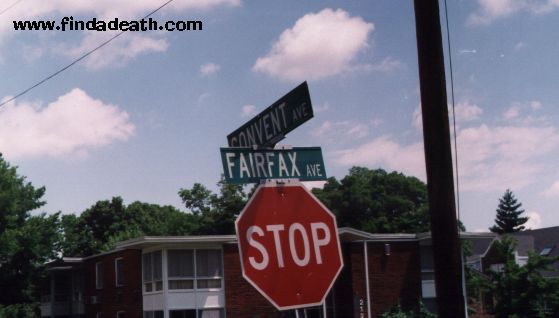 The apartment was located at 2124 Fairfax, 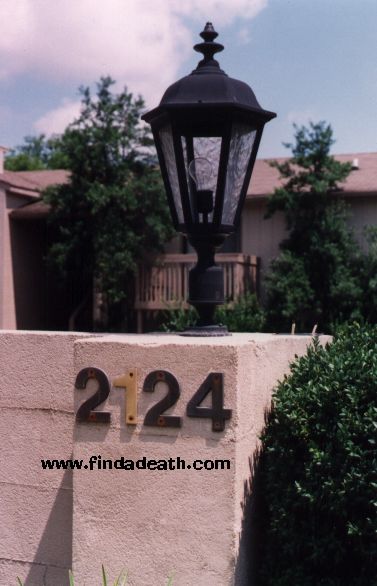 and was in a complex called, “The Cloisters.” Get it? 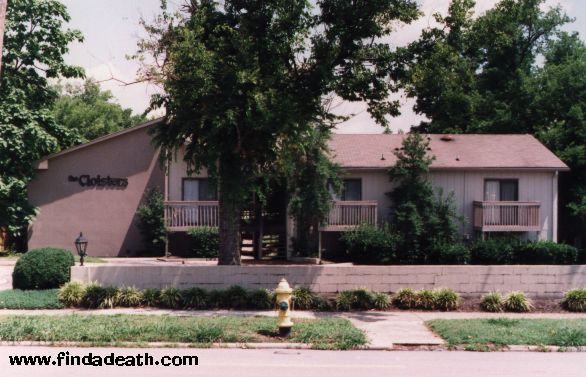 According to the information I could gather, his downfall began with a brain aneurysm a few years earlier. He was known to like a drink (Tia Maria straight, or Jack and Coke) and after this illness, he had to change his diet and his drinking habits. That’s probably what brought the depression on. He was also a good pal of rocker Del Shannon, who blew his own brains out in 1990, and of Elvis Presley as well. This paved the way for the events of November 23rd, 1994.

Tommy and his wife were living in apartment 202, 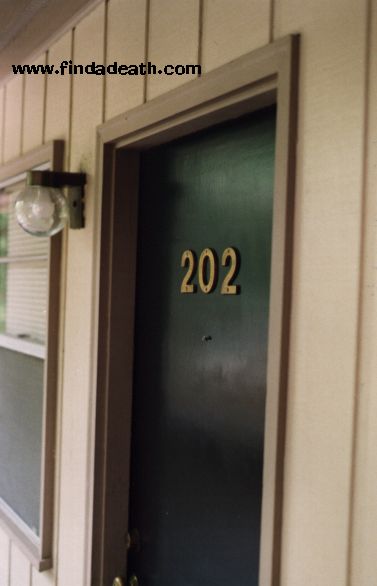 and on the morning of the 23rd, he dressed himself in shoes, socks, jeans, and a Days of Our Lives T-shirt, and a smoking jacket. At 8:30am, his stereo woke his wife Caroline, and she asked him to turn it down. He did, and she went back to sleep. She woke up a little over two hours later and found him dead on the couch. He had put a gun up to the right side of his head and pulled the trigger. She never heard the gun go off, nor did any of the neighbors. Here’s the back door 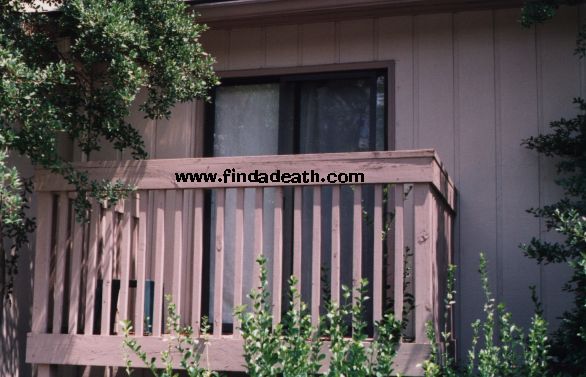 of the apartment they could have heard it from. Caroline flipped (understandably) and ran next door to call the police. 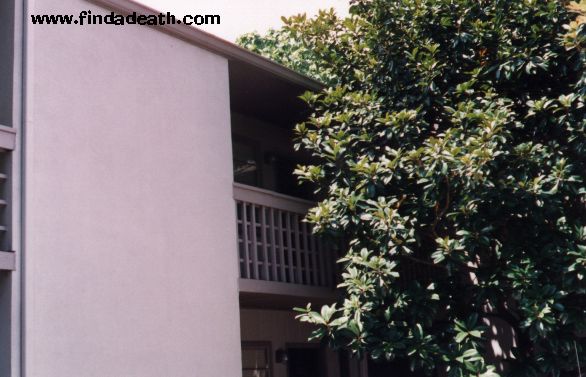 and performed an autopsy. They found no drugs or alcohol in his system. 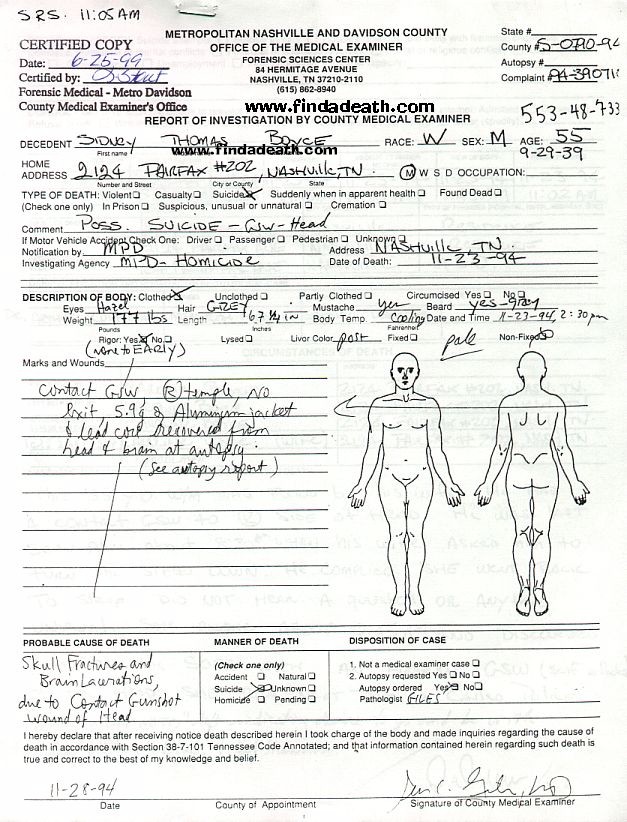 Tommy Boyce was born in Charlottesville, Virginia, and lived in England, Memphis, LA and Nashville.

By the way, Tommy’s final project was a book called “The Greatest Rock ‘N’ Roll Stories Ever Told, By America’s Favorite Rock ‘N’ Roll Storyteller, Tommy Boyce.” It was unpublished at the time of his death. Don’t know if it did get published. God I’m lazy. I’ll be right back.

Can’t find that book, but I did find one called, “How to Write a Hit Song, and Sell it” by Tommy here.

Or you can order a really good CD of their greatest hits here:

“Services were held for him in Pacific Palisades.  As he wrote many of The Monkees hits, he was close to Davy. Davy was the only one to send flowers to his service. none of the four attended. His book was hoping to be published by his widow but as of yet has not as of yet.”

Trivia: A very good friend of Findadeath met Tommy a couple of years ago, and got his autograph. Here it is. 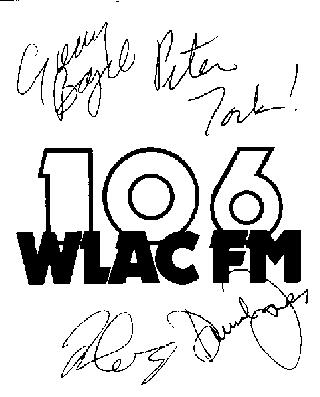