He was born Frederic Austerlitz Jr. in Omaha, Nebraska. He entered show business at the tender age of five, teamed with his sister, Adele, on Broadway and in vaudeville. 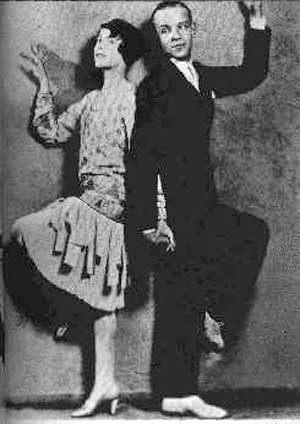 She got married and left show business in 1932, and Fred and his new wife Phyllis headed to Hollywood.  He began appearing in movies, his first being Dancing Lady in 1933. Later that year he appeared in the film Flying Down to Rio with Ginger Rogers. 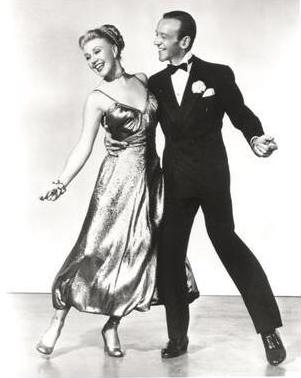 They would appear in only ten films together. After Ginger broke up the act, he would continue to appear in the movies and on TV, including Holiday Inn with Bing Crosby, Easter Parade, with Judy Garland and Peter Lawford, The Towering Inferno (with OJ), and his final film, Ghost Story, (where he had those weepy red eyes) in 1981. See all of his other credits here.

In June of 1980, he made headlines when he married Robyn Smyth, a thirty-six year old racing jockey. Fred enjoyed the horses, and they had met on New Year’s Day, 1973. None of his immediate family attended the wedding, which was performed at his house in Beverly Hills. He was eighty-one at the time. From what I gather, Robyn shut him off from a lot of his friends and family. 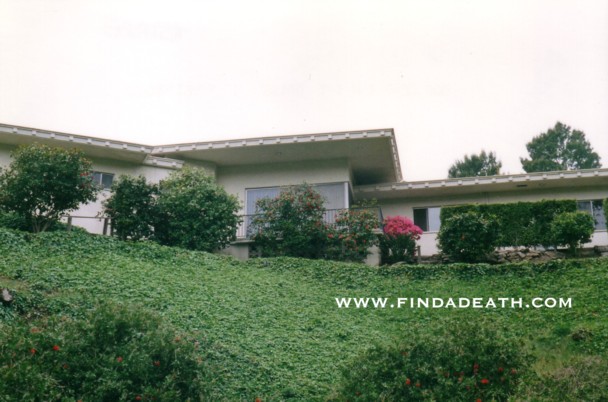 In March of 1987, he was due to receive an award in New York City from Capezio Dance Shoes, but his health had begun to fail. On June 12, he checked into Century City Hospital, due to breathing problems as the result of a severe cold. He checked in under the assumed name Fred Giles. The cold turned into pneumonia, and he died ten days later, at 4:25 AM, on June 22, 1987. He was eighty-eight thousand years old. 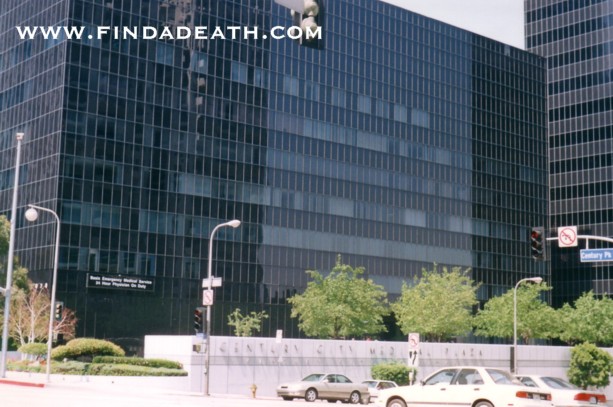 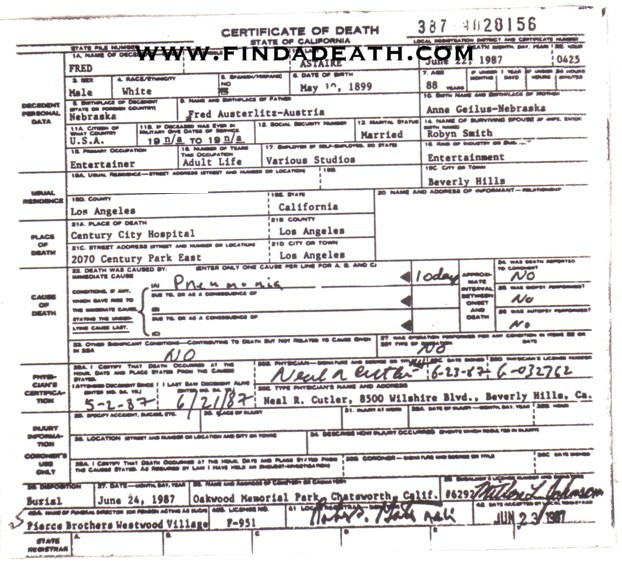 A private funeral was held three days later.  He was buried in a smoking jacket, black slacks, and patent leather shoes.  He was put in a 2″ planked mahogany Batesville casket and a copper lined Wilbert Burial vault.  He is buried in Oakwood Memorial Park in Chatsworth, California, next to his first wife, Phyllis, his mother, Ann, and his sister, Adele. 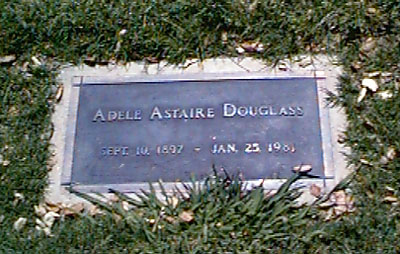 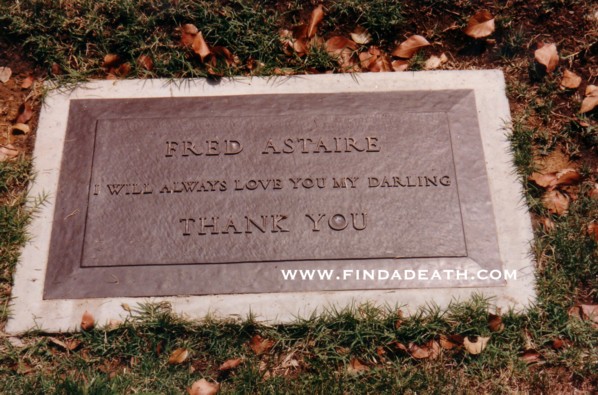 Just after Fred was planted. 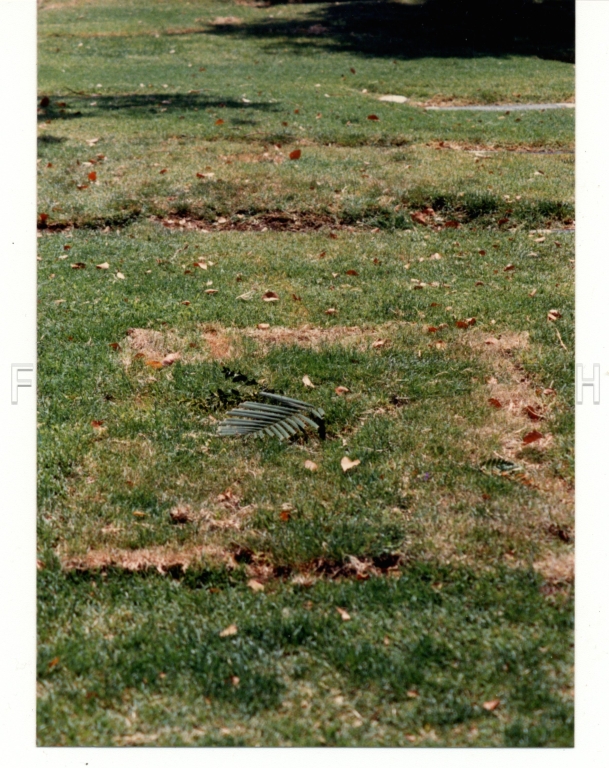 Here is his grave:  You can almost hear his last wife screaming in to the phone, “AND I WANT IT TO SAY – I WILL ALWAYS LOVE YOU MY DARLING!”

From what I hear now, Robyn Astaire has kept his image and likeness under lock and key. She refused to allow footage to be used for the Kennedy Center Honors Awards, when Ginger Rogers received an award in 1992, BUT she allowed his image to be used by Dirt Devil vacuum to be used for a series of commercials. She maintains that she is abiding by his wishes to only be seen dancing with an electrical appliance, after he dies.

I’d like to thank dead friend of Findadeath, Mike Pare’ for this particularly delicious shot of Ginger Rogers.  You live on, Mike. 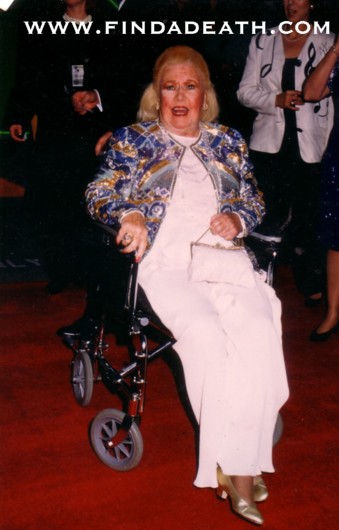 Gene Kelly once said “If Fred Astaire is the Cary Grant of dance, I’m the Marlon Brando”.

After his first screen test, he was rated as “Can’t act. Can’t sing. Balding. Can dance a little.”

He was offered the opportunity to star with Bing Crosby in White Christmas, but he declined. He was then replaced by Donald O’Connor, who quit, and he was replaced by Danny Kaye.

He opened a chain of dancing schools in the Forties. Here’s one by where I live. 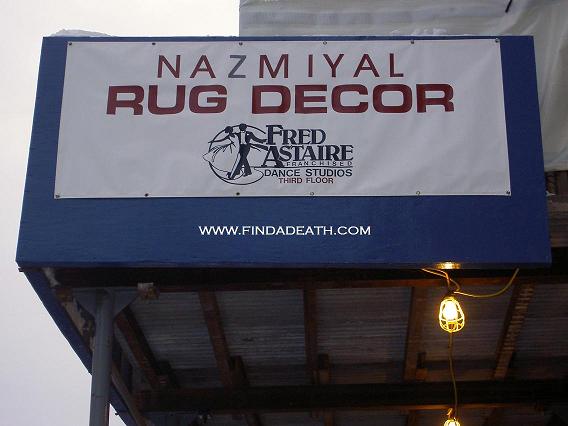 He was best friends with Irving Berlin.

He appeared in the movie Imagine with John Lennon and Yoko Ono.

His favorite drink was a Bourbon Old-Fashioned, and he made a mean chicken soup. 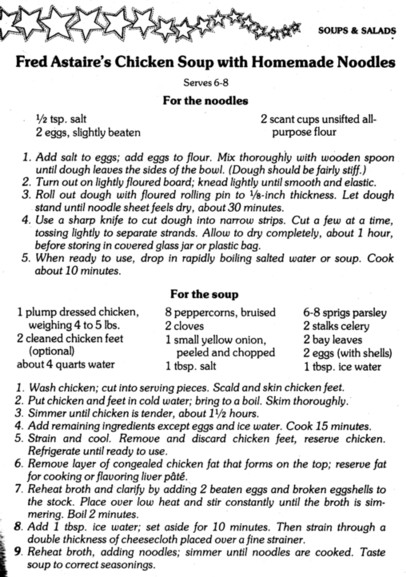 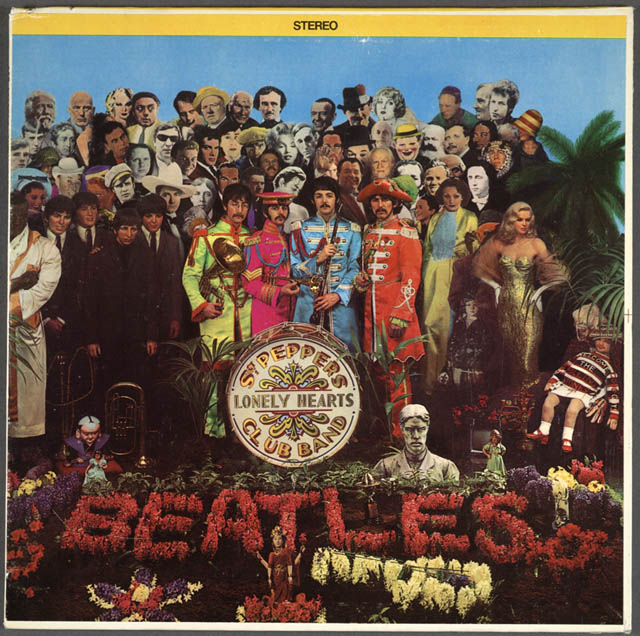 Ginger Rogers is buried in the same cemetery as him.

He liked to play pool, and later on in his life, he took up skateboarding.

His legs were insured for one million dollars.

Wanna take a Fred Trivia Quiz, or see his autograph? 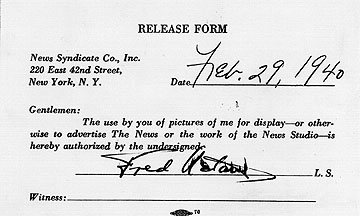 Thank you to Kevin Hassell, my right hand man, for putting this story together, and Mike Steen and Mike Pare’ for additional shits and giggles.

Fred’s widow strikes again. See it for yourself, HERE.

One thought on “Fred Astaire”