GHRRL.  Look at those stunners.  Heh.  Thanks to Terry Bellows for the new pic.  It is… breathtaking.  Nothing short of fabulous.  My buddy Harry noticed the resemblance of  that the creature in back, to Charles Pierce.  I think he’s right!

Most of you probably remember him as Mel Cooley, from The Dick Van Dyke Show. He was pretty good in that, but he also replaced Roger C. Carmel in The Mothers-In-Law, and was on Leave it to Beaver as well. He did a stint on Broadway in Hello Dolly, opposite ‘gulp- Phyllis Diller. Now THAT would have been interesting. His last job was as a host of a Canadian cooking show, featuring microwave cooking. He also wrote a book on the subject. Who knew?

He was also gay. Shocked? In Boze Hadleigh’s book Hollywood Gays, he meets up with Richard, and asked him, “Do you imagine any segment of the public guesses that Richard Deacon is gay?” He (Deacon) shook his head. “Not even gays. Most would be surprised. Only because what you see on TV – a serious guy in a suit, unsmiling – isn’t how anyone thinks of gay males.”

In his career, Richard Deacon always played supporting parts. From what I read, he wished for more, but with the looks and persona he had, he did as well as he could.

On Wednesday night, August 8th, 1984, he was stricken with a heart attack at his home in Beverly Hills. He lived on Dale Grove Drive. 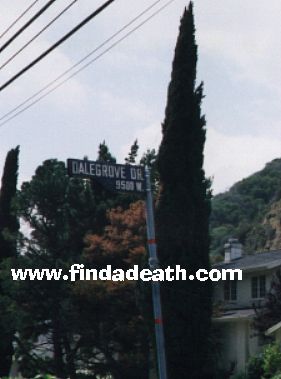 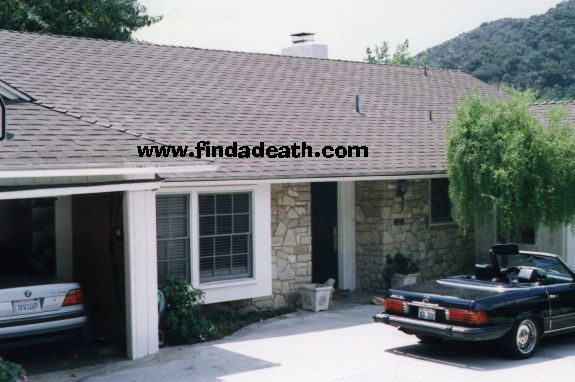 and no doubt, the paramedics carried him out the front door, 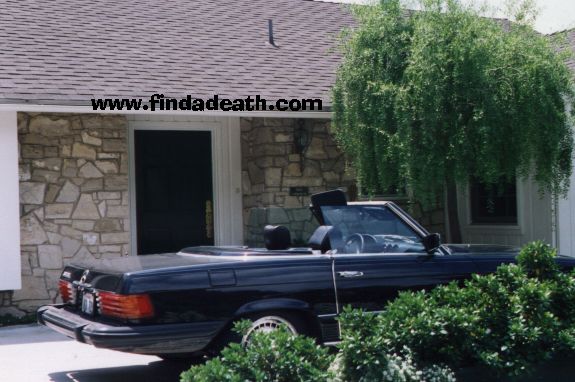 into the ambulance, heading to Cedars Sinai Medical Center (Thank you Terri!). 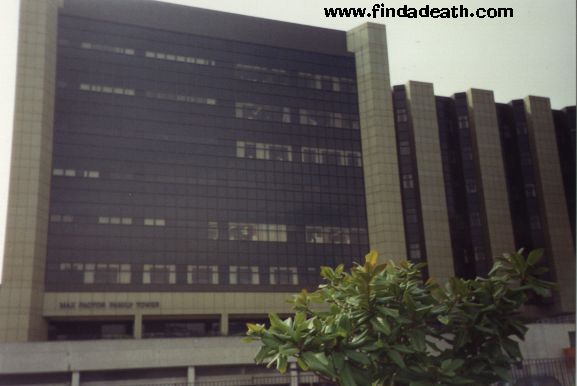 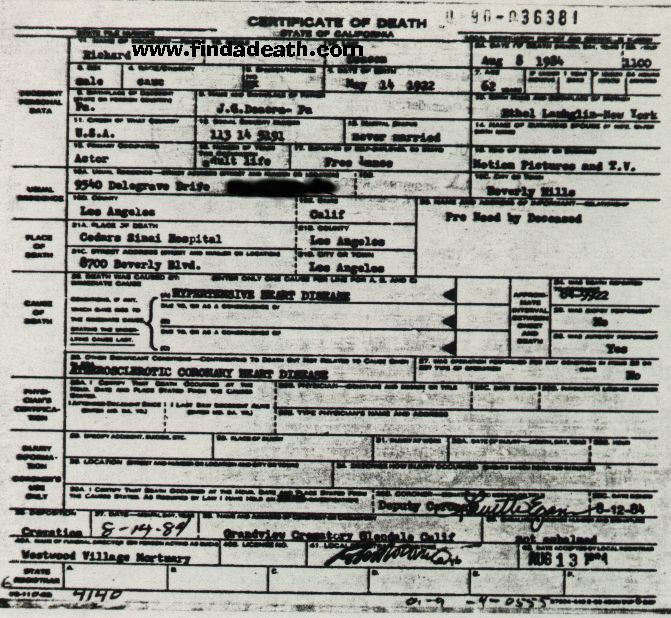 Upon hearing the news of his death, Rose Marie (remember her? Oh, if you could only see her now. Still with the bow…) issued a statement, “I’ve lost someone very, very dear, and very treasured, and I think our business has lost a great talent.” Rosie also added that Deacon would tease, “I will say “Dinner is served” anyplace, meaning that he would often take butler parts.

He was cremated at Grandview Crematory. The funeral director was Westwood Village Mortuary. They do everybody.

He was survived by his father.

I was in a bar out in West Hollywood in Summer 1978 with a friend. We were visiting LA on vacation, and doing the usual stuff: Universal Studios, Disneyland, every club we could get into, etc.

Anyway, my friend and I had some time to kill before we went out to the Nu-Art Theatre to see a midnight screening of Eraserhead (we’d seen Pink Flamingos at the same theatre the previous week), and guess who we saw drinking and laughing and having a “gay” old time? None other than Richard Deacon, Paul Lynde and Nancy Walker. This was just before Nancy Walker went on to direct Can’t Stop the Music. Hell, maybe that’s what they were laughing at, trading Alan Carr stories.

They were just cracking up with each other, and my friend and I asked the bartender to send them a round of whatever they were drinking. They got the drinks, and the server told them who sent them the drinks, and they looked in our direction and toasted us with big smiles.

As we were getting ready to leave we were waved over, and we introduced ourselves and I told them how great it was to meet them all. I was too shy to ask for autographs because they were out in public at as “private citizens” at a gay bar, but now I wish I would have. Who knew that Lynde and Deacon would pass
away not many years later.

Lasting impressions: Nancy Walker was so tiny, Paul Lynde was so very tanned, and had a great smile and smoked like a chimney. Richard Deacon was just really big.

Thanks Bill.  What a great story!

Added info about Richard Deacon replacing Roger C. Carmel on the Mothers In Law series. It seems Roger’s middle name could have stood for Coke as he was a notorious drug user who used blow and freebased at any opportunity. Desi Arnaz, who produced the show, heard about Carmel’s bad habits, including being late on the set, and refusing to come out of his dressing room until he felt like it. Carmel was told to clean up his act but was wigged out by the end of the season. Arnaz replaced him by using the morals clause. Carmel overdosed years later to no-ones surprise.

I thank Bob Siler for the obituary information on Dickie Deacon.